If you’re infuriated about immigrant children being separated from their parents, then you should know what reproductive justice it. It goes beyond the concept of reproductive rights in very relevant ways.

Recently, a news story circulated about federal authorities “losing track of” almost 1500 immigrant children. As the Washington Post points out, it’s a bit more nuanced than that, but still a disturbing trend: border officials are separating children from parents, apparently as a deterrence strategy, and the resulting damage remains severe, ranging from trauma to long-term legal status consequences.

A lot of people are horrified in the ways that children are being treated. Which is good, because sometimes outrage leads to action and hence larger social change. But this is not a recent phenomenon, which is where reproductive justice comes in.

The definition of reproductive justice goes beyond the pro-choice/pro-life debate and has there primary principles:

This was revelatory for me because I’d previously only been familiar with the concept of reproductive rights, which tends to cluster around the first component of their definition: the right to obtain various forms of contraception and abortion as relevant and needed. And Ross and Solinger do include in their definition a demand for “sexual autonomy and gender freedom for every human being” (9), which obviously dovetails with the idea of reproductive rights, because in exercising sexual autonomy we should all have the right to obtain protection, ranging from condoms to hormonal birth control.

However, sticking too closely to the concept of reproductive rights misses a few things. It misses the history of colonialism and slavery in America, wherein the bodies of African-American women were used as things of labor, and further to provide future enslaved generations to also generate free labor. It misses the history of genocide against Native Americans, who, when not being exterminated, were often forced to turn over their children to federal education boarding schools. In both instances, these women weren’t necessarily concerned about their freedom to not have children in the same way that many white women have been in U.S. history; instead, they were concerned with their ability to have and to keep children, to parent them in safe and healthy ways.

Reproductive justice, then, means bringing the idea of reproductive rights into conversation with social justice movements. Because, as Ross and Solinger have pointed out, the individual rights-based and choice-based discourse is incomplete; they draw attention to the fact that “individual choices have only been as capacious and empowering as the resources any woman can turn to in her community” (16).

Hence, we don’t just talk about access to birth control, and delaying having kids til you’re ready (if ever); we also make sure to talk about intersecting forces of oppression that make the conversation about birth control look very different for different populations. We don’t just talk about options leading up to a potential pregnancy; we also talk about care for the pregnant person, and what happens after. We talk about how removing women’s health care services increases maternal mortality rates (and the U.S. is already sickeningly high on that front). We talk about how whole communities are impacted by racism, xenophobia, and sometimes, policies enacted by the very government that is supposed to protect us.

…which brings us back to the ways in which immigrant parents and children are being treated today, in what is unquestionably a human rights abuse. It is not, however, new. Another article from the Washington Post details some of the ways in which enslaved parents and children were forcibly separated, for centuries of U.S. history. The common thread seems to be that until there’s sufficient activism and push-back from and on behalf of marginalized communities, larger systems of governance will not take parenting, reproductive, or community safety concerns seriously.

Ross and Solinger summarize the focus on parenting and community nicely here:

At the heart of reproductive justice is this claim: all fertile persons and persons who reproduce and become parents require a safe and dignified context for those most fundamental human experiences. Achieving this goal depends on access to specific, community-based resources including high-quality health care, housing and education, a living wage, a healthy environment, and a safety net for times when those resources fail. Safe and dignified fertility management, childbirth, and parenting are impossible without these resources. (9)

If you’d like to learn more, I heartily recommend their book. And you can see Loretta Ross talk about the origins of her reproductive justice work in this lecture on Youtube.

So again, if you’re upset about the missing children, or children separated from parents in cruel and traumatic ways, know that you have just tuned into what is a reproductive justice issue. It’s a bigger conversation than just condoms, and hopefully we can do more good by paying attention to the ways in which systemic ills hurt both parents and children. 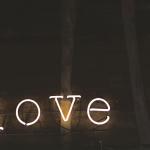 May 30, 2018
Why I'm Cool with Pair-Bonding But Not Enforced Monogamy
Next Post 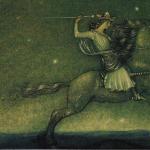