Are Christians Upset at Trump’s Suggestion That Places of Worship Need Armed Guards?

I am livid at the news of the Pittsburgh synagogue massacre, but even moreso at Trump’s suggestion that places of worship wouldn’t be as vulnerable if they had armed guards. Are conservative Christians on board with this, given the so-called war on Christianity?

As quoted as Vox, Trump stated: “If they had some kind of protection inside the temple, maybe it could have been a very much different situation.”

This is victim-blaming, in case you don’t recognize it with ease. And moreover, it is a suggestion that places of worship might need armed guards in order to be exempt from massacre. I wonder how that suggestion is going over with conservative Christians right now.

Or perhaps Trump only meant that folks belonging to marginalized religions, such as Jews and Muslims, should need armed guards to keep them safe in their houses of worship. I wonder if that applies to us atheists as well, reviled as we are, when we gather at secular conferences. I hope my pagan friends are also taking the appropriate measures to stay safe, come to think of it!

For all that I’m a cranky atheist (with a Jewish background, so this news hit me extra hard), I want people to be able to worship in safety and peace. If I were a religious person – and particularly if I were in a well-represented mainstream religion like one of the many denominations of conservative Christianity – I would be really friggin’ upset at the implication that places of worship need armed guards in order to keep their congregations safe. Then again, that would imply that I was into turning the reflective lens inward to assume that we should be taking steps towards treating people of all faiths (and no faith) equally.

I want to see members of all faith communities, especially those most vocal in the U.S. right now, up in arms about this egregious victim-blaming statement. For all that I’m not in religious establishments very often, I’m not keen to see them all require hired guards, and so I can only imagine that people invested in their religious communities must feel even more strongly about the issue. So speak up, dammit.

Because, while this sounds cynical, I’m not expecting Christians to say much except “thoughts and prayers” because it didn’t happen to them, and they know well that they’re in the mainstream, with their views disproportionately represented among political and other thought leaders. So it would be really pleasant to see Christian leaders push back against Trump’s comments implying that places of worship need armed guards, but I’m not going to hold my breath.

Oh, and a note from a folklorist: do not feed the conspiracy theory trolls. There will be conspiracy theories about this massacre, and those of us who are experts on this phenomenon urge you not to repeat them, even if you’re debunking them or making fun of them. This just feeds them, and yes we have research on this. (this is paraphrased from a colleague whom I’ll bug about said research when I get a minute) 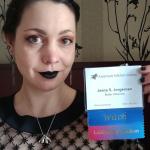 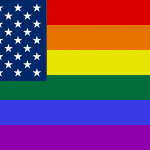 October 29, 2018 Dear U.S. Government: Trans People Exist. I Know Because I Research Them.
Recent Comments
0 | Leave a Comment
Browse Our Archives
get the latest from
Foxy Folklorist: Folklore, Culture, Sex
Sign up for our newsletter
POPULAR AT PATHEOS Nonreligious
1