Binary Gender Is a Fiction (No Matter What Your God Says)

Binary Gender Is a Fiction (No Matter What Your God Says) May 11, 2016 Jeana Jorgensen

A lot of my PhD coursework was in gender studies. This qualifies me to say that binary gender — the idea that there’s men and women and that’s it in the world — is BS.

Oh, I should briefly define gender. Let’s go with Scarleteen’s definition: ” It is a man-made set of concepts and ideas about how men and women are supposed to look, act, relate and interrelate, based on their sex. Gender isn’t anatomical: it’s intellectual, psychological and social (and even optional); about identity, roles and status based on ideas about sex and what it means to different people and groups.” I really like the detailed breakdown at Gender Spectrum, too.

Gender is often mapped onto sex (one’s biological/anatomical traits like chromosomes, anatomy, hormones, and secondary sex characteristics) as though they exist in a one-to-one relationship. But they don’t always.

Culturally, gender feels very real. And people’s experiences of it are real. But gender is a cultural construction. It varies between societies, regions, and eras. There’s very little about gender that’s universal, except maybe for people with wombs being more likely to be considered potential mothers and super generic stuff like that.

But specifically, the idea that gender only exists in a binary, or a dichotomy, or a dualism…that’s very Western. Many cultures have a third gender, such as the hijras of India. The Navajo recognize four (or five) genders depending on which sources you use. This PBS site has a map of cultures with non-binary gender systems.

The other way of evaluating whether the gender binary exists is to ask biology. While I’d urge you to read the work of scholars like Anne Fausto-Sterling and Alice Dreger, I can also briefly sum up some of their research here:

So, no, the gender binary is NOT upheld in the scientific record. Most people’s bodies do appear to conform to a binary of sorts, but even within male or female bodies there is a giant amount of variation: in hormone levels, in size (of primary and secondary sex characteristics like breasts and facial or body hair), and so on. Assigning people to the binary of either male or female is a flawed enterprise from the start. I certainly don’t want my conformity to femaleness or femininity measured by the size of my breasts, the lack of hair in “unacceptable” places on my body, or other traits that I apparently should or should not have. At the same time, I follow Dreger in asserting that gender isn’t 100% culturally constructed, and we’re still coming to understand just how much of gender and sex are biologically determined vs. socially programmed… but that statement doesn’t conflict with gender not being a rigid binary.

Religiously? I get that most creation myths – a prevalent form of narrative folklore – are about the creation of humankind, specifically in the forms of man and woman. So perhaps it feels like a bit of a betrayal to learn that there are other kinds of humans out there, who don’t identify as male or female, or who have physiological traits of both or neither, or who started as one and ended up as the other.

Someone told me that humans are made in the image of God, and God doesn’t make mistakes, so intersex people can’t exist… except in the case of sin/the devil… or something like that? As an atheist I don’t believe in God or the concept of sin, and at any rate, if your religious/cultural ideas are incapable of mapping onto the empirical existence of the world around you, they seem like not-so-great tools for understanding the world (and isn’t that the point of religion and culture anyway? to help us make sense of the universe around us?).

But here’s the thing: if you use any technology whatsoever, you’ve got to give my line of thinking a chance. If you’re reading this blog post on a screen of some kind, or you happen to enjoy electricity and cars, those things were brought to you by the scientific method, and technological experimentation/innovation. Those same exact processes have brought us a more nuanced understanding of gender and sex at both the cultural and biological levels, and it’d be disingenuous to enjoy your smartphone while discounting the information brought to us by the scientific method about other facets of life.

At this point? It’s not relevant if you believe people are made in the image of your deity/God, because gender and sexual variance is a part of humanity. It always has been and always will be. If you’re refusing to acknowledge this, you’re going counter to a body of information that runs parallel to other important medical, historical, and technological innovations that have been crucial to modernity. Which, I mean, I guess you could do. But it really doesn’t make any sense to me.

p.s. in case you hadn’t guessed, this blog post was prompted by […] I discuss some of the related issues in Gender is Not a Crime, and urge people not to fall into the trap of policing gender in restrooms in Don’t Let Transphobic “Activists” Force You to Play Their Game. 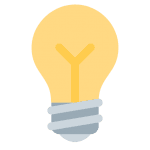