If You Can’t Respect Me as a Belly Dancer, Can You Respect Me At All?

If You Can’t Respect Me as a Belly Dancer, Can You Respect Me At All? June 28, 2017 Jeana Jorgensen

There are pictures of me on the internet with my belly showing. GASP. The indecency! How can I possibly expect anyone to respect me?! Quite easily, actually, if you respect women and humans with bodies in general.

I opened my keynote on the body in folklore with an anecdote about how my undergraduate mentor and folklorist extraordinaire, Alan Dundes, told me not to reveal that I was a belly dancer in grad school. It was too “risque” for the Midwest, according to him.

I ignored this advice and have been out as an academic who’s also a belly dancer since then. Mostly, my colleagues and students are curious about my involvement with the dance form, and have been respectful with their inquiries and comments.

I worry that people will make negative assumptions about me based on the fact that I do a dance form that’s often perceived in sexualized ways.

I wonder if a student or administrator will see the video and take me less seriously because there I am, showing my belly on the internet, having done so already in person at a performance.

I fear that people won’t understand the fact that I have professional boundaries and obviously wouldn’t show up to lecture in such garb.

Normally I dismiss those fears and hit “post” anyway, since this is my art form and I’m going to do it and share it no matter what else is going on in my life. But I thought it was worth noting that sometimes these fears pop up, and examining some of the reasons behind them.

I believe that respecting women no matter how much or how little skin they show is a basic principle of feminism. Showing skin is never an invitation to be touched or harassed. As folks in the cosplay community have taken to saying, cosplay is not consent. Similarly, pursuing arts that have less covered-up attire is not an invitation to have your competence in other areas of life questioned, whether we’re talking about belly dancing (where you don’t even have to show your belly, as not all costuming styles require it) or pole dancing (where wearing shorts is required once you get to a certain level of learning climbs and tricks, since skin grips better than most fabrics) or in the flow arts and fire dancing (where skin is likely to grip certain props better, like hula hoops, and where you need to either wear natural fibers or have skin showing to avoid the types of nasty burns that result when synthetic fabrics melt to your skin).

As noted above, showing your belly isn’t even necessarily a requirement for belly dancing in general. Some people belly dance because it’s a fun class to take once a week; others want to perform. There’s no right way to do it. Certain sub-styles nudge us towards certain kinds of costuming, though to be sure, there are times when revealing your belly helps show off a complicated move like a belly roll or belly flutter. I know that a lot of people experience shame when they contemplate the idea of trying belly dance or showing their bellies, so when I teach belly dance I make sure to let people wear what’s comfortable for them, and not allow body-shaming, or other shaming, language in my classroom.

But is there anything inherently sexy or inappropriate about showing your belly? Eh. I’m not so sure. It’s just another part of human anatomy, and one that in different cultures, isn’t seen as inherently sexual (I’m thinking here of India, where many women wear saris, and glimpses of belly happen all the time, without it being a huge thing in my experience).

See also: That Time Someone Called the Police on Me in Belly Dance Attire

In On Belly Dance and Feminism, I ruminate on this topic, concluding:

Can belly dance be sexy? Sure. But it’s so much more than that: a self-esteem boost, a way of participating in a community, a form of exercise, movement therapy, an expressive outlet, and so on.

My point in this post is that we all have bodies, and they’re exposed at some point or another for various reasons, in both private and public contexts. No amount of covering up or showing skin, done in a way that doesn’t, I don’t know, shoot lasers from your skin cells to obliterate people, should actually impact what anyone thinks of anyone else.

I’ve tackled this same topic, from a different angle, in my post In Order to Fix Professional Boundaries We Must Revolutionize the Meaning of Sex. In it, I suggest:

that we must symbolically and culturally detach sex from any kind of implication about a person’s moral or ethical standing, unless it’s a very specific sex act that causes concrete harm (such as rape, assault, abuse, molestation, harassment, stalking, and so on; arguments could be made about cheating on one’s partner doing harm to them, but that gets a bit more fuzzy).

If we expand the idea of detaching sexual practices from ethical/moral judgments to that of detaching sexy-appearing-outfits from ethical/moral judgments (as well as basic professional/competence judgments), you can see where I’m going here. If showing skin in certain contexts, in a way that doesn’t cause demonstrable harm to others, is enough to cause you to lose respect for someone, I’m really curious about what kind of person you are.

Because, at the end of the day, if you have trouble respecting me for showing a bit of belly in a performance, I wonder if you respect me as a woman and as a human being. When someone sexualizes my body for just existing, and maybe showing a little belly, I think the problem is with you, not with me, and with culture more generally for promoting these ideas in the first place. Modesty culture is rape culture, as this No Longer Qivering post explains.

The same principle of “don’t judge ’em for what they wear” applies, of course, to men and non-binary folks and genderqueer people and so on. It applies to women who choose to conceal, rather than reveal, their bodies, whether for personal or cultural or religious reasons. If showing or not showing body parts is the metric by which you judge others, I think it often comes down to sexism, shame, and sex-negativity even if the cited reason is “it’s inappropriate for someone in XYZ position” or whatever.

Body art conveys a lot of information about identity, yes. But we perceive bodies and body art through cultural lenses that come with plenty of beliefs, which we must challenge in order to avoid mistaken assumptions. Who is deserving of respect definitely falls into this category.

(for what it’s worth, this is the video I paused before posting, and I’m quite happy with how the performance went, though it was fairly experimental for me) 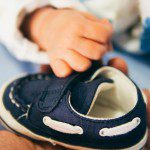 June 27, 2017
Don't Call Yourself Pro-Life If You Support Lifetime Caps
Next Post 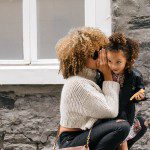 June 29, 2017 #FolkloreThursday: Horizontal vs. Vertical Transmission
Recent Comments
0 | Leave a Comment
Browse Our Archives
get the latest from
Foxy Folklorist: Folklore, Culture, Sex
Sign up for our newsletter
POPULAR AT PATHEOS Nonreligious
1