As a special form of body art, costumes can highlight facets of our identity, both group and individual, that are worth discussing from a belly dance perspective.

A week ago, I was at Shimmy Con, a local belly dance conference that had lectures in addition to dance workshops and performances. I was thrilled to be asked to give a lecture on my research on belly dance costuming, since as an academic folklorist who studies body art and folk dance I am all about these connections.

My lecture was titled “Communicating through Cholis: Group Identity and Aesthetics in Tribal Belly Dance Costumes.” One of the main things I wanted to accomplish in my lecture was to get my audience to under how how belly dance costumes, especially in tribal style belly dance, exhibit folkloric characteristics in terms of their creation, assemblage, and communication. I wanted to use an academic folklore studies framework to help audience members draw connections to their own experiences while interpreting the many meanings of belly dance costumes in various contexts.

A big part of my lecture was based on the distinction between daily dress and costume, which has a more specific meaning than in vernacular usage.

In Dressing Up Your Identity at Wonders & Marvels, my graduate mentor Dr. Shukla writes about her book Costume: Performing Identities through Dress:

Daily dress reflects personal identity; what we wear is affected by our body, age, gender, socio-economic class, personality, and style. Dress is who we are. Costume is often described as the clothing of who we are not. Costume is thought to be the clothing of others, of the people we are pretending to be.

In this book, I show that costume – like dress – is the clothing of who we are, but it signals a different self, one other than that expressed through daily dress.

Costume is set apart from dress in its rarity, cost, and elaborate materials, trims and embellishments, and in its pronounced silhouette, or exaggerated proportions. It is not meant to be ordinary, but, rather, evocative, urging the daily further along an artistic trajectory that leads to heightened communication and often culminates in a spectacle for public consumption. There is an implicit alternative persona that the costume permits its wearer to assume.

Reframing costume not as “dressing up like someone you’re not” but rather as “highlighting a distinct sense of self through special dress” is important to belly dancers, I believe, especially in the context of ongoing debates about cultural appropriation. I encouraged my audience members to think about how costumes function in their lives, and they were an engaged and vivid crowd with plenty to say, for which I was grateful. (though one person said they would’ve liked to hear more about cholis since they were in the title of my talk: short version, it’s a cropped backless shirt from India, part of many women’s daily dress worn under saris, that tribal belly dancers have borrowed and modified, to make machine-washable and out of breathable fabrics among other innovations; at belly dance events, you can often tell which people practice which dance genres based on who’s wearing cholis)

This remains an intriguing topic, so I’ll probably write a follow-up post at some point. But in the meantime, I’d be curious to hear about what others think when they think about costumes, dance or otherwise. 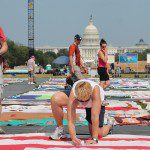 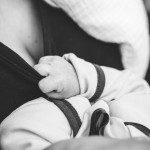 July 15, 2017 More Research on Postnatal Care, Please
Recent Comments
0 | Leave a Comment
Browse Our Archives
get the latest from
Foxy Folklorist: Folklore, Culture, Sex
Sign up for our newsletter
POPULAR AT PATHEOS Nonreligious
1