I Am a Dancer, Not a Ballerina.

This is a pet peeve of mine, perhaps a silly one, but it illustrates some of the larger cultural issues at work with dance literacy, art awareness, and stereotypes about bodies.

People mistake me for a ballerina all the time. I get stopped in public while out shopping, in airport restrooms, and in cafes. They say things like “You have such great posture…are you a ballerina?!” or “Wow I love your hair! You dance ballet, right?” Little girls ask if I’m a princess.

It’s cute. It’s flattering. But it’s also irritating, for reasons I’ll get into below.

Also: I tried to find a good pic of me with my hair in a high bun, which is often when I get these comments, but I just don’t have any. It’s possibly because I often treat it as a “quick and dirty” hairstyle for when I’m traveling or running errands, hence too busy and not in enough makeup to think to take pictures.

So, here’s the thing: ballet is beautiful, and it’s an important part of the Western artistic landscape… but it’s not the only dance form out there. It’s not the only high-art dance form out there, either. Making that assumption is ethnocentric and hence nerve-grating to me, both as a folklorist and dance scholar and as a dancer who teaches and performs subcultural and folk dances.

Conflating anything that looks like dance with ballet specifically is damaging to the diversity of dances out there, in my opinion. Implying that someone with excellent posture must be a ballerina of all the types of dancers out there is narrow-minded… and I suppose I can’t blame people for their lack of access to art education, given the state of education in the U.S., but it still rankles.

There are SO MANY dance forms out there that require amazing amounts of training, technique, and kinesthetic awareness. I’m thinking of the many styles of Indian classical dance, of flamenco, of various Chinese and Japanese courtly and theatrical dances, of Mexican ballet folklórico, of Polynesian dance… there’s just so much dance out there, and I’ll freely admit my own ignorance of many styles, which I might recognize superficially but not have any in-depth knowledge about.

Many of the above-listed dance forms are considered high art in their cultural contexts: they’re performed on stages; linked with national/ethnic identity; and have elaborate training, discipline, and body conditioning regimes. Many of them have special costumes and body art, separating them out from daily dress and embodied practices. Obviously elite dance forms aren’t any better or worse than folk or street dance forms – my point is that if people are reaching for parallels to compare a well-poised dancer to, they exist. They’re just not well-known in the West.

Further, the ideal ballet body is a very specific body type. It’s muscular but also very slender, willowy and lithe and pliable. I do not have that body type, so it amuses me when people think I do; there’s a lot of “fake it til you make it” in my posture, which conveys confidence despite me not being that slender. I worked hard to attain and maintain the level of fitness I have, so I’m proud of it and enjoy (appropriate types of) compliments. But I worry that associating bodies on the thinner end of the spectrum with “real” dance, a.k.a. ballet, perpetuates the notion that women’s bodies must conform to that image in order to be considered “real” dancers’ bodies.

Finally – and okay, this is really petty – I’m damned sick of people mishearing me when I say “I’m a belly dancer” and hearing “I’m a ballet dancer.” I know I’m soft-spoken and need to enunciate more, but jeez people! The Shit Tribal Dancers Say parody video relentlessly mocks this phenomenon.

I will never be a ballerina. I respect their training and their history. But “ballerina” should not be a gloss for “dancer” if we want other dance forms to have a place at the table. 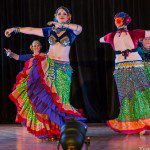 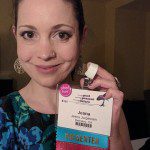 June 26, 2017 AASECT 2017: Conference Reflections
Recent Comments
0 | Leave a Comment
"Depending on what speech and whose speech."
ounbbl The U.S. Has Never 100% Upheld ..."
"Kneeling? Like in a photo people kneeling in front of photo of an ex-convict? BTW ..."
ounbbl It’s Not Free Speech Oppression If ..."
"Mixing medicine and public health with politics and ideology is a great show we have. ..."
ounbbl It’s Not Free Speech Oppression If ..."
"No answer is needed for this cursed gender-confused generation."
ounbbl WTF Is Gender?
Browse Our Archives
get the latest from
Foxy Folklorist: Folklore, Culture, Sex
Sign up for our newsletter
POPULAR AT PATHEOS Nonreligious
1