Dear Pence: Christians Are Not the Most Persecuted

Dear Pence: Christians Are Not the Most Persecuted May 19, 2017 Jeana Jorgensen

I am very cranky about VP Pence’s mis-characterization of religious persecution. I want to say Citation Needed in a huge way.

Throughout the world, no people of faith today face greater hostility or hatred than the followers of Christ.

My response? Sorry, you do not get to redefine words. Christians are facing the most hostility and hatred? Maybe in some parts of the world, but certainly not everywhere.

I don’t think it takes a lot of subtlety to see that Pence is echoing the same conservative Christian tropes about how persecuted Christians are in the U.S. And, sorry, but you do not get to say that being told to peacefully coexist with people you don’t like, people who are doing you no harm, is persecution. That, friend, is called the social contract. Revisit Hobbes, Locke, and Rousseau if you need a refresher (I rather like this peer-reviewed academic source on social contract theory).

This reminds me of how not giving fascists speaking outlets is being framed as oppression (hint: it’s not). I hope that more folks in the media will call out this bullshit and not let people redefine words or get away with baseless (or citation-less) assertions.

Later in the transcript, Pence speaks out disapprovingly about the horrible things Christians suffer around the world: “intimidation, imprisonment, forced conversion, abuse, assault, or worse.” I find it sickeningly ironic that Pence has been involved with promoting gay conversion therapy for teens and says stuff like this.

Anyway. Strive for precision with language. Hold journalists, writers, and politicians accountable for their language use. Never forget that language can be weaponized, and that one of the ways that happens is by letting people render specific words meaningless. 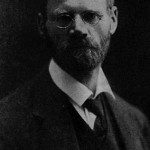 May 18, 2017
#FolkloreThursday: The Epic Laws of Folk Narrative
Next Post 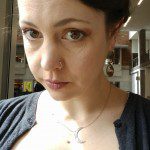 May 20, 2017 Deciding the Future of Folkloristics at #FOAF2017
Recent Comments
0 | Leave a Comment
"Oddly, my own experience of college as a student was that with a few exceptions, ..."
Jim Jones What Do I Even Write About ..."
"Its what you do that matters not what you say. with that being said freedom ..."
Brianna LaPoint The U.S. Has Never 100% Upheld ..."
"Depending on what speech and whose speech."
ounbbl The U.S. Has Never 100% Upheld ..."
"Kneeling? Like in a photo people kneeling in front of photo of an ex-convict? BTW ..."
ounbbl It’s Not Free Speech Oppression If ..."
Browse Our Archives
get the latest from
Foxy Folklorist: Folklore, Culture, Sex
Sign up for our newsletter
POPULAR AT PATHEOS Nonreligious
1