Dear U.S. Government: Trans People Exist. I Know Because I Research Them.

I’ve been researching transgender identities and issues for over a decade, so I’m appalled at the U.S. government’s erasure of them on its official websites. Here’s why you should be up in arms too.

I read this morning that the U.S. government has erased every mention of transgender people from major websites such as those belonging to the U.S. Department of Health and the Office of Civil Rights.

And while I’ve got colleagues who are far more expert than me on this topic, and can no doubt write more eloquently than me, I feel compelled to speak up.

I mean, I’ve only read about a dozen books on transgender topics (though it’d be a few dozen if you count gender identity more generally), and a couple dozen peer-reviewed articles, and countless websites run both by reputable agencies and by individuals who are activists and/or allies. I’ve only been teaching about this topic in my college classes for about a decade, and I’ve only presented at a few conferences on some of my research on trans identities (I have yet to publish any of it; the world of academic publishing moves at a glacial pace and I’ve prioritized other things). Of course, now I am tempted to do even more research, motivated partly by spite, though I can imagine that applying for grant funding to study a group that supposedly doesn’t exist I’m rolling my eyes so hard right now arggg would be, er, complicated.

But even with my measly knowledge, I probably still know more about the folks in the government making these decisions. According to them, this demographic does not exist. Approximately 1.5 million Americans, and often marginalized ones at that, apparently do not merit mention.

This is an affront to scholarly knowledge. All scientists, academics, doctors, and therapists should be pissed off at this attempt to de-legitimize our decades of research on a demographic that absolutely, irrefutably exists. We know this because we’ve done the work – interviews, fieldwork, medical studies, observations – and we’ve presented it at academic conferences and published it in peer-reviewed journals and books. This is the same application of the scientific method that brings you cars and cell phones and vaccines, by the way. This is why the U.S. government’s asinine move is an affront to all of scholarship and science.

This is an insult to teachers. We need to protect the most vulnerable among our students, those most likely to experience bullying and mental health issues, and the U.S. government just said this demographic does not exist. Teachers everywhere should be really damn upset at this move to make illegitimate one of our groups of students. They’re under our care and we need to do right by them.

We know that gender is more than sex, and that there are more than two of each. Science tells us this, and cultures worldwide have told us this for millennia.

And if you’re getting schooled on these things by me, a folklorist, then you’ve done fucked up. Seriously. What we study is just as real as any other academic field, though it’s often confined to the margins by the pervasive trivialization of folklore. But traditional cultures everywhere open up windows onto gender and sexuality topics that are far more diverse and compelling than the mess the U.S. federal government is currently limiting its views to.

Oh, and a brief note: I try not to conflate the experiences of transgender and intersex people (though there are some who overlap) because they’re slightly different things, but I also don’t want to neglect to mention that intersex are also ill-served by this move. Rigidly defining gender as anatomical/birth sex hurts intersex folks too.

I would keep ranting but I need to go teach. About topics that apparently do not exist. FFS. 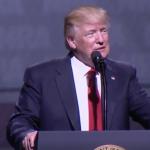 October 27, 2018
Are Christians Upset at Trump's Suggestion That Places of Worship Need Armed Guards?
Next Post 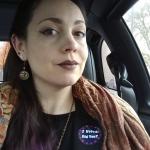 November 16, 2018 Why I Teach about Race as a White Person
Recent Comments
0 | Leave a Comment
Browse Our Archives
get the latest from
Foxy Folklorist: Folklore, Culture, Sex
Sign up for our newsletter
POPULAR AT PATHEOS Nonreligious
1