Missed the preceding part of this post? Find it here. In short, I’ll be dealing with humor about World War Two, primarily Nazi jokes in this section.

My first category of American humor deals with Germans, though not directly with the Holocaust.  Two items of folkspeech provide names pertaining to Germans:

The first can be used to indicate anyone who never questions authority, and the second refers to Germans themselves, for always following orders.  Both of these items reveal contempt for anyone who is not sufficiently individualistic, i.e. American.  This interpretation is contiguous with Berger’s explanation of superiority theories—these terms for followers are humorous because they rely on the derogatory aspects of another group, specifically a group that Americans feel hostile toward because the Germans’ ability to follow orders made them formidable overseas enemies and allowed them to, with unprecedented efficiency, almost exterminate a group of people.  One could apply projective inversion to the attitude found in these two items and wonder if some (anti-Semitic) Americans didn’t actually envy the Germans for being able to quite nearly rid themselves of the Jewish “nuisance.”  My next item is a song with lyrics as follows:

Hitler has only got one ball, Goering’s are very very small,

Himmler’s are even littler, and Goebbels has no balls at all.

This item, referring to the size of eminent Nazis’ sex organs, can also be interpreted in light of superiority theories.  Yet Americans would find this song humorous not only because it makes them feel superior to the poorly endowed Nazis, but also because it feminizes them, thus making them seem less of a threat.  Again, there might be an element of projective inversion in this item—if Americans felt at all impotent against the powerful war machines of the Nazis, then the Americans might have projected this feeling onto the Nazis in order to better come to terms with it.

My next items are jokes proper.  Here I have two versions of the same joke:

How do Germans tie their shoes-ies?

How do Germans ties [sic] their shoe laces?

The first, about how Germans tie their shoes-ies in little knot-sies, could again be a method of insulting the Germans/Nazis by making them appear childish, hence non-threatening.  This scheme is incongruous with history because German culture is older than American culture, and some might argue that the Germans have made more intellectual contributions to the world than Americans—thus making the Holocaust an aberration in their national character?  This is the paradox at the heart of this joke: how could the infantile Germans invade a large portion of Europe and massacre 12 million people?  Projective inversion tells us that it is possible that Americans feel infantile compared to Germans, and in order to conquer these feelings (as well as the Germans!), jokes such as this one come into existence.  The next joke also most likely utilizes projective inversion to rationalize the German invasion of France:

Why are the streets of Paris lined with trees?

So the Germans can march in the shade.

The French must have wanted the Germans to invade because they made their streets so hospitable to them.  This blaming-the-victim technique absolves the aggressor of any guilt and also absolves the American joke teller and audience of any guilt, though it is difficult to generalize about the intended audience of this joke because the informant apparently learned it from a newspaper—not an ideal source for transmission of folklore.

American materials that manifestly deal with the Holocaust tend to be jokes, rather than other genres.  Most jokes are riddling types (question-and-answer format), whereas only one item I collected could be classified as narrative or anecdotal.

It seems that earlier this year at JFK Airport in New York a Pan Am 747, on which Leslie [the informant] was working, was delayed in taking off.  It was blocked by a Lufthansa 747, which had been cleared for taxi-ing and takeoff before the Pan Am carrier.  The Lufthansa plane was missing a passenger and was frantically paging him throughout the terminal: “Mr. Goldstein, your flight is waiting for you.  Please come to gate 38 and board immediately.”  Now, the radio hookup was such that the tower could talk to the cabins of both the Pan Am and the Lufthansa planes, and each plane could talk to the other.  The tower, by now almost as impatient as the Pan Am crew and passengers, began asking the Lufthansa captain if he was sure that passenger Goldstein hadn’t already boarded.  The captain replied that, yes, he was sure.  “We have checked and doublechecked the number of passengers; we have looked everywhere, even in the toilets.”  At this point someone (Leslie says no one knows—whether the captain, the co-pilot, or navigator) from the Pan Am cockpit (it was a strong “American” accent) chimed in, “Have you looked in the ovens?”  Then there was silence.

During the aircontrollers strike in the early 1970s there was a large line up for take off at O’Hare airport in Chicago.  There were so many airplanes waiting on the ground that there were two hour delays before takeoff.  Over the air comes…”Ground Control this is Lufthansa one..two..three.. Vee haf to return to the gate, we’re missing a passenger.”  There is a silence for a few seconds then a voice says “have you checked the ovens?”  The reply from the Lufthansa plane was “I don’t think that’s very funny.”

The two versions of this joke are from the 1980s, and though they physically take place in an American airport, the dialogue occurs over radio, a liminal space.  Only one joke specifies that a Jewish passenger is missing, but in both texts, the cheeky American makes the logical leap that anyone missing in a German-controlled atmosphere could have been incinerated in the ovens.  Structurally, it is significant that the American has the last word in the exchange, just as Americans had the last word in the war.  The setting is also significant, as the American has a chance to verbally triumph over the Germans on American territory, the pleasure of which had been denied Americans overseas.  In this sense, the joke functions as a wish-fulfillment fantasy for the American teller and audience—they can put down the Germans on their own terms.  However, the joke also reflects an underlying lack of concern for the supposed victim of the Germans; the main reason the American in the joke makes the quip is that the German plane is holding up either the American plane or a host of other planes.  Efficiency is the key concern, which is another incongruity, because it was the Nazi affinity for efficiency that propelled the development of the technology used to execute the Holocaust.  The Americans, of course, are as uninvolved in the misplacement of the Germans’ passenger as they were in the massacre of the Jews in the Holocaust, or at least this is what the joke signals Americans would like to believe for the sake of their collective conscience. 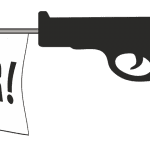 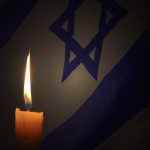 November 28, 2016 Dehumanized and Rationalized (4/6)
Recent Comments
0 | Leave a Comment
Browse Our Archives
get the latest from
Foxy Folklorist: Folklore, Culture, Sex
Sign up for our newsletter
POPULAR AT PATHEOS Nonreligious
1

Quote of the Day: Republicans and the Economy
I had a rant about the Republicans earlier and there were some...
view all Nonreligious blogs
What Are Your Thoughts?leave a comment
Copyright 2008-2020, Patheos. All rights reserved.