Empathy for Women Should Not Be a Magic Plot Device

Empathy for Women Should Not Be a Magic Plot Device July 8, 2019 Jeana Jorgensen

I am reading YA novels alongside feminist theory alongside fairy tales these days, and I’m pretty horrified at a phenomenon I’m noticing: that men having empathy for women’s feelings is apparently a magical power, and a sexy one at that.

This summer, I’m working on a book chapter on gender and sexuality in fairy tales within the modern era (1920s through present, and in various forms of media) so it makes sense that my reading list contains a bunch of feminist theory along with fairy tale retellings. Plus, I read feminist theory as a lifeline, as a way of making sense of a world wherein my rights are often those of a second-class citizen, even after all the gains that have been made.

And I noticed something, and it’s really bothering me.

I’m partway through a YA novel called Graceling by Kristin Cashore. I’m enjoying it because I tend to enjoy fantasy novels, and it’s got a strong female protagonist, which is always a plus. But – and this is a minor spoiler – I put together something disturbing about the main love interest, whose magical power is a type of enhanced-telepathy sort of thing whenever another person is thinking about him.

On the surface, sounds great, right? You’ve got a love interest who becomes a lover, and he can almost read your mind. This leads to greater compassion and understanding, not to mention better sexytimes because he can anticipate what you want, where you want it, how you want it, etc (side note from a sex ed perspective: I understand the draw of this fantasy in a culture where we’re not taught how to talk about our sexual desires, but I think it’s waaaay better to develop that skill set than not).

However, I believe the end result of this magical plot device premise, one I have noticed in other supernatural romances as a genre, is to assert that you can’t actually expect (heterosexual, cis) men to have empathy for (heterosexual, cis) women on any regular basis. Naw, that shit’s gotta be magic.

Further, I’m pretty bothered by how much this desire for being completely seen and understood is being cast as a fantasy, as wish fulfillment. And I get that it would be, in a world where mansplaining and sexual harassment are regular occurrences, showing that many men don’t know and don’t care what women think/feel. But I don’t want it to be so.

Kate Manne, in her wonderful book Down Girl: The Logic of Misogyny, argues that misogyny is a form of gender policing meant to keep women in their place. It is not necessarily objectifying and dehumanizing as is often argued; rather, Manne asserts:

But instead of placing the emphasis on recognizing someone’s humanity (or failing to) […] we can distinguish between a (self-) recognized human being – e.g., white men who are otherwise privileged in most if not all major respects – versus a human giver, a woman who is held to owe many is not most of her distinctively human capacities to a suitable boy or man, ideally, and his children, as applicable. […] A giver is then obligated to offer love, sex, attention, affection, and admiration, as well as other forms of emotional, social, reproductive, and caregiving labor, in accordance with social norms that govern and structure the relevant roles and relations (301).

Manne’s argument here is that women are punished when they are not appropriately giving of sexual and emotional labor, love, and so on. When women in turn demand these things, we are punished even more vehemently. And what I see in this spate of YA novels and fairy-tale retellings is in one way subversive, since it shows women characters demanding and acting to obtain these kinds of love to which they would not normally be entitled. Which on the one hand is cool, and I understand that fantasy (both imaginative/sexual/erotic fantasy and fantasy the literary genre) can indeed be quite subversive. But on the other hand, ew, are we still fantasizing about women receiving basic human rights and further making it sexy?

As Manne writes, women are obligated to give these feminine-coded emotional, social, and sexual services to men, with one corollary being that the receiving man needs to – ironically for the connections I’m drawing here – be able to “‘read her mind’ to be assured that the relevant personal services are genuine” (131). In other words, she needs to be wholly, truly invested in servicing him unconditionally, in this accounting of how patriarchy works.

We see this phenomenon in fairy tales, too. My folklore colleague Linda Lee has been working on ATU 425C, “Beauty and the Beast,” in conference papers, arguing that we as audience are positioned to have increased empathy for the Beast and other lesser-known beastly bridegrooms from oral tradition (King Wivern, anyone?!). The feelings of the women who are spurned for being wicked sisters or bad brides don’t matter; the fact that the tale’s protagonist locks in on the Beast’s feelings, and that he locks in on hers due to her virtue, is what matters. It guarantees her survival and their happily-ever-after, which is messed up when you pause to think about it.

And that’s what gets me: there’s no culturally legible way to make the reverse seem feasible. Playing “let’s swap the roles” is still one of my favorite tools in my feminist toolbox, since it’s such a useful way of highlighting gendered double standards and double binds. We don’t need to tell stories about women who are supernaturally attuned to men’s desires and needs because that’s already in the dominant cultural logic. It’s simply expected that women tune in and put out. Obviously people still fantasize about it (porn, for example), but it’s not narrative fodder in the same way that men having magical empathy abilities is, at least not that I’ve observed.

Anyway, this is just meant to be a brief, off-the-cuff blog post about something I noticed in my research. Other examples come to mind, such as how tuned-in male lovers like Edward in Twilight are to the feelings of their love objects, but I’m sure there are more out there. What do you think? 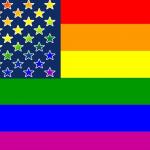 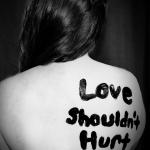 July 11, 2019 Why I'm Obsessively Reading About Misogyny
Recent Comments
0 | Leave a Comment
Browse Our Archives
get the latest from
Foxy Folklorist: Folklore, Culture, Sex
Sign up for our newsletter
POPULAR AT PATHEOS Nonreligious
1

Well, which is it? Airing some double standards.
Sabatini's comments are in line with a bizarre celebration of violence that...
view all Nonreligious blogs
What Are Your Thoughts?leave a comment
Copyright 2008-2020, Patheos. All rights reserved.