Evaluating Androcentrism in My Life

Androcentrism is alive and well – even in my life, which is uncomfortable for me to realize and write about.

I was listening to Sex Nerd Sandra episode 152, interview with Dr. Lisa Wade, recently. The topic was hookup culture, and Dr. Wade’s assertion was that hookup culture is essentially American culture: it’s a form of relating that emphasizes agency, looking/feeling sexy, quick fulfillment, and performing sex. It makes so much sense when put that way, right? She also traced this to historical developments in American views on sexuality, which have evolved in such a way that women trying to gain access to the same resources and opportunities that men have always had ended up taking the shape of embracing a form of sexuality that is more aligned with stereotypical men’s sexuality than women’s (e.g. valuing physical intimacy over emotional intimacy). So when the women’s liberation and civil rights movements were becoming part of the American cultural landscape, many women seized the opportunity to act like men always had, which looked like more casual sex and less committed sex.

Here’s where this gets uncomfortable: I was a tomboy growing up, and I’ve continued to embrace a number of “masculine” features in myself. I’m proud of being independent, driven, and unapologetically intellectual. I’m more physically disciplined than most people I know, having run a marathon and two half marathons, while also rock climbing, doing yoga, and dancing. I do pull-ups, for goodness’ sake. I’ve historically been more like “the guy” in relationships since I don’t always like talking about emotions, too. And I was no stranger to hookup culture and casual dating in college and grad school; it was a good fit for how little emotional intimacy I wanted from my social and relationship relationships.

And it’s really tough for me to figure out where I’m just acting in alignment with the parts of my personality that have always been there (according to my mom, I emerged from the birth canal with a book in hand, and I’ve been a bookworm since) and the parts that androcentrism helped put there. I engage in enough stereotypically feminine pursuits – hello, belly dancer here, plus I cook, bake, knit, and enjoy presenting as femme – but some of that has been in response to innate traits of mine as well (I wear skirts and play up my feminized appearance a lot of the time because women’s clothing fits my body and especially my much-hated thighs better than men’s clothing).

I try not to engage in masculinized pursuits in such a way that entails putting down feminized pursuits. I’m not one of those women who’s like oh I only hang out with dudes because other women are just so catty. So I like to think my identity isn’t too much of an expression of internalized misogyny… but hearing about the concept of androcentrism resonated with me so much that I felt compelled to explore it a bit here in a blog post.

I don’t think it’s wrong to like things associated more with boys or with girls, but how we talk about these issues does matter. If I’m ever veering too much into androcentrism in a douchey way I hope the people in my life will call me on it, and I’ll similarly initiate these conversations with folks if I think it’s relevant. 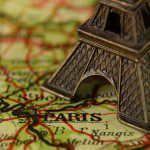 June 18, 2016
Thoughts from a French Muslim Sexologist
Next Post 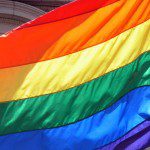