Fed Up with Complicit Women? Consider Why They Buy in to the Patriarchy.

Fed Up with Complicit Women? Consider Why They Buy in to the Patriarchy. December 23, 2017 Jeana Jorgensen

For all the thought-provoking and vulnerable #MeToo posts, there are a few posts lamenting women who go along with patriarchy and protect abusers. It happens for a reason, you know. 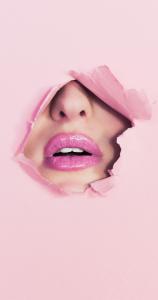 In order for slut-shaming and rape culture to work, there needs to be a hierarchy: virgins and whores, good girls and badgirls, sluts and prudes. There need to be clearly defined rules of engagement: do this to remain virtuous, whereas doing that will get you kicked out of the exclusive club of model femininity.

It’s a flawed premise, but I get why people buy into it (and it’s not like they’re presented with other options). It shows you that if you act the right way, there are rewards. If you can handle the harassment, there’s a job for you at the other end of the ordeal. If you can just snag yourself a good enough man, the respectability of heterosexual monogamy (and probably motherhood) will shield you from much of the bullshit.

But it’s all a lie, of course. Being a good girl and playing by the rules won’t protect you.

I understand its appeal, though. Shit, dude, there’s a thing I can do that’ll get sexual predators off my back forever?! Sign me up! A magic pill I can take, a rhyme to utter, a way of performing my gender that becomes all-encompassing and molds my brain into compliant femininity and… okay, maybe this isn’t so appealing a fix after all.

What the #MeToo movement has widely revealed – to those not already in the know – is that there is no protection against harassment, assault, rape, and the entire spectrum of sexual violence (much of which of the less-severe end of the spectrum, Rebecca Traister points out, isn’t actually experienced as sexual but rather as fatiguing and frustrating when we’re just trying to do our jobs and live our lives).

The women who’ve bought into the patriarchal conditioning are invested in a system that promises to reward them if they behave correctly. Other people pointing out that the rules are unevenly enforced, and never fairly at that – as feminists have always pointed out – thus challenge the very fabric of social meaning.

Nobody wants to hear that they’ve lived their entire life according to a skewed set of rules. Obviously. And that’s one thing happening in the current cultural moment, which I gather is difficult for many women and men.

On the flip side (moving from those who are more marginalized to those doing the marginalizing), it can be tough for white folks to learn what privilege is, to have to confront the supposed existence of American meritocracy and see it for the lie that it is. It’s worse to realize that we’re complicit in upholding racist systems. Because if we’ve spent all our lives aiming for certain goals, only to realize that the goal posts were never rewarding us for being good at what we trained at, but rather for being competent enough but also white, and/or giving off the right socioeconomic class cues? Ugh, that’s uncomfortable to say that least.

Throw in intersectionality – how occupying multiple identity categories can compound oppressive experiences – and it only gets more complicated. When you’re oppressed on one axis but not on another, how do you even begin to parse which social rules you should follow, and which are meant to keep marginalizing you?

This is similar to the idea of hazing as a rite of passage: once you’ve put in the time attaining a certain group identity (particularly if you had to suffer to do so), you probably want to keep whatever status you’ve gained. You probably want entry-level folks to go through what you did, because it’s only fair, right?

There’s nothing inherently wrong with paying your dues. But if we as a society insist on dues being paid to supposedly make it so that you’re less susceptible to sexual assault? We’re doing it wrong. I can see where folks fall into the mental traps of “If I do XYZ I’ll be safe, I’ll be fine, I’ll get ahead of the game” when doing so inherently throws others under the bus, but we need to have more education and conversations about this so we can do better.

Photo from Unsplash by Ian Dooley. In public domain.

December 26, 2017 Why Conceptualizing Sex as Commodity Dooms Consent
Recent Comments
0 | Leave a Comment
"Oddly, my own experience of college as a student was that with a few exceptions, ..."
Jim Jones What Do I Even Write About ..."
"Its what you do that matters not what you say. with that being said freedom ..."
Brianna LaPoint The U.S. Has Never 100% Upheld ..."
"Depending on what speech and whose speech."
ounbbl The U.S. Has Never 100% Upheld ..."
"Kneeling? Like in a photo people kneeling in front of photo of an ex-convict? BTW ..."
ounbbl It’s Not Free Speech Oppression If ..."
Browse Our Archives
get the latest from
Foxy Folklorist: Folklore, Culture, Sex
Sign up for our newsletter
POPULAR AT PATHEOS Nonreligious
1