There’s so much to say about sex in fairy tales, and I only have an hour in which to do it, arg! If you’re in the Bay Area, consider dropping by; I promise it’ll be entertaining.

Here’s the long abstract for my talk on March 17:

Despite the recent Disneyfication of fairy tales, the folk narrative genre has long been performed by and for adults. This lecture will examine the patterns of gendered sexuality that emerge in a broad corpus of tale texts, with a special focus on how gender roles inflect sexual behavior. Drawing on feminist and queer theories as well as folkloristic analytical tools such as tale type, motif, and theme, this talk shall provide an overview of sexual behaviors in fairy tales. Further, it will be argued that the European fairy tale’s use of magic in sexual contexts does not function as wish fulfillment, as has long been argued about fairy tales, but rather reinforces binaristic and conservative gender and sexual norms.

As the talk begins to take shape, I’m still deciding which texts and theories I’m going to use, but I can say that there’ll be an emphasis on texts where the characters are using magic either to get laid or to trick people into thinking they’ll be having sex, but don’t. Like, surprise…I’m interested in how monogamy and non-monogamy are depicted in fairy tales, and how the gender of the characters either makes possible or forecloses those options.

I’ll probably discuss versions of some well-known tales (such as variants of beastly bridegroom tales like ATU 425 and 433), alongside lesser-known tales (like “The Rabbit Herd,” ATU 570). I’ll also wander by some structuralist and semiotic theories, like trying to account for how Propp’s latter functions and Holbek’s (optional, but somehow only applies to women?) Move IV are very much geared toward securing marital fidelity but in gender-segregated ways. As in, how you have to (magically or not) defeat a same-sex rival depends on your gender. And how it’s okay to show desire, or be desired, or use magic to attain your desires, is also very gendered.

Because of this element of competition I might incorporate queer and feminist theories of homosociality. I’m also curious as to whether the semiotic approach that Holbek tosses around in his book could be queered, but then, I also don’t know if the topic would require too much scaffolding to be useful in an hour-long talk (plus I need to brush up on semiotics squares, which are just BEGGING to be queered, used by folks like Bremond and Greimas that Holbek touches on).

…folklore peeps, I’d love some feedback here! I know there aren’t a ton of traditionally-trained scholars of old-school folk narrative topics just hanging around, so I’m trying to decide how much background I’d have to fill in before I could get to the interesting stuff. Getting through Propp and Holbek, and defining tale types, should be pretty quick and easy… but the rest? How far down the rabbit hole of structuralism should I go? Especially if I’m also trying to use a feminist and queer lens to interpret my materials?

With one keynote speech under my belt, I am not freaking out about this as much as I might otherwise be… but I’m still pretty nervous. It does help, as one colleague recently reminded me, to remember that I’m the subject expert in the room. There’ll definitely be some high-level theory, but we’ll also dive into some really interesting texts and look for patterns that just might reinforce Western gender and sexuality norms that still impact us today.

So, please help spread the word, and come out if you can! I’m told there’ll be a reception to follow, and who can pass up free food after fairy tales?! 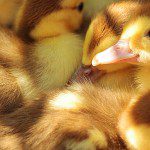 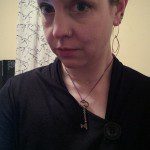 February 27, 2017 Advice on Writing (and Activism) in Tough Times
Recent Comments
0 | Leave a Comment
"Depending on what speech and whose speech."
ounbbl The U.S. Has Never 100% Upheld ..."
"Kneeling? Like in a photo people kneeling in front of photo of an ex-convict? BTW ..."
ounbbl It’s Not Free Speech Oppression If ..."
"Mixing medicine and public health with politics and ideology is a great show we have. ..."
ounbbl It’s Not Free Speech Oppression If ..."
"No answer is needed for this cursed gender-confused generation."
ounbbl WTF Is Gender?
Browse Our Archives
get the latest from
Foxy Folklorist: Folklore, Culture, Sex
Sign up for our newsletter
POPULAR AT PATHEOS Nonreligious
1