Folk dance is a large and amorphous topic, but as with any field that studies the human body’s relationship to culture, it offers vital and intriguing insights.

As both a dancer and a scholar of dance, I’m always thrilled to talk about dance. But what makes a dance a folk dance? That’s what we’ll get into today for #FolkloreThursday!

First, we have to define dance, which is no small task. Dance anthropologist Anya Royce (with whom I took classes while doing my graduate work at Indiana University) defines dance as

the body making patterns in time and space

This is a broad definition. I like it because it can refer to things we might not normally think of as dance, like yoga and tai chi and walking a labyrinth. However, I like to consider dance as having additional elements to it, something like intention or creativity. I explore these aspects of dance in my blog post Form and Intention.

So if dance is patterned movement (likely with intentional and/or artistic elements), folk dance would be dance that also meets the criteria of folklore as expressive culture. Folklore is informally transmitted traditional culture, often sorted into native genres by its practitioners. Folk dance, then, is patterned movement that we can observe unfolding within a folk group and being transmitted through less-institutional means, retaining relevance to the people who practice it.

Examples of folk dance might include the dances we learn from our families, from our peers, and in other informal situations. Certainly many forms of folk dance are now commercialized, such that we pay to take classes and attend organized events. But in order to be considered folk dance, these dance forms must retain a connection to tradition. They can’t be all-commercial all-the-time, or such highly codified forms (like ballet) that only those who’ve paid to study since childhood have a shot at learning these styles.

The informality central to folk dance doesn’t mean that dancers of all styles don’t have their own folklore. I’d argue that for all that ballet’s not a folk dance (at least not currently), the folk group of ballet dancers probably has a lot of shared folklore (customs, dress, and so on). My favorite dance style, American Tribal Style® Belly Dance, is fairly codified thanks to the certification process that ensures that it remains an intelligible dance language… but there’s still plenty that’s folkloric in nature happening in/around the dance form.

While the performance of dance is unarguably appealing and compelling, there’s more to talking about folk dance than talking about its performance. Performance studies can offer a valuable lens through which to observe the emergent nature of dance, but it’s also useful to investigate the body art associated with dance (such as costumes and body-sculpting strategies), the personal narratives that dancers tell, the customs and etiquette of various dance communities, and so on.

Folk dance has different meanings in different contexts, though. The Society of Folk Dance Historians offers a multifaceted definition of folk dance, relying on the devolutionary premise to categorize dances as either “folkloric” or “folky” in nature (the former serve a metaphysical purpose in their communities; the latter have lost their original intent but are still traditionally performed). I’m not too hung up on this distinction, given that I tend to view the transmission process, not the intent, as what makes something folkloric in nature.

One of the best reasons for studying folk dance is that it is a way to visually and kinesthetically display identity. Many early studies of folk dance focused on emerging nationalist movements and how folk dances represented nationalistic identities. Gender is another identity prominently displayed in dance. As I argue in my keynote on the body in folklore, folk dance often is based on constructions of ethnicity and nationality…which means it’s also problematic at times:

the bodily constructions in body art and folk dance are subject to stereotypes, stigma, and other forms of folk belief. These assessments impact how we view others, and how we ourselves are viewed, forming a part of a coherent cultural whole about which bodies are welcomed into which spaces, and which are treated with disdain if not outright violence.

The constraints laid upon gendered and sexualized dancing bodies – how it’s appropriate or inappropriate or even legal to move, see, and be seen – are yet another reminder that dance is a pathway to cultural values. As a belly dancer, I’d be remiss in not mentioning how the local interpretations of Islamic law impact whether women can dance publicly in the Middle East, and what their costume options are. In some folk dances, men and women have completely different movement vocabularies accessible to them. I’m thinking of Polynesian dance in particular; check out the difference between Tahitian men’s and women’s dancing in this side-by-side performance (and speaking of gendered movement vocabularies, I love to show my classes videos of Hawaiian men’s dancing because most American students don’t expect men to be able to move their hips like that).

Studying folk dance gives us a way to understand what people think is traditional and true about bodies (gendered, ethnic, and so on). Folk dance is often more egalitarian and accessible than other dance forms, especially elite ones like ballet, but it still constructs and represents bodies in particular ways, and as cultural scholars, that’s what we’re into analyzing. It doesn’t hurt that studying dance is also engaging and fun! 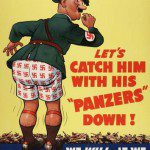 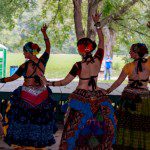 December 2, 2016 If You Love Dance, You Love Diversity
Recent Comments
0 | Leave a Comment
Browse Our Archives
get the latest from
Foxy Folklorist: Folklore, Culture, Sex
Sign up for our newsletter
POPULAR AT PATHEOS Nonreligious
1