Are you the person who always messes up the punchline of a joke? You, friend, might be a passive bearer of folklore.

Now that we have a more nuanced understanding of what folk groups are, we can dig a little deeper and ask what distinguishes the people in folk groups from one another. Who are the ones who stand out as superb storytellers and joke tellers? Who are the ones making sure there’s someone to carry on their legacy of the particular type of holiday food, or body art, or narrative?

We have Swedish folklorist Carl von Sydow to thank for the concept of active and passive bearers, which addresses these questions. Not everyone in a folk group engages with folklore in the same level; folk groups are rarely homogeneous. What’s actually going on is that some people are deeply familiar with given folklore genres and items, and others are only passingly aware of them. We call these people active and passive bearers, and identifying them lets us get deeper in to the “how” and “why” of folklore transmission.

See also: The Functions of Folklore

An active bearer (or carrier) of a folklore genre actually tells the tales, sings the songs, and cooks the traditional holiday foods. They know the recipes, the methods, the ritual formulas. They’re not always seen as performers, but they’re often held in high esteem in a community. In contrast, the passive bearers will recognize the folklore when it’s told, performed, or created, but they won’t necessarily be able to replicate it. It’s common for active bearers to be the ones involved in bringing folklore to new regions and groups, or to help document and preserve it for future generations.

The distinction isn’t always helpful for studying/documenting every genre of folklore, though. As Alan Dundes explains:

Von Sydow’s distinction appears more applicable to folklore genres that require considerable artistic expertise, such as epics, folktales, and folksongs. It seems like useful for minor genres such as folk speech of gestures where in theory any member of a culture can “perform.” The distinction is also useful for prospective folklore scholars who should obviously seek out the active bearers in the community to serve as informants. To be sure, passive bearers might also be interviewed, not so much to elicit texts but rather to learn what texts might possibly mean. A passive bearer might not have told a tale, but he or she, having heard the tale repeatedly might have an opinion as to the tale’s meaning(s). (139)

Now that you know about this key concept, can you identify any folklore genres of which you’re an active or passive bearer? 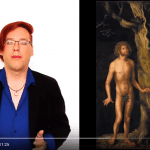 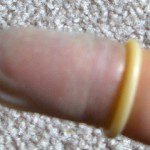