Why do folklorists love to hate archetypes? Read on to find out! 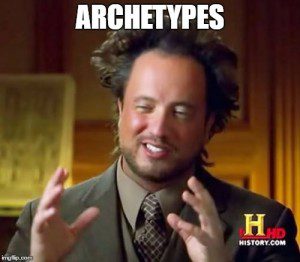 If you’ve been reading my #FolkloreThursday posts, you’ll know that folklorists are essentially pattern-seekers: we identify patterns in expressive culture, often sorting our findings by genre and folk group. Hell, we invented the tale type, a.k.a. a traditional folktale plot that is so stable even with varying details that we can trace its transmission across languages, cultures, and time periods.

The problem is, we’ve fine-tuned the study of the cultural interplay of tradition and variation. The key word here is variation, as in, we need to see a text in multiple iterations to be able to say “Yep, that’s folklore, good to go!” So as soon as someone walks in claiming that something is universal, essential, and unchanging, folklorists are going to take issue with it.

in dreams and in myth, among other manifestations. In a somewhat mystical fashion, these archetypes operate independently of man’s conscious mind. Since the archetype exist a priori, man does not invent them but simply inherits or receives them (244).

Yes, that’s kinda vague, which is one of my problems with archetypes: they’re tough to pin down, hence in my view have little place in a place like the university.

See also: Keep Your Woo Out of My U.

Archetypes are, in Jung’s view, living, “pan-human” entities, an inherited form of psychic behavior. They are character types that span the human and divine in narrative, and they are supposedly universal, common to all humans.

And that just… doesn’t fly when it comes to how folklorists perceive the world. Dundes said it best:

On the one hand, several of Jung’s archetypes are so general – the great mother, the child, the wise old man, etc. – that they probably are very widespread and maybe even universal. It is hard to imagine a culture that has no image of a mother figure. But even if a general mother image were universal, there would be no need to postulate that such an image was part of one’s genetic inheritance. That image might be acquired through the mediation of culture. Mother images may look different in different  cultures to the extent that mothers look different in different cultures. Certainly the information available in the A section of the Motif-Index suggests that no myths are universal. Most myths have very definite areas of geographical dispersion. (244-245)

Myth is just the go-to example here;  while all cultures have storytelling in some form, no genre or text of folklore is universal. And since folklorists and cultural anthropologists both subscribe to cultural relativism (the idea that it’s normal and natural for cultural values to vary and hence there’s no one “right” way), placing too big an emphasis on precultural universals is just bizarre to us.

At its most extreme implementation, the notion of archetype is befuddlingly mystical and anti-intellectual (and given the shape of U.S. politics I am extremely cranky about anti-intellectualism at present). Jung himself admits that archetypes are essentially unknowable. Here’s a direct quote:

[C]ontents of an archetypal character are manifestations of processes in the collective unconscious. Hence they do not refer to anything that is or has been conscious, but to something essentially unconscious. In the last analysis, therefore, it is impossible to say what they refer to. (250)

If it’s essentially unknowable, I say no thank you. That stuff has no place in academic study. I will note, however, that concepts like archetypes may be useful for individuals exploring their own experiences of psychology, spirituality, and so on. I don’t have a problem with that. I just don’t want people to immediately assume that folklorists work with archetypes, because we don’t.

Further, I have a problem with Jung’s overlay of biological metaphors onto archetypes. Examples include:

In my keynote on the body in folklore, I discussed the use of the body as a metaphor for how culture works. Bodies are organic, culture does organic things…it’s basically an early version of memetics being a cultural parallel to genetics. You know what else it is, though? It’s creepy. It’s objectifying and deterministic. By making your vision of how culture, myth, or folklore works into an organic bodily metaphor, you’re reducing these experiences to a physical realm that operates by its own laws. You’re foreclosing the possibilities of variation and interpretation.

I get that myth and spiritual experience and group identity are really important experiences to humankind, and that we all process these things differently. If people want to use the concept of archetype to process on an individual level, so be it. But as soon as folks like Jung start claiming that a specific vision of how folklore supposedly works is universal, and so inherent to all of us as to be just like another organ? It gets weird. It excludes the experiences of those who don’t have the same access to cultural power, to narrative representation. It’s reductionistic and essentializing.

We’ve got over two centuries of kick-ass folklore scholarship guiding the path to making sense of the patterns that appear in folk narrative. While there’s undoubtedly a psychological appeal to much folklore, which is certainly worth exploring, I want to do so in ways that are empirically sound and that don’t erase cultural or individual variance. I attempt to do this in my article on ATU 510B, “Donkeyskin,” a fairy tale about father-daughter incest that needs a deeper and more syncretic approach than just saying, “archetypes!”

So. That’s my problem with archetypes, and consequently, with Jungian approaches to folklore. Don’t even get me started on Joseph Campbell!

Jung, C. G. “The Psychology of the Child Archetype.” In Dundes, Alan, ed. Sacred Narrative: Readings in the Theory of Myth. Berkeley: University of California Press, 1984. 244-255. 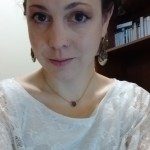 January 11, 2017
I Don't Know How I'm Going to Get Healthcare, and I'm Terrified
Next Post 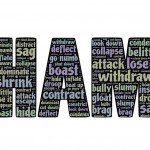 January 13, 2017 I Don't Care if it's Kinky; I Care if it's Consensual
Recent Comments
0 | Leave a Comment
Browse Our Archives
Follow Us!