We’ve all heard of love ballads, murder ballads, queer cross-dressing ballads…wait, what? Read on to learn about all the good stuff folklorists have been studying for centuries.

A ballad is a narrative folk song, or, a song that tells a story and is folkloric in its origin and/or transmission. In this post I’ll describe how folklorists define and study ballads (from their content and typology to their emotional core and structure). I’ll wrap up with a bit about murder ballads, since those seems to be popular.

Recall from my definition of narrative folklore that

Thus, ballads are sung narratives, or framed retellings of events. Their plots vary in level of complexity, though, as we’ll see.

When folklorists talk about ballads, we often focus on their traditionality and their emotional core. The word “ballad” comes from the French “ballare” for “to dance,” since we theorize that ballad singing and dancing were linked for centuries.

Did ballads actually originate from a “singing dancing throng” as has been speculated? Probably not (and I talk about why that’s classist and ethnocentric here). But singing and dancing are linked in some ballad traditions, as in this Faroese example.

In the classroom I sometimes joke that ballad is like the bastard lovechild of fairy tale and legend. As we’ll see, the subjects of ballads overlap significantly with those of fairy tales – royal and noble characters, romance, fairies – while they’re often focused on violence like legends are, often with similarly unhappy endings.

Ballads have an intense emotional core, even as their narrative structure is often simple and mono-episodic. As my colleague Jason Schroeder has taught me, ballads express the intense emotional experiences that occur through major life transitions and situations. Specifically, Schroeder wrote in his dissertation that “if fairy tales are the folk’s collective daydreams, then ballads are often their nightmares.” Ballads convey the dangers facing people in liminal and transformative spaces of maturation and family creation (wooing a lover; getting pregnant; fending off a rival, perceived or real). The social and symbolic risks of identity formation are thus conveyed in the depiction of an unstable situation and its resolution.

Bawdy folksongs are quite popular throughout history, and I mention them here even though they’re not all technically ballads. My colleague Stephen Winick has a great piece on them here: From Wit and Mirth to Secret Songs of Silence: A Brief Introduction to Bawdy Songs.

Gender and sexuality figure immensely in ballads, and thus they’re ripe for feminist and queer analysis. For instance, the ballad “The Handsome Cabin Boy” (check out this version from Newfoundland ) features not only cross-dressing but also a love triangle and an unplanned pregnancy. And a number of the versions of the Appalachian ballad “Who Will Shoe Your Foot?” hint at gendered kinship obligations. Listen to three older texts here:

But take the contemporary rendition by the band Rising Appalachia which quite emphatically states “Sister will kiss my red ruby lips / I don’t need no man”. What are we to make of that? I know what my inner queer feminist scholar wants to think…

The broadside ballads, circulated in England starting in the 17th century, tend to be sensationalistic and gory. They provide an excellent example of the interactions between print and oral cultures, as they were sold cheaply and were easily available, permeating oral tradition and pop culture. The stanza form tends to be quite varied, and they’re often narrated in the first person (whereas Child ballads tend to be more third person). (link to archive, maybe one text image?)

The UC Santa Barbara English Broadside Ballad Archive is quite extensive. Go have a look, and marvel at the gory bits!

When we talk about Child ballads, we mean those classified by American folklorist Francis James Child (1825-1896). Child was a professor at Harvard who identified 305 ballad types in his five-volume work The English and Scottish Popular Ballads. Because of Child’s work, we refer to ballads in this corpus by number (similar to the concept of tale type for folktale and fairy tale texts).

If you’re ever in one of my folklore classes, watch out! Sometimes I’ll play a recording of a ballad text and then have students search through the Child index (or the listings that appear on Wikipedia if I’m feeling lazy) to try to classify it. The exercise is a bit sadistic but I usually only pick ballads that appear within the first hundred Child numbers, so it’s not actually that bad. /smirk

The content of Child ballads tends to revolve around family drama, tragedy, bloody violence, and the supernatural (though it’s been noted that as these ballads migrate to America, some of the supernatural elements have dropped out). Other scholars have focused on the primary two or three characters in ballads, either the hero-heroine-villain triangle or just the heroine-villain dyad (I’ve been told David Buchan and Flemming Andersen are the people to read here). The narrative tends to open in media res, with the action already beginning. And the narrative focus has been described as “leaping and lingering,” meaning abrupt scene changes and shifts to the areas of the most tension or heightened emotions.

Their stylistic structure tends to be in quatrains with an alternating rhyme scheme (like x, a, x, a) and featuring iambic meter in a 4, 3, 4, 3 ratio (I think that’d be a mix of iambic tetrameter and trimeter?) An example is:

The thing about Child ballads is they’re not just found in English-speaking lands. And ballad scholars from other regions have done their own indexing work. I’m thinking here of Danish folklorist Svendt Grundtvig, who was a very influential figure in folklore studies over a century ago (Child based his classification system on Grundtvig’s).

So when we’re researching ballads, we usually check to see if they have a Child number first, and then go from there. Knowing whether there are other versions to compare a text to is an indispensable first step.

And that leads us to the homegrown American ballads. These ballads often arise in response to events happening in communities that need a chance to collectively mourn, process, and remember. (We’re getting to murder ballads soon, I promise!) Typical topics for homegrown American ballads include war and other tragedies/disasters, along with character types like famous lumberjacks or railroad men, criminals, sailors, cowboys, and pioneers.

As with other studies of texts that fall under the umbrella of folk music, we want to record the tune as well as the words. We want as much information about the context as we can get. We want to trace variations and understand the lives of the performers. When new ballads arise, as they inevitably do, we want to be on the ground to record the events that inspired them and track the evolution of tradition.

And this finally brings us to murder ballads. The podcast Criminal has an excellent series on them, first on Pearl Bryan and then on The Portrait. Pearl Bryan was murdered in 1896 after a back-alley abortion gone wrong. Her beheaded body was found in a field, and thus the grisly tale of her murder was turned into a song. This is rather typical of American murder ballads: event inspires song, which inspires numerous recreations in performance thereafter.

There are tons more murder ballads out there, and true to folklore, they display immense variation. Take, for instance, three versions of “Banks of the Ohio,” performed by Ruby Vass, Otis Clay, and Johnny Cash. It’s all clearly the same song, but with quite disparate moods, depending on the instrumentation and pacing and other elements. And when I played these three versions for my Berkeley students this semester, they noticed just how disparate the mood of each text was, so it’s a fun exercise in how the music of a piece can contrast with the lyrics, and so on.

The “feel” of murder ballads is distinctive enough to be mimicked in non-folkloric contexts, too. Hanging is a common punishment in ballads, as seen in this example. From there it’s not a huge stretch to get to “The Hanging Tree” as performed in the Hunger Games movies.  The Hidden Roots of Hunger Games Hit Song? Murder Ballads, Civil Rights Hymns explains this link quite cogently.

Overall? Ballads function to commemorate and mourn events that impact whole communities. They provide a commentary on justice and vengeance, and perhaps give a glimpse into folk ideas about what is right and what is excessive revenge. They allow coded conversations about sexual violence, and about gender norms. Sometimes these gender norms are upheld, while other times they’re subverted.

There’s a lot going on with ballads, and they’re a time-honored topic for folklorists to study. I encourage you to explore them more, such as at Broadside Ballads Online or CSU Fresno’s Traditional Ballad Index.

Again, I’m indebted to my colleague Linda Lee for sharing her resources on teaching ballads with me. I’m also grateful to my colleague Jason Schroeder, a ballad scholar extraordinaire who’s taken lots of time to chat ballads with me so that I can understand them better. Any mistakes herein are my own damn fault. 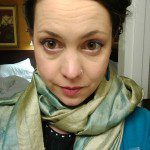 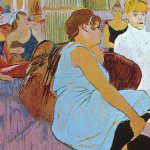