No, I don’t mean computer coding, but rather coding on a cultural level. If you’ve heard of the hanky code you know what I’m talking about…if you haven’t, read on to learn about a folkloric phenomenon that exists to protect its participants!

All folklore is meaningful and transmits cultural messages. That’s part of what we mean when we say folklore is a performance, or that folklore serves multiple functions. Bringing in the concept of coding means that we’re specifically attuned to the messages that are coded in order to protect the people sending and receiving them.

As Joan Radner and Susan Lanser write in their groundbreaking essay on the topic, coding means:

a set of signals–words, forms, behaviors, signifiers of some kind–that protect the creator from the consequences of openly expressing particular messages…the expression of transmission of messages potentially accessible to a (bicultural) community under the very eyes of the dominant community for whom these same messages are either inaccessible or inadmissible. (3)

The idea of people being bicultural is reminiscent of the concept of folk groups, which are always multiple and overlapping. The members of a national folk group (say, Americans) might all have some awareness of mainstream norms and values, while the members of a smaller folk group within that folk group (such as a sexual minority) would have the additional awareness that their very existence puts them at risk for retaliation from some.

Coding implies risk and danger of varying degrees. Among their examples, Radner and Lanser mention Civil War era slaves who used cryptic language to talk about how the Union army was doing, for fear of being punished or even killed if they were discovered to be interested in the topic; children’s use of secret languages such as Pig Latin; and code-switching between languages among immigrants. These are all examples of folklore because they are informally transmitted cultural behaviors, whereas a military code might be something you learn from an institutional rather than a traditional source.

Certain codes are more, well, codified than others. The hanky code has been around for a few decades as a method for gay men to subtly advertise what kinds of sexual encounters they’re looking for, and thus it’s achieved a high degree of consistency and stability. As this blogger notes, it can appear to the uninitiated that a man is just really fashionable…not that he’s advertising his sexual preferences. And again, to connect coding back to risk, homophobic crimes remain a reality, though perhaps less so than before. There are some places where it’s still not safe to be openly gay.

Other kinds of coding are less obvious, and perhaps even less intentional. As Radner and Lanser note:

We suggest that a context for implicit coding exists when there is a situation of oppression, dominance, or risk for a particular individual or identifiable group; when there is some kind of opposition in this situation that cannot safely be made explicit; and when there is a community of potential “listeners” from which one would want to protect oneself. (9)

Studying forms of culture that are subtle because they are meant to protect members of that culture is, obviously, difficult at times. Radner and Lanser suggest a number of coding strategies that scholars can identify, including:

It’s important to note that coding isn’t just limited to folklore; it can also occur in literature, the fine arts, and so on. Radner and Lanser note that this type of coding might look a little different, depending on complex issues of creativity, audience, production/transmission method, and so on. But they give a great example of how one coding strategy, incompetence, might appear in a literary context:

In the eighteenth century, a woman writer’s proclamation of literary incompetence in the preface was a conventional strategy by which the woman writer could say on her own behalf what she expected her audience to think: that she had little right to be writing and that her work was bound to be inferior.

Similarly, we see many instances of coding in fairy tales, where female tellers and writers slip in gender-subversive messages that might go unnoticed because they take place in a fantastical setting. In this sense, coding is very much a feminist topic. But it speaks to the experiences of marginalized people everywhere, who creatively find ways to communicate about their situations while also evading notice and punishment from dominant groups. 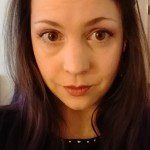 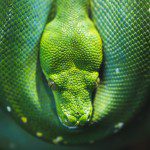