For today’s #FolkloreThursday post, I’m going to define digital folklore and internet folklore, give some examples of each, and discuss how and why we study them.

This ended up being longer than I thought it would, so hold onto your hats and hug the closest cat, because I’m going to deliver a ton of examples, some of them very esoteric, academic, or both!

One of the first things to come to mind might be both visual and ephemeral: lolcats, emoticons, hashtags, userpics, and other types of memes. Does it exhibit tradition and variation. showing up in multiple versions? Then it’s probably folklore. Here, I’d point to my own recent post on the #AskDrPence Twitter hashtag as an example of this. I also repurposed memes for a blog post about my experience in a SAR (Sexuality Attitude Reassessment) workshop.

Digitized folklore that is traditional in content and form, but is now accessible on the internet, is also of interest to us. One example of this would be internet archives of folklore (e.g. those at USC).

In another instance, traditional folklore genres that have circulated outside the internet, but now also exist on the internet, would count as digital folklore. Chain letters and similarly-transmitted hoaxes, which were once ink-on-paper affairs, now circulate by email. The legends and beliefs archived – and debunked – on Snopes.com also exemplify this type of folklore, that crosses communciative forms. Folklore about computers – that can exist without having to be about the internet or transmitted on the internet – might also qualify, as with this magic switch story.

It’s also important to note that there was digital folklore before the existence of the Internet proper. Tom Galloway informed me about the ARPANet chain letter that circulated before the Web was up and running, and also directed me to a net.legend FAQ that documents some of this lore.

A lot of internet folklore is actually metafolklore, or folklore about folklore. The rules of the internet provide a great example of metafolklore; even if you haven’t read this list in full, there’s a good chance you’re familiar with Rule 34. Similarly, a lot of the memes on knowyourmeme.com count as metafolklore, as would the mocking statement “I am aware of all internet traditions.”

Some folklore emerges only on the internet, though it can also cross over into face-to-face interactions. Andrew Peck’s research on Slender Man is a great example of this phenomenon. (I’m told there’s an upcoming issue of the academic journal Contemporary Legend that will focus on Slender Man).

Additionally, I should note that we sometimes use the term “digital folklore” to refer to “digital scholarly approaches to folklore.” This could mean utilizing data-management techniques from the interdisciplinary field digital humanities (DH for short) to write one’s dissertation, as I did. Want to learn more about DH? Check out this blog post of mine summarizing a lecture on DH I gave in India in early 2012.

Finally, it’s worth talking about folkloric interpretive processes that are showcased on the internet. Lynne McNeill summarizes this as: “the important point that there’s skilled work in simply being able to parse the message behind a traditional presentation” (13). In other words, we need to move beyond the idea of the audience for a given folkloric performance just being a passive sponge and soaking in/up the information.

“I think here is where we find the weight of a lot of digital folklore: while often the content of digital folklore may seem disproportionately minor in comparison to the efforts being made to transmit it, we should look to the processes of communal re-creation and communal comprehension to discover the social and cultural needs that are being met by any given example of online folklore. Many traditional items are simply an index to the abstract process of artfully comprehending or gleaning the message behind a given piece of Internet folklore. Connecting ourselves to one another, simply having the shared knowledge to be competent at unpacking obscure Internet references, is the meaningful part of much digital folklore” (16).

So, when we’re talking about digital/internet folklore, we’re actually talking about a rather broad body of expressive culture, which, while it’s relevant and accessible to all, actually reveals quite sophisticated communicative techniques. I’m not too finicky about whether we call it digital, internet, or online folklore, but the main point remains: as a realm of human creativity that follows traditional patterning, it should be of interest to folklorists and non-folklorists alike. No matter how trivial or ephemeral it might seem, we ignore the interconnections of folklore and technology at our own peril.

I’ve got to give some shout-outs to my colleagues and friends who helped me include more and better examples than I could’ve come up with on my own. In no particular order, thanks go to Andrea Kitta, Jon Ogilvie, Tom Galloway, Shae Rossi, Lynne McNeill, Merrill Kaplan, Sean Mahady, Chad Schlesinger, and Thom Root.

…also, I haven’t checked out The Digital Folklore Reader yet, does anyone know anything about it? 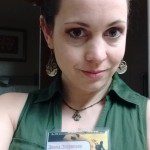