I love teaching units on family folklore because almost everyone can relate to it. Which sometimes leads to heated debates about the “right” foods to serve on Thanksgiving…

Family folklore is often the first type of folklore that people encounter in their lives, and thus it can significantly shape how we experience culture. It’s simultaneously complex and composite, with many tradition-bearers recalling and performing it. Here we’ll dive into these concepts from a scholarly perspective.

In Folklore: An Encyclopedia of Beliefs, Customs, Tales, Music, and Art, Volume 1, family folklore is defined as:

Traditional expressive behavior and its products that are transmitted by family members to family members and that pertain to relatives, family events, and family ways of being and doing. Family folklore includes stories, jokes, and songs about family members and events, as well as the ways relatives share those items with one another; festivals the family celebrates, such as religious and national holidays; foods, cooking instruction, ways of eating, and ways of gathering to eat within a family; family naming traditions; a family’s ways of dancing; expressions and gestures a family uses; visual records of family life, such as arrangements of items inside and outside the home, photographs, photograph albums, videotapes, embroideries, and quilts; occupational, song, story, and craft traditions carried on within a family (278-279).

In other words, family folklore encompasses many folklore genres. The common thread linking these otherwise distinct genres, whether verbal, customary, or material, is that:

While the content of any given family’s lore is unique to them, many common themes emerge. American families often have narratives about ancestors who came over as immigrants, whether it happened recently or not. In A Celebration of American Family Folklore, the authors note that two major themes emerge in family stories: the character principle and the transition principle. The former refers to the tendency for stories about family members to evolve into character studies and to highlight personality traits of a given family member (which is also frequent in personal narratives). The latter designates the tendency to retain stories documenting a radical change in a family’s history. Death and trauma are common themes here, as are stories of the lives of family members who are heroes, rogues, and survivors.

In terms of context, recall the distinction between active and passive bearers of folklore. Families tend to have many of each, sometimes with different people excelling at different genres. Here, of course, gender plays a role: many family food traditions are maintained by women, whereas occupational traditions might be maintained by the men of the family. As I’ve argued, the emotional labor required for kin-keeping is pretty gendered, and this dovetails with family folklore since a number of the activities required to do family relationship maintenance are folkloric in nature (organizing celebrations around holidays, keeping lists of who likes which foods and kinds of gifts, or coordinating holiday gift exchanges in large families all come to mind, as well as the connections between family lore and religious folklore that might govern holiday gatherings).

I’ve also mentioned that family folklore is composite in nature. You might get glimpses of a single event in the family’s history refracted through a number of perspectives, with each rendition or telling (of, say, a family legend) acting like a puzzle piece, to be fit in with the rest before a coherent picture emerges. Sometimes certain peopel in a family “own” their stories or recipes, and choose who to pass them on to; sometimes this happens according to gender or perceived talent/interested; and sometimes people die before they pass on their traditions.

While I’ve given a handful of narrative examples here, verbal family folklore isn’t limited to stories. Families often share folk speech with one another, from nicknames and naming traditions to slang words for food and ways of singing happy birthday. When it comes to the American birthday song, my family has verbal folklore (such as add-ons after the standard birthday song ends) as well as customs (like my parents calling family members on their birthday to sing the birthday song over the phone, or in a voicemail message if the person doesn’t pick up). Material traditions in families are also quite prevalent. Food is a favorite topic of many, but we shouldn’t lose sight of material items ranging from heirlooms to crafts.

Family folklore is deeply related to worldview. Family narratives assert the shared identity of families; these stories help family members develop a shared sense of history, location, and roots. They can reveal where the family is in relation to the rest of the world: disengaged? intrepid explorers? saviors? victims?

Scholars of family folklore often run into the triviality barrier, or the assumption that this stuff is so everyday as to be uselessly mundane, so why bother studying it? The truth is that by studying the culture that unites – and sometimes divides – families, we gain valuable insights into the social glue 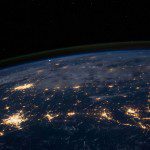 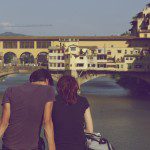