For a long time, folklorists studied “the folk,” that is to say, people who were distinctly Not Like Us: peasants, savages, children, and so on. Thankfully that’s changed.

In my last #FolkloreThursday post I described the origins of the term “folklore,” coined by British scholar William Thoms in 1846. The suggestion that folklore is the study of the lore of the folk means we have to define two things (folk and lore) as well as their intersection. It’s generally agreed that “lore” in this case means informally transmitted traditional knowledge, behaviors, texts, stories, artifacts, and customs… but then what makes lore into folklore?

If you flip through old issues of the Journal of American Folklore, the academic journal of the American Folklore Society (founded in 1888) you’d think that the “folk” are primarily primitives, peasants, and non-whites. It feels kinda creepy, racist, and classist to see article after article focusing on the folklore of Native Americans, African Americans – though not using that term if that gives you any idea – and various island peoples. This fit in with general trends in the academy as well as cultural anthropology specifically from the early 20th century, where the culture of Those People Over There was seen as more suited for study than the Things We Civilized People Do. Still sorta gross, but yay context?

Over time, the views shifted. Maaaaaybe we city-dwellers have folklore too (a trend that started, I believe, with the study of urban children’s folklore and expanded from there, since doncha know kids are basically savages). Perhaps folklore isn’t just the purview of the irrational non-Westerner. Perhaps it’s something everyone engages in.

The shift in the meaning of “the folk” culminated in 1965 with Alan Dundes’s essay “Who Are the Folk?” In it, he describes the historical connotations of “folk” and suggests a new direction. One key tidbit is that the folk were contrasted with the elite, such that the folk were always a dependently defined entity:

The folk were understood to be a group of people who constituted the lower stratum, the so-called “vulgus in populo” — in contrast to the upper stratum or elite of that society…Folk as an old fashioned segment living on the margins of civilization was and for that matter still is equated to the concept of peasant. (2)

So we’ve got connotations of people who are peasants, illiterate (either pre-literate or non-literate), underdeveloped, rural… it’s not pretty. But it’s also part of our scholarly history.

See also: The Body in Folklore – Folklore Scholarship and Theory

Thankfully, Dundes decided to ditch the ethnocentric implication of the word “folk” and redefine it, saying that the object of study of folklorists is the lore of a given folk group. A folk group is any group of people with at least one common factor. That factor could be nationality, language, religion (which tends to make for a large folk group), or it could be something shared by fewer people, such as a hobby, family ties, or a small region/neighborhood. Not every folk group has face-to-face contact, though many do, but most of them will share a common core of folklore, even if not every member knows every item.

Further, most folk groups have both institutional and less-institutional facets to them, and it’s that latter part that we’re most interested in. As Lynne McNeill writes:

Many of these groups clearly have an institutional culture as well as a folk culture – campuses, churches, occupations, states, and nations will have both official and unofficial aspects of their culture – and when we refer to those groups as a “folk group,” we’re purposefully focusing on their unofficial realm. In contrast, some groups don’t have much of an institutional culture at all – friend groups and families are typically entirely folk or informal in their cultural existence and expression. It’s a useful distinction to make, especially when seeking to avoid the “Folklore is everything!” fallacy. (5)

(Pro tip: the “Now that I know what folklore is I know all about folklore studies!” sentiment is a major pet peeve for folklorists)

Anyway. Back to the folk group. This is a major concept in folklore studies, and one I drill into my students’ heads at the beginning of each semester. Folklore isn’t just that old-timey peasant stuff, it’s alive and something we all participate in. We each belong to multiple folk groups, sometimes overlapping, sometimes with similar shared values and sometimes with quite contradictory ones. Having the language to describe your group membership and resulting worldviews is a useful tool in understanding how social groups both shape and reflect your individual experiences.

Dundes, Alan. “Who are the Folk?” In Essays in Folkloristics. Published by the Folklore Institute. Delhi: Rajkamal Electric Press, 1978. 1-21. 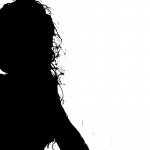 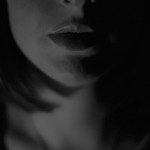 June 24, 2016 On Power & Pleasing
Recent Comments
0 | Leave a Comment
Browse Our Archives
get the latest from
Foxy Folklorist: Folklore, Culture, Sex
Sign up for our newsletter
POPULAR AT PATHEOS Nonreligious
1