If you’ve gargled with salt water to cure a sore throat or eaten ginger for an upset stomach, you’ve engaged in folk medicine.

In folklore studies, we define folk medicine as the traditional cures and remedies of a folk group. As with many genres of folklore, the genre name is meant to reflect how the material is transmitted informally, not to be a statement on its truth value, scientific rigor, or lack thereof (and no, it’s just not herbal remedies). I’ll dive into some of these issues in this post.

Folk medicine straddles the areas of customary folklore and material culture; it’s a form of traditional behavior inflected by belief, but also often carries over into the physical realm, as expressed in medicines, ritual objects, and diseased/diagnosed bodies. So while we consider it to be its own genre of folklore, it can take different forms (physical, behavioral, belief-based) depending on how it’s manifesting in a given context.

It’s important to note that folk medicine can coexist with modern/biomedical medicine; the two are not mutually opposed or exclusive. It can involve modern medical cures and technologies, but the key difference is that it’s not typically endorsed by institutional medical figures. However, because there are different levels of authority in groups that may or may not be institutional in nature, it’s important to note that folk medicine can still come from an authority figure, such as a ritual or religious expert who nonetheless does not hold a title or position in an institution.

While folk medicine tends not to come from doctors, there are of course exceptions. One time in grad school I had a terrible cough, and a doctor at the student health center advised that I gargle with cough syrup. Because that’s an off-label use of a biomedical product, I count it as an instance of folk medicine.

We might also look at what doctors and nurses do in their own lives, outside of professional contexts. As an occupational folk group, medical professionals have their own folklore, which David Hufford has brilliantly chronicled. But when doctors and nurses go home and tend to sick family members, what do they do? Do they advise sick kids to gargle with salt water, or what? This is an area that deserves more research.

In terms of classification, we often consider folk medicine to be a subset of folk belief/superstition, and catalog it according to the Wayland D. Hand system of classification (at least, that’s what we do in the UC Berkeley Folklore Archive; I can’t speak to the cataloguing systems of other folklore archives). There’s a bit of a continuum between folk medicine and folk religion, too, as religious folk groups often have their own healing customs that hook into religious belief about what causes illness (demonic possession, spirit possession, etc.).

Remedies for different ailments often follow similar logic, and this is where sympathetic magic comes in. We’ve observed a number of remedies – such as those for wart cures – that involve using contagious magic or sympathetic magic to try to banish the offending feature.

When I teach folk medicine in the college classroom, I often have students collect texts (like individual remedies) from each other, asking about the following:

I’ve observed that wart cures seem to be on the decline in younger folk groups, while cold and hiccup cures are going strong. Could just be the folk groups I’m teaching, but I get the sense that the more mysterious and incurable a condition seems, the more likely that folk medicine will cluster around it. Also hangover cures tend to be popular among American college students, and I’m curious about the degree to which this might be a cross-cultural thing.

The subject of complementary and alternative medicine is a contentious one in some circles, but remember: folklorists don’t necessarily care whether certain cures are efficacious. Rather, we’re interested in the insights that studying folk medicine can provide into social groups and worldview. If you’re interested in this topic, I highly recommend the book Healing Logics edited by folklorist Erika Brady, which is actually available to download for free in full here. The book’s overview reads:

Scholars in folklore and anthropology are more directly involved in various aspects of medicine—such as medical education, clinical pastoral care, and negotiation of transcultural issues—than ever before. Old models of investigation that artificially isolated “folk medicine,” “complementary and alternative medicine,” and “biomedicine” as mutually exclusive have proven too limited in exploring the real-life complexities of health belief systems as they observably exist and are applied by contemporary Americans. Recent research strongly suggests that individuals construct their health belief systems from diverse sources of authority, including community and ethnic tradition, education, spiritual beliefs, personal experience, the influence of popular media, and perception of the goals and means of formal medicine. Healing Logics explores the diversity of these belief systems and how they interact—in competing, conflicting, and sometimes remarkably congruent ways. This book contains essays by leading scholars in the field and a comprehensive bibliography of folklore and medicine.

There are a number of areas where folk medicine intersects with gender and sexuality, too, which I don’t have space to get into here in depth, but they include how menstruation is regarded and treated, how pregnancy is handled (including midwifery practices), and the more general area of sex education, when it’s done non-institutionally (learning about sex and relationships through friends, family, and peer groups).

By studying folk medicine, we can attend to the complex relationships between bodies, groups, and beliefs. This is yet another genre of folklore that pretty much everyone has engaged with at some point in their lives, consciously or not, whether this knowledge is held in high regard or low. So we’d do well as scholars of expressive culture to have it on our radar, regardless of whether a tickle in our throats sends us rushing for salt water to gargle with or not! 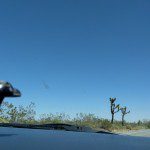 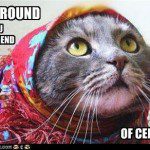