Folk metaphor and folk simile are tough to define and distinguish, but that doesn’t mean folklorists don’t try! Here’s a brief  (okay, not so brief) intro to our classificatory schema.

Somewhere between folk speech and proverb lies a genre that is both imprecisely named and described: “proverbial phrases.” Here’s what Jan Brunvand has in The Study of American Folklore:

Proverbial phrases…are never complete sentences, regularly vary in form as they are used, and seldom express any generalized wisdom; nearly all of them are metaphorical. Proverbial verb phrases vary in number and tense and permit the addition of adverbial modification. (94)

Brunvand goes on to call proverbial language involving “like” and “as” “proverbial comparisons.” I find this terminology dissatisfyingly vague, and so I tend to go with a paired genre distinction that I learned in my folklore studies with Alan Dundes: folk metaphor and folk simile. While proverbial phrases and proverbial comparisons map to folk metaphor and folk simile, I prefer the latter terms because I don’t want to throw around “proverbial” as an adjective when what’s being described is not truly proverbial in nature (lacking the fullest sense of a proverb as a metaphorical statement of traditional wisdom).

So, here’s how I like to teach this material:

Folk metaphor is a traditional saying with an implicit metaphorical comparison. Examples include:

Folk simile is a traditional saying with an explicit, exaggerated metaphorical comparison utilizing connective language to make that comparison. Examples include:

It’s easy to document tradition and variation in most of these instances, especially since they’re only fixed-phrase up to a point (e.g. I can say “Man, those are some big shoes to fill” or “I’m worried about filling these big shoes” and still have a similar meaning understood, and still have those clearly be expressions of the same folk metaphor text).

Here’s where things get interesting: traditionally, we’ve defined folk simile as a phrase that has to include the words “like” or “as” to make the specific proverbial comparison, well, a simile. But then we run into problems with classification when you get texts like the following:

No “like” or “as” means technically we might not be able to call these folk similes, so are we stuck with the yuckily vague category of “miscellaneous proverbial saying” or whatever?

As it turns out, no! My folklore colleague Kelly Revak has done great work on this topic, which I’m drawing on here. I had the good fortune of working alongside Revak in the UC Berkeley folklore archive, and she’s now an archivists at the American Folklife Center at the Library of Congress (how cool is that?!).

Revak prefers “folk simile” to “proverbial comparison” as a genre term because it highlights both the traditional/folk connotations of the genre, and its connotations of comparison, exaggeration, and intensification. Instead of just using “like” or “as” to convey these things, folk simile employs the poetic devices of exaggeration and hyperbole through specific linguistic structures: connective words.

In terms of their structure, most folk similes look like this: subject, attribute, connective, vehicle. The sample breakdown would be He (subject) is as clumsy (attribute) as (connective) a bull in a china shop (vehicle), where the vehicle is the metaphorical illustration of the attribute (I hesitate to use “metaphorical” too much here since I want to maintain a clear distinction between folk simile and folk metaphor, but hopefully you get the idea: the vehicle is what illustrates the attribute by making it come alive in an image or sense that is not to be taken strictly literally).

Revak proposes that there are 9 main connective structures employed in folk similes. Here they are:

Basically, our classification systems have to take into account variation (because duh, we’re folklorists). Reifying the like/as definition of folk simile does a disservice to the inherent variations we find in the genre. Thus:

They’re all folk similes, they just are venturing far enough into free-phrase territory that the like/as phrasing doesn’t appear, and the “so…that” phrasing can also drop out as well. But utilizing Revak’s underlying structure of connectives helps us see that as long as one connective remains to draw explicit attention to the exaggeration, it’s still a folk simile. Additionally, this helps us maintain the distinction between folk simile and folk metaphor, since in folk simile it’s the explicitly stated exaggeration that’s significant.

In folk metaphor, comparison is more important, and it doesn’t necessarily have to be exaggerated or explicitly stated, but rather can be inferred. So to take an example, we’re looking at the difference between “being up shit creek without a paddle” and “they’re so screwed they don’t have the chance of a celluloid cat chased by an asbestos dog in Hell” (both courtesy of Brunvand, pp. 94-96).

I’ll wrap this up because it’s getting pretty lengthy, but again, folklorists are all about classifying expressive culture based on structure as well as content. In distinguishing folk metaphor from folk simile, we arrive at a clearer understanding of how language is used in traditional ways to communicate ideas, values, and meanings that vary between groups. These verbal arts genres enliven everyday speech, infusing shared understandings with creativity and connection. 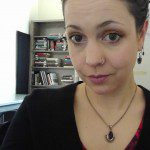 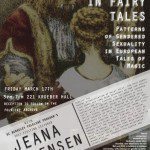