Folk music and folk song are giant topics which I won’t do justice to here, but as they occupy a huge realm of human experience I’ll certainly try!

I’m not a musician so I always get massive impostor synrdrome feels when teaching about music as an academic subject, but here goes! In folklore studies we define folk music as:

Okay, let’s unpack this. What’s key about folk music being folk is variation. As with many kinds of folklore, we don’t necessarily care about origins, but rather how it’s transmitted. So while some folk music starts out with a definite author, as part of elite culture, if it passes into oral tradition that produces variants, we consider it folk music. We’re interested in communities recreating these texts in ways that are folkloric in nature.

As someone who did her folklore graduate work at Indiana University, where folklore and ethnomusicology share a department, I’ve been known to cheekily say that I’m still not sure whether ethnomusicology is the study of culture through music, or the study of music through culture. The point is a similar one for folklore studies: we’re interested in the study of music through the lens of what counts as folklore, or perhaps in the study of folklore through music… I’m not quite sure which, or whether it matters. The American Folklife Center at the Library of Congress has this excellent guide to the history of folk music and folk song collection in the U.S., which goes into more detail about how all these things relate.

It’s also important to note that we differentiate folk music as a scholarly category denoting a genre of folklore from the stuff that record companies label as “folk music.” There are some clear connections between the development of the American “folk music” scene and the study of folk music, but this is totally not my area of expertise, so I’m going to recommend that you explore the American Folklife Center’s blog about folk music if you want to know more, or bug my very smart colleague Steve Winick about it.

Folk music is damn near universal, which makes it really interesting to discuss and study. Pretty much every culture has rhythmic patterns, instruments, and songs that are unique to it, or that are transmitted there from elsewhere that latch on and produce homegrown variants.

As an example of the importance of context to the study of folk music, we might talk about how certain situations give rise to folkloric musical practices that are tough to define, but still clearly folkloric in nature. As in, situations where people gather to play music or sing, even if that music isn’t clearly folk music according to a strict genre breakdown. An instance might be studying  a drum circle in America where there’s no clearly defined genre other than something vague like “African drumming” or “Middle Eastern drumming” but we want to understand how the musicians come together and share knowledge and techniques.

Further, while it’s difficult to distinguish between folk music and folk song, we tend to define folk song in the following way:

While I plan to define and discuss ballads in a separate post, here are some major types of folk songs:

Some folks songs are fixed phrase, and others are free phrase. In other words, the words of the text may be more or less static depending on which one we’re talking about. Most of the parodies of “Jingle bells,” for example, need to start with those two words, making that opening formula, at least, fixed phrase (regardless of whether we go on to say that Batman smells). And since almost everyone in America recognizes the tune of the “Happy birthday” song, that gives us leeway to change the words to parody, and still have it be recognizable. But deviate too far, and you might veer into creation of a new song.

Because this would be a crummy post about folk music and folk song without any actual examples, here are some:

Folk music and folk dance are, of course, closely related in many cultures. The go-to example for me as a belly dancer is how many types of Middle Eastern dance evolved in connection with music of those regions; since Egyptian music sounds different than Turkish music, of course Egyptian dance looks different than Turkish dance. This is in part because of time signature, with much Egyptian music being in 4/4 and much Turkish music being in 9/8. You have to dance differently when that’s the case!

Finally, we can’t talk about folk music without talking about the collecting and scholarship of Alan Lomax. The American Folklife Center has a page devoted to the centennial celebration of his birthday, which has a ton of resources.

Special thanks go to my colleague Linda Lee for sharing her lecture notes with me. We both base a lot of our teaching on this topic on the Brunvand book cited below. 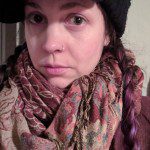 March 29, 2017
Dancing, Writing, Sharing (or, why I think I've felt shut down recently)
Next Post 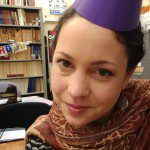