Folklore and religion intersect at multiple points, maybe more than you’d think. How various cultures conceptualize the connections between the human and the divine can help us understand what people value, fear, and love.

Folklorists are not interested in the whole of religion, but rather the parts of it that meet the definition of folklore: informal, traditional culture. We call this folk religion, religious folklife, or vernacular religion. We study everything from religious texts that exhibit folkloric variation to folk groups organized around religious belief and practice.

But what is religion to begin with? All scholars of religion, whatever their home discipline, run into this problem. Typical approaches from past centuries distinguish religion from both magic (seen as primitive, irrational) and science (modern, rational). Sabina Magliocco provides an excellent overview of this historical context, and notes the more recent shift to culturally relative definitions of religion that emphasize the connection between the human and the divine, and the importance of a cohesive moral/symbolic meaning-making system. So if religion encompasses many of these traits, what is folk religion?

“the totality of all those views and practices of religion that exist among the people apart from and alongside the strictly theological and liturgical forms of the official religion” (14).

However, starting from this point privileges monotheistic and codified religions. It implies that without a certain amount of institutionalization, religions aren’t really religions. Magliocco comments on the role of Christianity in influencing this historical trend in scholarship:

“In both indigenous and peasant forms of religiosity, encounters with the divine could take very different forms from what was expected in Christian traditions. Too, the hierarchical organizational model common to many Christian faiths has often been taken to be the standard by which religions are defined, and those lacking centers of worship, holy writs, trained clergy and an established liturgy have been seen as less legitimate, or even deficient in the characteristics that define religion” (138).

In other words, because the bulk of religious scholarship in the West was happening in a Christian context, Christianity became the default religion by which all other religions were measured…and found wanting. Further,  this view establishes a false dichotomy of official/unofficial religion. And as I’ve written in regard to dualism and gender, it’s rare to find dualism without hierarchy.

One of the contemporary and accepted definitions of the intersection of folklore and religion rebrands it as vernacular religion. Leonard Primiano is the one to suggest this term, and he defines it as:

“religion at it is lived: as human beings encounter, understand, interpret, and practice it” (44).

This more inclusive definition ditches dualism and conceptual hierarchies. And it still lets folklorists access what we’re interested in, and what we do best: the study of human creativity in informal transmission.

There are other places where religion and folklore intersect. Myth is an obvious one; so is ritual. The body art of religious folk groups is another area deserving of study, as are rite of passage, and holiday. and foodways (each of which have both sacred and secular manifestations in many cultures. Then there are pilgrimages, prayers, curses, exorcisms, and more.

So many folklore genres tie into religious belief and practice that one major takeaway is that spiritual/religious belief is a major part of many human societies, and is thus deserving of study. And we do good work when we take seriously the variations that naturally arise as part of expressive culture, rather than trying to squash them in the interests of presenting a united front. This is why it’s important to have both insiders and outsiders of religious groups studying folk religion; we have different agendas, different biases, and different reasons for wanting to do this work. Insiders will often want to preserve the dignity of a religious practice, while outsiders won’t face the same prohibitions on topics that are too close to home. Both come with pros and cons, so we need both.

In fact, the more woven into daily social life a given religious practice is, the more it’s worthy of study. Family folklore, whether religious or not in nature, exemplifies this. The things that you “have always done that way” as part of your family’s religious practice have deep links to enculturated beliefs about what is right, true, and good. These practices have likely patterned your worldview, and this is also why it’s worth studying the practices of non-believers or atheists who have identified and rebelled against those strictures.

Then, of course, there are all the beliefs about gender, sex, and sexuality that accompany (folk) religion. I touched on some in What I Believe About Sex, but a more exhaustive list would include what a given religious folk group believes about gender roles, contraception, abortion, sexual orientation, public vs. private sex acts, the proper relationship between sex and marriage (if any!), virginity, and more.

I could keep going, but I think I’ve made my point: that the informal religious beliefs and practices that compose folk religion are worthy of study and understanding. We don’t need to agree with them in order to study them, and in fact, an outsider may be more courageous in applying scholarly analytical techniques than a believer. As an atheist, I actually rather like the idea that we can understand humans better by studying their (perceived/believed) interactions with the divine; it doesn’t require me to believe in the divine, but rather look at the sacred as a mirror that humans have been using for centuries if not millennia to see ourselves reflected in, and to guide us through the darkness of uncertain times. 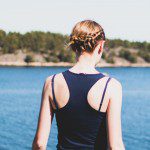 December 7, 2016
Why I Hate the Naturalization of Femininity, and You Should Too
Next Post 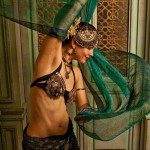 December 9, 2016 On Belly Dance and Feminism
Recent Comments
0 | Leave a Comment
Browse Our Archives
get the latest from
Foxy Folklorist: Folklore, Culture, Sex
Sign up for our newsletter
POPULAR AT PATHEOS Nonreligious
1