Hey. Sup. Ciao. What do all these greetings have in common? They’re informal traditional usages of language, a.k.a. folk speech.

Folklorist Jan Brunvand defines folk speech as “the traditional word, expression, usage, or name that is current in a folk group or in a particular region” (73). Examples range from dialect like “y’all” in the American south to what you call the fizzy sugary stuff that comes in cans (see this excellent map).

Folk speech texts are often brief, as short as one word. But getting too hung up on texts isn’t a good idea here; since we’re talking about the study of language, we’re not simply scouting for words that seem unique or quaint. We’re also looking for syntax and grammar that dispplay variation. For instance, in California we say “the” before naming a highway or interstate: “I’m going to take the 5 down to SoCal.” But since moving to Indiana, I’ve noticed that people exclude the “the” such as: “Ugh, it’s rush hour, I’m not getting on 465 even if my life depends on it.”

The thing I love about folk speech is that we’re all active bearers of it. We all use slang, and we all speak in dialect to some degree. This is why when I assign folklore collections to my students, I’m surprised when there’s a collection that doesn’t include folk speech.

Because folk speech seems trivial and mundane to some, it can be tough to understand how it functions in society. My mentor Alan Dundes did great work here, collecting countless folk speech texts in the University of California Berkeley folklore archives. Once you’ve amassed thousands of texts, you can start to reasonably generalize about their meaning.

For example, Dundes asserts that American folk speech is very linear in nature. He writes that one of folklore’s potential contributions to idenfying the conceptual underpinnings of culture is that “native categories of perception are clearly delineated in various genres, including those subsumed under the rubric of folk speech” (93). By documenting the different connotations of straight/linear phrases vs. round/curvy ones, Dundes concludes that Americans do see the world through a linear lens, and furthermore that it’s a gendered one, with logical/linear thinking attributed more to men than to women (and I have to give Dundes credit for this insight, since he never identified as a feminist).

We don’t need to go all Sapir-Whorf hypothesis (explained here) to acknowledge that language is culturally coded, and the language we use both reflects and shapes how we see the world. The study of folk speech can help us better understand our conceptual categories, and the underlying beliefs that influence how we move in the world.

Dundes, Alan. “‘As the Crow Flies’: A Straightforward Study of Lineal Worldview in American Folk Speech.” In “The Kushmaker” and Other Essays on Folk Speech and Folk Humor, ed. Wolfgang Mieder. Burlington, Vermont: The University of Vermont, 2008 [2004]. 93-108. 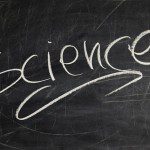 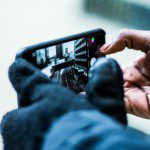