With many jokes circulating about quarantine daydrinking and the like, I thought it’d be a good time to examine the folklore of and around booze for a #FolkloreThursday post.

It’s been a hot minute since I’ve blogged for #FolkloreThursday, and looking back at the archives, I’d already done a pretty extensive job of discussing major folklore genres and theories. So that’s good. But it also left me wondering what to tackle next. I’ve reached out to one colleague for a guest post (which I’m super excited about) and am brainstorming ideas for more of my own content, so hopefully this series can become a semi-regular thing again.

For this post, I want to consider all the ways in which folklore and alcohol interact, and also highlight some recent work by my folklore colleagues. I may not be able to exhaustively list or examine all the connections between folklore and booze, but I’ll sure try!

First, we can consider alcohol to partake in elements of customary and verbal folklore, as well as to be a type of material culture. Since alcohol is a physical product made by traditional means in the past and in many communities, we can consider it to be material culture (puns about “spirits” notwithstanding). The fact that alcohol production was and still is passed along through observation and traditional techniques gives it an air of customary folklore. Plus there are customary genres like drinking games and drinking songs! And there is a lot of verbal folklore circulating around alcohol too: folk speech or naming conventions for all the various nicknames for types of alcohol and mixed drinks, legends about the origins of various kinds and brands of alcohol, jokes aplenty (“a priest and a rabbi walk into a bar…”), and as many personal narratives as there are people who’ve had notable, humorous, and/or sobering experiences with alcohol.

So while I wouldn’t technically say that alcohol is folklore, I would instead point to the various folkloric aspects of alcohol production, consumption, and even marketing. Those who work closely with alcohol – bartenders, servers, distillers, brewers, and the like – also participate in occupational folklore around the topic. As with many contemporary topics, it’s important to distinguish between the institutional and folkloric aspects of any given thing; yes, there are large companies producing and selling alcohol, which is less interesting to folklorists, but their marketing may draw on folkloric tropes, and the ways everyday people creatively interact with said alcohol may be quite folkloric in nature even if the original product was produced as corporate as they come.

There are also more general value/meaning sets like folk ideas floating around alcohol; for individuals and groups, alcohol may have connotations of conviviality, where a good gathering or fancy wouldn’t be complete without alcohol, whereas for others, alcohol is forbidden or taboo (I can think of some religious groups for whom this is true, as well as people in recovery from alcoholism, as well as those who do not drink for health or personal reasons). I also think it’s worth mentioning that there’s a lot of folk medicine around alcohol, ranging from using alcohol as a curative (such as drinking a hot toddy while sick) to cures for overindulging, like the variety of hangover cures I encounter when I poll my students.

The dark side to the connection between alcohol and folk medicine, of course, is something that I hinted at in my folklore & pandemic post: the rumors and conspiracy theories circulating about how alcohol consumption can supposedly cure one of COVID-19. Over 600 people in Iran have died trying this out, according to the Middle East Monitor. There are also concerns about people struggling with alcoholism, who may not have access to in-person support groups anymore. I’ve also seen speculation that here in Indiana, liquor stores and breweries are considered “essential businesses” and allowed to stay open because the health care system would be overwhelmed if people who rely on alcohol went into withdrawal.

Hence, I want to be clear that studying folklore of/and alcohol is not about uncritically celebrating it. Like any substance (including food), it can be used and misused. What is healthy for one person might be toxic for another.

This critical-thinking mindset is evident in the special issue of New Directions in Folklore dedicated to the study of craft beverages from a folkloristic (and specifically ethnographic) perspective, titled “The Spirits of the Folk: Alcohol-Based Community Identity in the 21st Century.” And good news, the journal is open-access so you can read it for free!

The guest editors of the issue, Kim Stryker and Jared Schmidt, are careful to frame the issues of power and representation as such:

Folklorists also need to be ever mindful of the voices that are not being heard, the narratives behind each grape, apple, grain, and hop harvested. Our discipline often situates itself in the trenches alongside those seeking workers rights. The world of craft alcohol is no different, and we need to be prepared to join in these discussions as advocates when we can (8).

Stryker in particular, who has been studying winemaking in Virginia, notes “that the mostly Mexican pickers brought in for harvest, while appreciated, were largely unrecognized for their role in the most physical aspect of the work” (3), with the bulk of the accolades going to the winemakers themselves.

Maria Kennedy’s piece on women in craft cider also emphasized some of the exclusions in the industry:

However, even though the cultural framing of cider presents a more open forum for women’s participation, and though there are women at the forefront of the field, women still experience difficulties. One female cider maker remarked to me about a research trip that was funding an expedition of orchardists to the UK. The trip had no female participation until she brought up this fact to the organizer, who promptly issued her an invitation. Women in marketing and sales may experience sexist attitudes, especially in the beverage trade, where marketing strategies still rely on heavily sexualized messages. Farmers and fermenters must contend with a labor culture that still does not see women with operating heavy machinery or performing manual labor (32).

The emphasis on identity – whose identities matter, whose are showcased, whose are ignored – shows up throughout this special issue. As Stryker and Schmidt note, drawing on Lucy Long’s well-known work on culinary tourism:

Deeply connected to the experience of consuming craft alcohol is the search for authenticity as individuals seek to “drink in” the culture, or flavor, of a place. […]  The authentic, and the search for it, can be shaped to meet whatever is needed, and it is increasingly inseparable from capitalism. Tourists travel near and far to visit establishments to imbibe a perceived or real sense of place and people, whether that be the rugged mountain communities of Montana, the flourishing vineyards of Oregon’s Rogue Valley, or the distillers of Appalachia. Tourists and newcomers appear to express interest in seeking out places where locals hang out in order to taste what a place has to offer. American consumers are savvier than ever, and the market is shifting to accommodate the demand for niche foodways. The rise in locally crafted alcoholic beverages has paired a sense of community identity with regional beverage makers. (5)

I decided to quote at length here because this definitely reflects my experience as a consumer of craft beverages, and I also see the importance of this conversation as a scholar. Folklorists have long studied the invented nature of tradition as well as the plasticity of authenticity (as in, people reframe what it means to be “authentic” all the time), and hence it’s neat to get to see this happening on the ground, as craft alcohols boom in popularity and we can watch makers and marketers deploying the rhetoric of authenticity in real time.

Indeed, Caroline Miller addresses the appeal to authenticity, while the makers shed some of the risks associated with it, in her piece on traditional distilling in Gnaw Bone, Indiana. She writes:

Emphasizing the connection to “original” local moonshining traditions and recipe appeals to the guests’ desire for an authentic moonshine experience. In this way the authenticity of the moonshine creates a virtual experience for the tourist. They can experience the moonshine without the risks associated with illegal activity and can even purchase moonshine to enjoy in the comfort of their own home (93).

Consumers generally want a piece of something that feels “real” and the savvy producer can, with a sense of history and marketing, position themselves as able to deliver; thus, in the “process of creating a place for these products in a new tradition, people depend on the veneration of the existing tradition on which they draw as they find ways to separate from it (100). And while not everyone uses the language of folklore scholarship to do so, they are utilizing folkloric materials and processes nonetheless.

While I’d love to review the remainder of the articles in the special issue – from Jim Seaver’s piece on “mommy juice” a.k.a. wine in the memes shared by American mothers to Erika Goergen’s piece on apprenticeship as a means of brewing education – I’m already running a tad long and am itching to hit the publish button.

I hope this blog post inspires you to go read the special issue if you’re into that kind of thing, or even just to think a little more creatively and/or critically about the kinds of things people imbibe, and how, and why. As with any aspect of material culture, alcohol is a physical thing that exists in the world, which on the one hand makes it a neutral object onto which we can project all kinds of meanings ranging from good to bad, but on the other hand, various alcohols have acquired traditions and values and connotations that aren’t shed easily. It’ll be interesting to see how global forces (pandemic and otherwise) continue to shape the tradition and variation bubbling around booze. 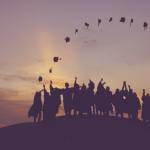 April 21, 2020
If the American Public Values the College Experience, We Should Fund It
Next Post 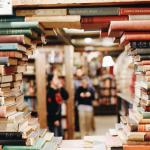 May 5, 2020 I'm Essentially a Knowledge-Worker; How Do I Do My Job When I Don't Have a Job?
Recent Comments
0 | Leave a Comment
"Davis traces the intertwined history of industrialization and eugenics to place modern concepts of disability ..."
smrnda #FolkloreThursday: Folklore and Disability
"I agree that there's a double standard present in how a lot of education works ..."
Jeana Jorgensen You Cannot Teach Someone Who Feels ..."
"That looks like an interesting podcast, but wow, at 2 hours long, I will have ..."
Jeana Jorgensen You Cannot Teach Someone Who Feels ..."
"Good quotes all around, and yeah, it's unfortunate when people refuse to look at anything ..."
Jeana Jorgensen You Cannot Teach Someone Who Feels ..."
Browse Our Archives
get the latest from
Foxy Folklorist: Folklore, Culture, Sex
Sign up for our newsletter
POPULAR AT PATHEOS Nonreligious
1 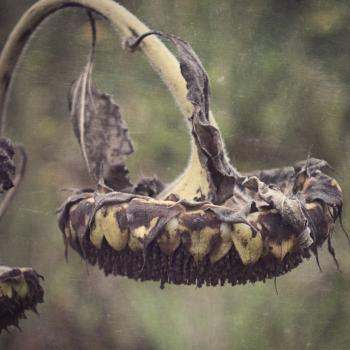