Just in time for Halloween – a description of what holidays are in folklore terms, and why we study them.

Holidays are a folklore genre that span multiple modes of transmission: verbal, customary, and material. We can broadly define holidays as special celebratory days within a culture’s calendrical/seasonal cycle that may have both secular and sacred components, or may focus more on one or the other. Some holidays have religious connections, while others do not. But all holidays have regional and cultural variations, and analyzing those variations interacting with tradition is what makes them interesting to folklorists.

Jack Santino, one of the folklorists who’s extensively studied holidays, describes them as having many components:

certain foods and beverages (as well as the act of feasting), music, noise (as distinct from music – firecrackers, for instance, or the popping of the cork on a champagne bottle), costuming, masking, parading, dancing, playing games and watching them, decorating, and performing religious rituals specific to the holidays, such as going to midnight mass at Christmas or to temple at Yom Kippur. (13)

Ritual, as Santino notes, plays a large role in holiday celebrations. These repeated, symbolic actions may or may not have religious connotations; I’d argue that trick-or-treating is just as much of a ritual as going to mass. Rituals might be specific to families and thus part of their family folklore, or they might be shared by entire national or ethnic folk groups.

Going into a bit more detail about the connection between holiday and ritual, Martha Sims and Martine Stephens write:

Seasonal celebrations also often combine sacred and secular features. Springtime celebrations of renewal, for example, are not only indications of significant beliefs within a particular religion’s practice. Formal sacred rituals surrounding seasonal holidays may happen in places of worship; however, in members’ homes, informal, more secularized rituals may also occur, marking the date as personally significant to the member as well as significant to the entire congregation of their church or religious group. Such distinctions take the holiday to a new level, allowing members to make their commitment and belief more personal, more integral to their own daily lives in addition to part of a larger system with which they may have only weekly (or sometimes less frequent) contact. For some, this personal or more distinctly family or community-based ritual may involve a special food that grandmother cooks only on that holiday, or a special family event, like getting up early on the day after Christmas to go shopping. (104)

In other words, the rituals associated with holidays bounce between formal and informal manifestations. They can be high- or low-commitment in terms of time, energy, and money. Some are extremely personal, while others can be shared with entire communities.

Many holidays have their roots in ancient festivals, whether devoted to the worship of deities or the turning of the seasons (like solstices). However, as I’ve talked about in my post on invented traditions, that’s not always relevant to why and how holidays are celebrated today. If you’ve got the data to make assertions about the past, cool; if not, focus on the present. Remember, folklore always serves multiple functions, so if a holiday’s not serving the people who celebrate it, it’ll drop out of circulation.

Take, for example, Halloween. While tracing its exact origins is challenging, we know that it formerly had associations with the dead, and was thought of as the night when the veil between the lands of the living and the dead grew thin. As Linda S. Watts notes in the Encyclopedia of American Folklore, “The origins of Halloween are probably in the Celtic Day of the Dead or festival of Samhain, an occasion that marks summer’s end and the arrival of a new pagan year” (187). These probable origins may explain some of the ghostly and grim imagery that appears at Halloween, though again, I’m hesitant to commit too much to this kind of overarching explanation.

My folklore colleague Merrill Kaplan, an associate professor at the Ohio State University, offers up information about the origins of Halloween here. Apparently the first recorded jack o’ lanterns were carved from turnips, not pumpkins.

One thing we can fruitfully observe, however, is the gradual shift from Halloween being a past-oriented holiday to a future-oriented holiday. Alan Dundes hypothesizes that American folklore reflects the wide-ranging American worldview (or belief system/paradigm) that favors looking to the future rather than the past, and this is found in our holidays and other realms of expressive culture too.

Americans have reworked many old world cultural elements and predictably enough, the American versions of customs with European cognates reveal the unmistakable influence of future orientation. For example, in the celebration of All Souls Day in  Europe, respect is paid to the dead, that is, to the ancestors, to the past. (The same is true of All Saints Day inasmuch as saints are part of the past.) In the United States, the Halloween festival has been converted to a celebration for children, not parents. Though remains of departed spirits survive in the form of ghosts and other creatures, memorial visits to the graves of ancestors have been replaced by parents giving treats to children who threaten to play pranks on them. In accordance with a futuristic-optimistic view, the child – which represents the future – is bribed to be good. The emphasis is upon the child, the future, rather than upon the deceased ancestor. (64-65)

Watts corroborates this: “it is children rather than demons that Halloween tries to appease” (187).

We see other facets of contemporary American culture in Halloween as well: gender and ethnic stereotypes appear in costumes, and legends play with our beliefs in predatory behavior, both realistic and supernatural. Commercialization, of course, is rampant.

Still, Halloween as a folk holiday persists, with local interpretations of how to celebrate it informing people’s experiences of it. As folklorists, this is what we’re after: the variations upon tradition that showcase different facets of identity and culture. And, of course, holidays are often fun to engage with, as participants and scholars alike!

Dundes, Alan. Thinking Ahead: A Folkloristic Reflection of the Future Orientation in American Worldview.  Anthropological Quarterly 42.2 (1969): 53-72.

Santino, Jack. All Around the Year: Holidays and Celebrations in American Life. Urbana and Chicago: University of Illinois Press, 1994. 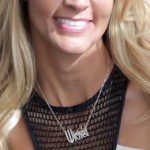 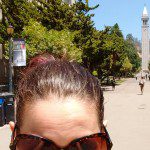