If you think myth is a popular topic for scholars of all stripes to sink their teeth into, just wait til you see what happens when we throw ritual into the mix!

Myth-ritual theory seeks to understand the intersections of myth and ritual. It is unique in asserting that there is a connection at all, because typically the scholars drawn to myth have studied it from religious or literary perspectives, while the scholars drawn to ritual have tried to understand ritual from anthropological or religious perspsectives. To unite myth and ritual as cultural components of meaning-making asserts that they fulfill similar, if not interdependent, functions in a society.

As myth texts were assumed to represent reflections from ritual, the nineteenth-century preoccupation with searching for origins centered on reconstructing the supposed rituals which had given rise to the myths. Most commonly the initiating ritual was said to be a calendrical or seasonal one. So as the death of winter yielded to the birth or rebirth of spring in predictable cyclical fashion, so there were myths of renewal like the cleansing effect of a primeval deluge in which an older world was destroyed and a new one created. (110)

Dundes also points out that, for all that it’s tough to prove early connections between myth and ritual, the theory had a beneficial effect on the study of myth: it encouraged literary scholars to take into account cultural context and not just focus on the myth texts themselves.

William Robertson Smith, a Biblical and Arabic scholar, pioneered this concept in the late 1880s. He asserted that myth derived from ritual in ancient Greece and beyond. This, however, designated a hierarchy between myth and ritual. As myth scholar Robert Segal points out:

Myth was superfluous as long as the reason for the ritual remained clear. Only once the reason was lost was myth created to explain and perhaps to justify the ritual, which might nevertheless have continued to be practiced anyway. (2)

Other major scholars to work with myth-ritual theory include James Frazer (known for articulating the concept of sympathetic magic) and anthropologists Clyde Kluckhohn and (to a degree) Claude Lévi-Strauss, as well as other scholars working on classics, literature, and culture. Kluckhohn and others believed that when myths and rituals are found together, they fulfill separate functions (the myth explains what the ritual enacts). Kluckhohn also argued that myth and ritual both serve the psychological function of alleviating anxiety by providing prescribed ways of understanding (as with myth) and prescribed ways of behaving (as with ritual; summarized in Segal 10-12).

There are valid reasons to ask whether myth-ritual theory can give us the whole picture, though. For one thing, its execution has been a bit ethnocentric, with a lot of focus on ancient and supposedly-primitive cultures (Joseph Fontenrose has published a big take-down of Frazer’s assertion that the myth-ritual connection is all about king-killing; see Segal 436-443). For another, early myth-ritual scholars have tended to ignore the gendered implications of their assertions (but this is my standard feminist critique of older scholarship). From what I gather, classicist Jane Harrison did attempt to account for the role of the feminine divine in her adaptations of myth-ritual theory, but there hasn’t been a ton of feminist critique of myth-ritual scholarship, at least not that I’ve found.

Still, you can’t talk about myth, ritual, and religion without talking about myth-ritual theory, no matter what your disciplinary perspective is. As Segal concludes:

Whatever the actual nexus between myths and rituals turns out to be, the myth-ritualist theory remains valuable. It suggests aspects of myth that might otherwise get overlooked – notably, the relationsip between belief and practice, between narrative and action. The theory also suggests parallels between myth and other cultural phenomena like science and literature that might otherwise get missed. (13)

Thinking about culture, religion, and narrative with myth-ritual theory as a framing concept is bound to yield some insights, even if some of the premises contained therein are worth interrogating. 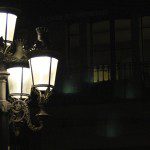 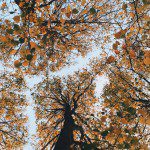 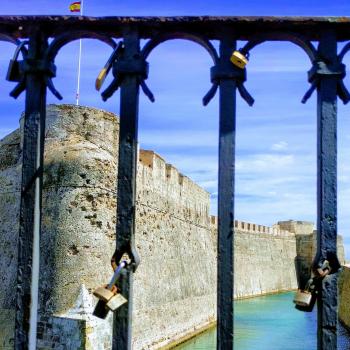