#FolkloreThursday: Not Everything Is A Story

#FolkloreThursday: Not Everything Is A Story December 21, 2017 Jeana Jorgensen

Stories are popular, and thus I expect this to be an unpopular opinion.

But as a folklorist, I can’t help cringing every time someone gets excited about a story that, well… isn’t.

You may be thinking, Who is she, the story police??? In a fashion, yes. Folklorists get to make that claim, as do literary and pop culture scholars. We’ve been developing techniques and theories to study stories for centuries now. I love being an active bearer of a disciplinary heritage with cool ideas ranging from tale types to the triviality barrier informing our analyses.

In her fantastic book Folklore Rules, Lynne McNeill states that “the most famous, the most well-known, and the most studied forms of verbal folklore are stories” (38). She’s not wrong…but it’s interesting that she follows this up with a footnote asserting: “Folklorists prefer the term narratives, as it sounds more academic” (62, n 3). Also not wrong.

Here’s the thing: story has become a very elastic term in contemporary English language usage. It can mean almost anything, from “a thing I heard one time” to “a Bible verse that we take to both be literally true and have a deeper message/meaning” or “the plot of a film/novel/comic book” or “my personal timeline of growth” or… you get the idea.

This is part of my beef with the concept of the “single story,” which is basically a stereotype or generalization… which can totally still be a kind of folklore, since many stereotypes are circulated as a part of informal traditional culture. But as I wrote in Folklore and the Single Story,

connecting folklore to “single story” language is recent, and I like doing so because it demonstrates how knowing the full definition of folklore as informally transmitted traditional culture (rather than a narrower definition as just oral tradition, or just quaint peasant practices) can keep the study of folklore relevant.

So there are benefits to connecting these concepts, even though the way the “single story” has caught on is not really about stories at all. I feel guilty for continuing a trend that I’m invested in criticizing on the conceptual level, but I also like to think that I have enough sense to recognize a good thing and run with it. It’s proven popular in my college classes, for example, and given students a shame-free way to acknowledge that they’re not as educated on a given topic as they’d previously believed.

In my #FolkloreThursday post about folk narrative, I wrote:

I’m still refining my definition of narrative. Currently, I’m leaning toward a mix of various other definitions I’ve seen, informed by discussions with my folklore colleague Eric Cesár Morales, which I’m sure I could come up with a billion citations explaining various influences, but here goes with just the definition:

A narrative is an artistically framed reporting of events.

There. Concise, encompasses both fact and fiction, applies to many genres across both formal and informal modes of communication, and allows for the consideration of aesthetics and artistry as well as structure. By this definition, narrative remains coextensive with story, and hopefully frees us up to identify things that are routinely called “stories” as the other types of genres they might actually be (such as stereotypes, beliefs, story kernels/summaries, and so on).

Dear readers, I don’t want you to be sold a load of bullshit.

Labeling something a story is a political act. It makes a claim about narrative and cultural legibility. It says, “this is a thing that I recognize as a story, and you should too.”

It might make a claim about narrator vs. audience, whereas labeling something a belief implies buy-in, some form of intimacy with the material.

This is especially relevant in the ramp-up to Christmas. Countless church events and TV specials promise to retell the story of Christmas, of Christ, of whatever. But because story is narrative, and narrative is framed, that always means decisions about inclusion and exclusion. When we’re exposed to a given group’s retelling of the story of Christmas, we may not see the offstage decisions about whether to downplay that this is a story about refugees. We may not be able to view our own context, one in which xenophobia runs rampant.

Many organized religions sell us stories, some of which could legit be categorized as narratives, yes. Religions disseminate origin myths, personal narratives about awe-inspiring experiences and conversion experiences, and more. And those stories swallow up dissenting stories, and dissenting things-that-are-not-stories, the as-yet unprocessed experiences of people who are silenced or traumatized within and by various religions.

In order for there to be story, there must be silence on the receiving end. Whose silence? At what cost?

Capitalism also retells many stories: stories that promote the success of the individual, recognized as shining outside any social support system, any economic context that made this success more likely than any other individual’s success. When we unreflectively retell these stories, when we don’t say “Hey where does this narrative come from, and who does it benefit? Is it a narrative or just a widely circulated belief?” we lose out on an opportunity to critique how power is upheld not just financially and forcefully, but also culturally.

When we privilege story, even in its vaguest manifestations, we risk losing sight of the directionality of narrative: that for there to be a speaker, there must be a listener. And these roles are not always evenly distributed, despite the neoliberal messaging that tells us that Anyone Can Tell Their Story Because Yay We’re All Equal Now!!!

I’l wrap up by saying that I’m working on a follow-up post called Stories Won’t Save Us, in which I consider the ideological import of being told that storytelling will always save the day, inspire empathy, and so on. Because, spoiler, it won’t.

Anyway, feel free to check out some of my blog posts that focus on narrative: 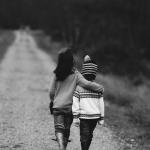 December 19, 2017
Will Indiana Listen to Expert Advice in Time to Save (Heterosexual) Kids?
Next Post