Rites of passage: we’ve all been through them, but what exactly are they?

If you’ve been born, or baptized, or married, or if you’ve celebrated a significant birthday with festivities and/or debauchery–guess what, you’ve experienced a rite of passage! In this post we’ll define rite of passage, describe its significance in relation to folklore and religion, and talk about why they’re significant.

Folklorist Arnold van Gennep (1873-1957) defines rites of passage as “all the ceremonial patterns which accompany a passage from one situation to another or from one cosmic or social world to another” (102). In other words, a rite of passage is a transitional time in life when you attain a new identity, whether social, religious, sexual, occupational, or other. The rite of passage is the collection of ceremonies and rituals that moves you from your old identity to your new identity.

One of van Gennep’s main insights about rites of passage is that they all share the same structure. As Alan Dundes points out, this is hugely important, because before van Gennep’s work,

folklorists tended to consider different rituals separately. Accordingly, one might compile a set of birth rituals, another might investigate marriage rituals, and a third might explore death rituals. (101)

Wait, are we using ritual and rite of passage interchangeably now? Not quite. In my folklore classes, I describe rituals as the building blocks that make up rites of passage. Recall that rituals are traditional repeated behaviors with symbolic weight. If you think about a birth ritual being a traditional symbolic action that accompanies birth, then yeah, it makes sense to call it a ritual. But when you conceptualize the ceremonies and rituals around birth as accomplishing something in the social and/or spiritual lives of the people involved, you’ve arrived at the rite of passage.

Van Gennep was well aware of this problem, and took what we would now call a structuralist approach to disambiguating ritual (or as he calls it, rite) from rite of passage:

Marriage ceremonies include fertility rites; birth ceremonies include protection and divination rites; funerals, defensive rites, initiations, propitiatory rites; ordinations, rites of attachment to the deity. All these rites, which have specific effective aims, occur in juxtaposition and combination with rites of passage–and are sometimes so intimately intertwined with them that it is impossible to distinguish whether a particular ritual is, for example, one of protection or of separation. (103)

So, if even the experts are agreeing that ritual and rite of passage can be difficult to tell apart, well, there you have it. But that doesn’t mean you should just toss the words around willy-nilly… that’ll piss off folklorists and anthropologists everywhere. Make an honest effort to understand how the folkloric custom in question functions for its performers, and that’ll lead you closer to an accurate answer.

Further, one of van Gennep’s major contributions to this discussion is structural in nature. Rituals tend to be single acts, actions, or instances of behavior, while rites of passage are complex enough to have a tripartite structure. Van Gennep observed that rites of passage usually have three main parts:

Since weddings are a classic example of a rite of passage, we’ll use them to illustrate the three-part structure of rites of passage. In the separation phase, the engaged couple are taken out of their former social category – single people – and treated differently. In the contemporary American context, this would include things like the bridal shower, the deference with which the engaged couple are treated when tasting cakes and trying on outfits, and so on. In other cultures, the duration of the betrothal period might be long or short, low-key or intense. Sometimes separation rites include things like ritual fasts or purifications, or different forms of dress/body art.

In the liminal phase, it’s a carnivalesque time of festivities, when the normal social rules don’t apply (think bachelor/bachelorette parties). Liminality refers to a time on the threshold, betwixt and between. Usually, the immediate lead up to the wedding would be considered the liminal phase, when the engaged couple are shedding their identity as single folks, but they’re not quite married yet. In early modern European cultures, there was often ribald jesting and riddling during the liminal phase of the pre-wedding festivities. Highly sexually suggestive jokes and folk dramas emphasized that this was not a normal moment in social time, but rather something special.

The reincorporation phase involves folding the newly-married couple back into normal social life, and emphasizing their now-married status. Some of the rituals observed after the wedding ceremony – tossing the bouquet, cutting the cake, toasting to the newly married couple – are meant to solidify this status. Many weddings take place in a house of worship but then move to a secular space for the celebration, which would exemplify the shift from a liminal to reincorporation phase (things going from abnormal back to normal, though a new version of normal).

Because all of us have been born, we’ve all experienced birth as a rite of passage. Many of us have experienced subsequent ones, such as graduating, celebrating reaching adolescence and/or adulthood, and so on. Whether sacred or secular, rites of passage help us track the social and spiritual dimensions of our life cycle, and they bind us to each other and our communities. Structured in three main parts, rites of passage also incorporate significant elements of identity, and thus are worth discussion and study. 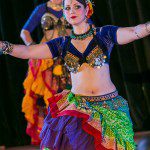 November 2, 2016
The Freedom to Suck at Something
Next Post 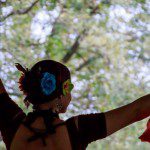