I ran out of time to make the #FolkloreThursday post I wanted to make today – about stereotypes and slurs as forms of folklore that are super important to study – so instead I’ll reblog a piece I wrote about stigma.

If you’re interested in the intersections of religion, culture, and folklore, it’s absolutely essential to understand what stigma is. This post revolves more around sex-related examples, but I’m guessing y’all can extrapolate a bunch to make this concept apply to whatever aspect of society you’re interested in. And mostly, I just want more people understanding this concept. On to the post!

A lot of our cultural conversations around sexuality, STIs, slut-shaming, and more are shaped by the concept of stigma. Seems worth a blog post, right?

In the academic world, stigma became an important concept with the publication of sociologist Erving Goffman’s 1963 book Stigma: Notes on the Management of Spoiled Identity. In it, Goffman defines stigma as an “attribute that is deeply discrediting” & that reduces its bearer from “a whole and usual person to a tainted, discounted one.”

Some examples of stigma might include someone who’s an intravenous drug user, someone who has been fired from multiple jobs, someone who’s divorced, or someone who’s a follower of a marginalized religion. None of these are desirable or “normal” identities (which isn’t to say they’re not common experiences).

This website breaks down some important components of stigma: labeling, stereotyping, separation from norm (“us” vs. “them”), status loss, and discrimination. So the process involves noticing a difference, building up a complex of stereotypes around it, making that class of people seem really different or distinctive from the norm, and then basically punishing them for it. This process doesn’t always happen on a conscious level, either.

In my post on the adjacency effect, I attempt to link stigma to ontological shock, sympathetic magic, and ritual pollution (ambitious, I know). My point in that post is that there are multiple overlapping symbolic systems that subtly encourage people to judge others by how they do gender, how they act sexually, and so on. And this is a problem, especially when it becomes seen as a part of someone’s identity, rather than just something they do.

I’m not going to talk much more about how stigma works – c’mon, I’m a folklorist, not a sociologist – but hopefully this post laid some groundwork for understanding what stigma is: a process of differentiation, stereotyping, and discrimination that harms people. In future posts, I’ll write about the intersections of stigma and sexuality, and make a case for sex education that dispels stigma around STIs, thus improving public health as a whole. 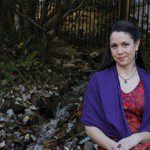 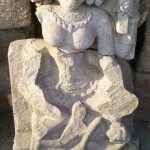