Is calling someone “superstitious” an insult? If so, why?  In this post we’ll unpack what the folklore genre of superstition is, and why rebranding as folk belief sometimes helps.

The popular definition of superstition is as a naïve popular belief and any related behaviors, often thought to be illogical and irrational. Some common American examples include:

In contrast, we define folk belief as any traditionally held belief. It’s usually a belief shared by members belonging to the same folk group, or a belief that can be demonstrated to have multiple existence and variation, coming from informal rather than institutional sources.

What superstition and folk belief have in common, and why we might use them interchangeably as folklore scholars, is: each is a belief, practice, or procedure based on conscious or unconscious assumptions; further, they share the form “cause/sign, result” where something either causes or indicates another thing.

This is one instance where defining a genre by how it’s structured can be useful. As Alan Dundes has articulated, most folk beliefs and superstitions have the internal structure If A, then B, unless C. This is why we talk about superstitions as being primarily about correlation and/or causation: they’re essentially symbolic folk systems for understanding how the world works around us. To take the third example from above, you have an “if A, then B, unless C” statement about spilling salt. Sometimes “unless C” gets left off, so we might talk about the “if A, then B, unless C” format as the fullest form of a folk belief, which is why it’s important to collect as many versions as possible for comparative research.

In many cases, these items symbolically share an association with sympathetic magic. In other words, their symbolic logic works either due to positing that like attracts like, or that once in contact, things/beings will continue to exert an influence on one another.

We also categorize superstitions by their content, or the topic they relate to. Here it’s relevant to mention Wayland D. Hand (1907-1986), a folklorist who created the classification system that is now widely used in the study of folk belief. We at the UC Berkeley Folklore Archive use his system to categorize superstitions that have been turned in since the 1960s. The L.A. Times has an excellent obituary of Wayland Hand here.

The main categories of superstition that Hand identified are (in somewhat condensed form):

Distinguishing folk belief from folk religion is tricky, in large part because religion is based on belief. My sense is that we tend to classify secular things as superstition or folk belief, whereas things involving deities tend to get filed under folk religion. But then you get interstitial figures like the Devil, who show up in both…so, uh, it’s more like guidelines.

Some genres can look or feel like superstition or folk belief, but we still classify them differently. The line between folk belief and ritual can certainly blur, for instance (we tend to characterize ritual as the symbolic enactment of belief). And there’s dite, which is its own little genre. Superstition and folk belief can be fairly direct expressions of folk ideas, such as ideas about contamination (5 second rule, anyone?) or probability (“lightning never strikes twice,” which can be interpreted either literally or metaphorically depending on what kind of situation you find yourself in).

A special case worth mentioning is “weather proverbs,” which Dundes argues are actually weather superstitions. Recall that proverbs are traditional statements of metaphorical wisdom. Similarly, folk simile and folk metaphor use decorative language to draw connections, but aren’t about causation or correlation the same way that we’ve shown folk belief to be. One might try to make a case that a saying like “Red sky at night, sailor’s delight” or “April showers bring May flowers” are weather proverbs, but as Dundes argues, one would be wrong. These phrases sound proverbial, but they’re an “if A, then B” statement, so they’re better categorized as superstitions.

Is this stuff kinda ambiguous and fuzzy? Yes, yes it is. But so is culture, if you hadn’t noticed.

Thus, at the end of the day, I don’t necessarily care if my students use folk belief or superstition when referring to the genre of an item. I do worry that superstition might be off-putting to some people, and imply judgment, so that’s one reason to steer clear of it. 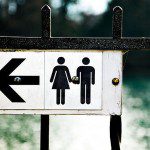 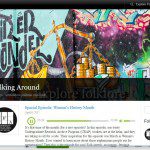 April 14, 2017 The UC Berkeley Folklore Archive Podcast: Folking Around!
Recent Comments
0 | Leave a Comment
"Oddly, my own experience of college as a student was that with a few exceptions, ..."
Jim Jones What Do I Even Write About ..."
"Its what you do that matters not what you say. with that being said freedom ..."
Brianna LaPoint The U.S. Has Never 100% Upheld ..."
"Depending on what speech and whose speech."
ounbbl The U.S. Has Never 100% Upheld ..."
"Kneeling? Like in a photo people kneeling in front of photo of an ex-convict? BTW ..."
ounbbl It’s Not Free Speech Oppression If ..."
Browse Our Archives
get the latest from
Foxy Folklorist: Folklore, Culture, Sex
Sign up for our newsletter
POPULAR AT PATHEOS Nonreligious
1