#FolkloreThursday: The Epic Laws of Folk Narrative May 18, 2017 Jeana Jorgensen

Someday I will have a #FolkloreThursday post attempting to define epic. Today is not that day. But there’s some cool narrative stuff here worth knowing.

In my conference recap of ICFA 38: Fantastic Epics, I mentioned that I was on a panel about the intersections of fairy tales and epics. While defining epic is its own – dare I say – epic task, I thought I’d bring a little something else to the table today: Axel Olrik’s epic laws of folk narrative.

I apparently have a thing for dead Danish folklorists. Axel Olrik is one of these people.

Olrik (1864-1917) was a pioneering figure in international folkloristics, earning him a spot in Alan Dundes’s edited volume of that title. Among other things, Olrik was instrumental in founding the Folklore Fellows, an international scholarly society that helped grow the academic discipline of folkloristics, and is still in existence today. Olrik studied with Svend Grundtvig, a major Danish ballad scholar, and Norwegian Moltke Moe (who collaborated on a classic folktale collection).

One of Olrik’s apparent goals was to determine whether there were characteristics of what he called “Sage,” an inclusive terms by which he meant myth, folktale, legend, and folksong that could help to distinguish folklore from written literature. He suggested that as a given oral narrative enters written domain, it tends to lose its distinctive character as reflected in various epic laws. Regardless of whether this is so and also of whether Olrik’s laws apply to the folklore of non-European cultures, there can be no question that his effort to articulate laws or principles of folk narrative constitutes a landmark in international folkloristics (86).

So what are these epic laws? I’ll turn now to Olrik’s own words:

In popular narrative, storytellers have a tendency to observe certain practices in composition and style that are generally common to large areas and different categories of narratives, including most of the European narrative tradition. The regularity with which these practices appear make it possible for us to regard them as “epic laws” of oral narrative composition. (41)

When we study folk narrative, we tend to break it into distinct genres, based upon stylistic qualities, relationship to reality/belief, and so on. What Olrik’s saying is that what matters more than genre boundaries is that it’s verbal folklore, orally transmitted, since there are narrative conventions that performers tend to follow in order to aid with cohesion, audience memory, and so on. Olrik ties the epic laws to the need for clarity of narrative when a narrative is being transmitted orally, with all the constraints that entails.

Without further ado, here are the epic laws:

There are also a number of epic laws that aren’t as pithy as the ones summarized above; these include repetition through progressive assent (each fight the hero must win is more difficult than the last), the unity of the plot (how a plot aspire to a single event and excludes extraneous details that don’t contribute to this), and the single-strandedness of plot (how folk narrative plots don’t generally break away to return to something that had already happened, unless it’s super relevant to the plot moving forward). There’s more about unity of plot vs. ideal epic unity of plot, but I won’t go into that here.

Stylistically, Olrik also describes the importance of what he calls tableaux scenes:

In these scenes, the actors draw near to each other: the hero and his horse; the hero and the monster; Thor pulls the World Serpent up to the edge of the boat; the valiant warriors die so near to their king that even in death they protect him; Siegmund carries his dead son himself.

These sculptured situations are based more on fantasy than on reality; the hero’s sword is scorched by the dragon’s breath; the maiden, standing on the back of a bull or snake, surveys the scene; from her own breasts the banished queen squeezes milk into the beaks of a swan and a crane. (quoted in Dundes, 94)

These tableaux scenes exist because, according to Olrik, they “possess the singular power of being able to etch themselves into one’s memory” (quoted in Dundes, 95).

And that’s what this is all about: discerning where the stylistic and structural qualities of folk narrative converge to make art so memorable that it persists in oral (and sometimes written) tradition. Some of the epic laws of folk narrative get weighted differently, or even discarded, in certain genres of folklore, but they provide an excellent starting point for comparative research. 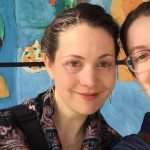 May 17, 2017
From Matisse to Chez Panisse: My Last Week in Berkeley
Next Post 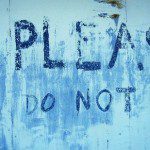