#FolkloreThursday: The Functions of Folklore

#FolkloreThursday: The Functions of Folklore May 26, 2016 Jeana Jorgensen

First, we need to disambiguate “function” since it can have a couple of meanings in academic folklore and anthropology contexts. What I mean in this blog post is function as the purpose, intention, meaning, or effect of a given folklore item or performance. You might also run across function as a plot point in a fairy tale, in the legacy of Soviet structuralist scholar Vladimir Propp (totally deserving of his own Folklore Thursday post one of these weeks). Finally, you might have heard of the anthropological school of thought called functionalism, which was all about the functions of given parts of a society in relation to the organic whole.

Anyway, the functions I’m talking about here are the roles that folklore can play in society, basically the “why” of why people transmit, perform, remember, and transform folklore.

In this field, we tend to talk about there being four major functions of folklore, thanks to the scholarship of William Bascom, a major mid-century folklorist.

Before I go into Bascom’s list of four functions, we have to cover function zero, the assumed function of all folklore. That function can be described as entertainment, fun, laughter, and joy. That’s just like…duh. If folklore is expressive culture, then it’s going to be marked off, or textured differently, from the rest of speech, social acts, and general everyday culture. When people launch into a joke or legend or proverb or some other form of verbal folklore, there are usually shifts in language to indicate that they’re now in a special realm of culture. There can be explicit verbal framing, such as “Did you hear the one about…?” or “OMG, this happened to a friend of a friend…” The framing is different in material culture and customary folklore, but it’s there nonetheless.

(This also plays into one of my folklore pet peeves: when people think folklore is “just” fun or “just” entertaining.” Say that to a folklorist if you want to watch our faces turn red as we bite back a number of highly amusing expletives.)

Okay, on to Bascom’s list. The four main functions of folklore are:

To illustrate these functions, fairy tales come to mind as the perfect example, since they can fulfill all four functions in various contexts (and of course, they’re entertaining, fulfilling function zero). Fairy tales educate about gender roles, demonstrating how masculinity and femininity are supposed to be enacted. Fairy tales validate the existence of property-based and inheritance wealth systems. Fairy tales exert social pressure to marry, monogamously and heterosexually. And finally, fairy tales provide wish fulfillment in giving the plucky protagonist their happily ever after, complete with marriage and ascension to the throne.

Not all genres of folklore touch equally on each of these functions, though traces of them tend to weave throughout most folklore. Jokes tend to be heavy on the release/outlet/wish fulfillment end of the spectrum, for example. Myths are especially important for validation of culture and social norms, as well as revealing why those norms exist in relation to the broader culture and whom they serve, as per the culture reflector theory.

[T]he same piece of folklore can serve multiple functions at once. An urban legend can serve as a warning for a whole community or simply as a psychological release for an anxious individual. A political joke can allow an adult to test the leanings of a social gathering, or it can allow a young person to unofficially push against parental ideology. A folk song can serve as a literal commentary on current or historical events, or as a symbolic expression of complex emotion. A customary holiday game or sporting event can provide social release as well as reinforce a group’s identity (31).

So, the list of functions is ever-expanding and in flux, because among the four up top, you probably didn’t see “reinforce group identity,” but that is acknowledged as a hugely important function of folklore in current scholarship.

The main point is that folklore has a purpose, and our job as folklore scholars is to uncover that purpose and thus contextualize folklore as one of the main communicative tools that humans have. 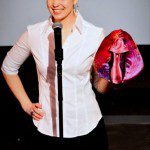 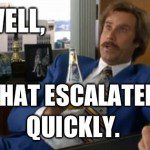 May 27, 2016 My SAR Experience (Told In Memes)
Recent Comments
0 | Leave a Comment
Browse Our Archives
get the latest from
Foxy Folklorist: Folklore, Culture, Sex
Sign up for our newsletter
POPULAR AT PATHEOS Nonreligious
1