Have you ever heard someone say “Oh, that’s just folklore”? Here’s why it pisses off folklorists, and why it’s utterly untrue.

First, as I discussed in my intro post at Patheos, folklore isn’t just a collection of lies or falsehoods:

The way we define it, folklore is traditional, informally transmitted culture. Maybe you’ve heard someone say “Oh, that’s just folklore” or “oh, that’s just a fairy tale/myth/old wives’ tale/etc.” but that’s not the association we use in academic folklore studies. I think we have Mythbusters to thank for some of this, but ah well. That meaning of folklore, as false belief, definitely applies to some of what we study, but not all of it.

Turns out, we’ve got a name for this phenomenon: the triviality barrier.

The triviality barrier was coined specifically in regard to children’s folklore, which is often ignored and dismissed on account of its seeming triviality. However, nothing could be farther from the truth: the folklore of children resonates deeply with the experiences of marginalized and disempowered people. It has many functions, from providing group cohesion to testing the limits of authority and social norms.

As Simon Bronner writes of his collection of children’s folklore:

This collection reports what children really have to say, and not necessarily what we like to hear. No, children’s folklore is not all the sweetness and light of “Ring around the Rosies.” And no, it is not stuck in a past golden age. Yes, it thrives in the city as well as the country, in our modern times as much as it did in pioneer days, among rich children and poor, girls and boys, of all ethnic groups and religions. It adapts to changing times and comments on them. It works hard for its living. (27)

To, to say children’s folklore – or any folklore – is undeserving of study is clearly false (and patronizing to boot). The same is true of women’s folklore (especially adornment and fashion), jokes, and internet folklore.

If anything, folklore’s seeming mundane traits make it even more deserving of study. As Lynne McNeill writes:

But there’s a strong argument to be made in favor of studying the mundane, the familiar, and the trivial, and we can see it when we look at the root of the word trivia. It comes to us from the Latin trivium, which means “three roads” or, specifically, the spot where three roads come together. […]

If we want to understand a group of people – not individuals, but the group as a whole – we need to look at the things they share, the places where their lives intersect,rather than the things that distinguish them…. The commonness of folklore is exactly what makes it so important as a subject of cultural study. (15-16)

Whatever realm of folklore or culture you’re studying, being aware of whether it’s been trivialized or marginalized can be a great start to understanding what role it plays in the broader culture. And not letting the triviality barrier deter you from looking into a cultural phenomenon more closely can yield unique insights into people’s lived experiences and deeply held values…which is what we’re after here at Patheos, right? 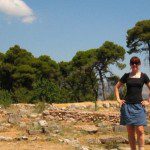 June 8, 2016
A Personal Reason to Wear Shorts
Next Post 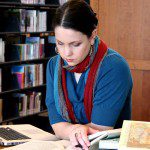 June 10, 2016 Blogging, Academe, & Academic Blogging as Platforms for Voices
Recent Comments
0 | Leave a Comment
Browse Our Archives
get the latest from
Foxy Folklorist: Folklore, Culture, Sex
Sign up for our newsletter
POPULAR AT PATHEOS Nonreligious
1