An important chapter in the discipline’s history is sadly very racist, but that makes it all the more important to learn about.

In my keynote on the body in folklore, I talked about how early folklore scholarship either completely ignored the body, or made awful, ethnocentric generalizations about non-Western bodies (especially “primitive” bodies). In order to understand this part of our disciplinary history, it helps to know what unilinear evolution is.

Unilinear evolution is a nineteenth-century scholarly paradigm hypothesizing that all human societies passed through the same stages of civilization (or lack thereof) in the same order: savagery, barbarism, and finally civilization. Societies climbed up these phases like rungs on a ladder, and what’s more, since the ladder itself was thought to be universal, groups occupying the same rung could be usefully compared to one another, whether they’re contemporaneous or not.

Britiah anthropologist Edward B. Tylor was a major proponent of this view, but there were others (described in detail on this university’s anthropology terms site). Notably for folklorists, Sir James George Frazer (who gave us the concept of sympathetic magic) adhered to this view.

To illuminate folklore (which was essentially limited to the traditions of peasants living in a state of barbarism of the vestiges thereof retained among civilized peoples), it was necessary to compare folklore items with what Frazer assumed were the fuller, more complete, and “original” forms still to be found among contemporary “savages.” With this premise and its assumption of universalism, Frazer felt perfectly justified in taking data out of particular cultural contexts to be cited in his vast compendiums of “parallels” to particular myths and customs. (International Folkloristics 110).

Andrew Lang, known for his “Colored Fairy” books as well as his anthropology scholarship, is another figure who crosses into the history of folkloristics and subscribed to unilinear evolution. He wrote:

The student of folklore is thus led to examine the usages, myths and ideas of savages, which are all still retained in rude enough shape, by the European peasantry…In proverbs and riddles, and nursery tales and superstitions, we detect the relics of a stage of thought, which is dying out in Europe, but which still exists in many parts of the world. (quoted in Dundes Folklore Matters 58-59)

This is, obviously, a problematic take on things. As Dundes points out:

The apparent irrationality of folklore could be explained by understanding such folklore in the light of primitive thought where it was intelligible…According to this somewhat racist, ethnocentric theory, primitive people were incapable of thinking in terms of causal logic, a view echoed in the mid-twentieth century by C. G. Jung. (59)

Ah, Dundes could never resist a dig at Jung, or Campbell for what matter. And people wonder where I got it.

Anyway, the last century’s scholars weren’t all sold on unilinear evolution. I like this snippet from Franz Boas, another founding father of American anthropology who was also involved in folklore studies:

It must, therefore, be clearly understood that anthropological research which compares similar cultural phenomena from various parts of the world, in order to discover the uniform history of their development, makes the assumption that the same ethnological phenomenon has everywhere developed in the same manner. Here lies the flaw in the argument of the new method, for no such proof can be given. Even the most cursory review shows that the same phenomena may develop in a multitude of ways. (quotes in Dundes Folklore Matters 59).

Sadly, however, this rhetoric has been embalmed in our discipline’s history. For example, the concept of the “folk” used to be very ethnocentric, though the way we use “folk group” now is much more expansive.

When teaching at Berkeley this past semester, I introduced the concept of unilinear evolution early in the class, like in the third week, when covering  myth. Additionally, myth-ritual theory is steeped in assumptions about the evolutionary relationships between not only myth and ritual but the “stages” of humanity. But unlinear evolution also inflects the study of customary folklore (particularly folk belief and folk medicine) as well as children’s folklore, and so I mentioned the concept during those units of my class as well.

Understanding unilinear evolution is crucial to understanding the development of anthropology and folkloristics, as well as some of the terms and theories that are still in circulation today. It’s helpful to examine our own biases, as scholars and more generally as cultural beings, and I think knowing this disciplinary history helps us do better to avoid ethnocentrism. 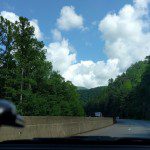 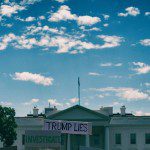