If you’ve heard or used slang, or encountered an urban legend, then you, my friend, have been exposed to verbal folklore! Perhaps you’ve even performed it!!!

In folklore studies we tend to classify texts by genre, meaning that we group similar items of folklore together and slap a label on them. However, we also talk about types of folklore in broad ways related to the medium in which they’re transmitted, and that’s what this three-part post series will be about.

The first of these, things people say, is considered in more scholarly language to be verbal folklore. Verbal folklore – also called verbal arts or oral folklore – encompasses the realm of folklore transmitted in language.

Here’s how Lynne McNeil characterizes it in Folklore Rules:

The category of things we say encompasses all folklore that comes out of our mouths or through our fingertips and onto a piece of paper or a screen. That means jokes, slang, proverbs, riddles, mnemonic devices, rhymes, songs, oaths, toasts, greetings, leave-takings–basically tons and tons of forms of folklore–but the most famous, the most well-known, the most studied forms of verbal folklore are stories. (38)

Jan Brunvand characterizes this category of folklore as such:

Oral folklore, the type most commonly studied until fairly recently in the United States, may be conveniently arranged and listed from the simplest to the most complex varieties. At the level of the individual word is folk speech, including dialect and naming. Traditional phrases and sentences make up the area of folk proverbs and proverbial sayings, while traditional questions are folk riddles. Next are folk rhymes and other traditional poetry, then folk narratives of all kinds, and finally folk songs and folk ballads with their music. (11, italics in original

Because most verbal folklore genres are expressed in language, we use a lot of concepts from linguistics and literary analysis to study them. So we might talk about whether certain texts are fixed-phrase or free-phrase, what sorts of motifs and themes they contain, and so on. Most folk narratives fall under verbal folklore (though there are certainly narratives expressed in other forms) so we tend to associate narrative analysis with verbal folklore too.

Since I work so much with narrative, I guess it’s not a surprise that I’ve blogged about a ton of verbal folklore topics already. When it comes down to it, I’ve been a language and story nerd for most of my life.

Again, the key determining factor in whether something counts as folklore is how it’s transmitted: whether it’s conveyed through official/institutional cultural channels, or unofficial (a.k.a. “folk”) ones. Not all language is folklore, but when folklore is conveyed in/of language, we consider it to be verbal folklore. 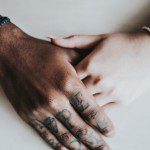 April 26, 2017
Sex: Questions of Quality and Quantity
Next Post 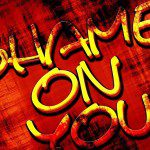