By now you should understand that folklorists are practically obsessed with variation. But when we call something a variant, it has a really specific meaning.

Variation is key to understanding folklore as a process of informal cultural transmission. No official or institutional oversight means that folklore is free to proliferate in variants, though of course there are cultural constraints on the “right” version of something. However, we use all these terms in slightly different ways. This led Alan Dundes to make his famously puzzling remark:

Thus all variants must by definition be versions, but not all versions are necessarily variants. (290, note 6)

Let’s unpack that! (to the soundtrack of fellow Dundes students cackling about the times we’ve put this on a folklore exam as a true/false question; you know who you are)

First, recall that folklorists call individual items of folklore texts. And we apply this word to any item of expressive culture, broadening the connotation of literary texts as fixed written things, so we have texts that are verbal in nature, like a single fairy tale or legend; those that are customary, like a ritual practice; and those that are material, like the recipe for a dish, or an item of adornment.

We tend to use “text,” “item,” and “version” interchangeably when describing this one piece of folklore I collected/found in an archive/encountered online/etc. But when we want to specifically talk about the kinds of variation we’re encountering, we will often use variant, which implies greater fluidity and flexibility in the nature of the item, rather than the fixity that text tends to connote.

As Lynne McNeill demonstrates, it’s key to use our terms in a way that foregrounds the importance of variation:

the lore, the stuff that’s being passed around (which could be stories, customs, beliefs, whatever) isn’t limited to a single correct version. When a cultural expression is (re)created anew each time it gets shared, it varies a bit, and it’s this variation that allows us to identify a particular cultural form as folklore. (11)

It’s important to keep in mind that folklorists usually aren’t interested in being the One True Version police. While we find it endlessly fascinating when other people debate whether someone messed up a joke or told the “right” ending to a fairy tale, we’re not usually professionally invested in this question of correctness (though personally, it may be another matter entirely!).

So if we use “version” to mean “any iteration of a folklore text” why do we also need “variant” as a term? It’s because while variation is key to folklore in general, not every text is going to vary significantly from other texts of the same joke/proverb/custom/whatever.

This is one reason why we have the distinction between free-phrase and fixed-phrase texts: if you collect ten proverb texts from ten different people, and nine of them have exactly the same phrasing, while one differs a little, then you’ve got ten versions comprised of two variants: the type with the more commonly-found phrasing, and that one outlier. Or you could say we’ve got ten versions, including one variant, or here are nine identical versions and a variant. There’s a little flexibility in how we use this language.

You could also picture this in terms of concentric circles: every version of a text is included in the larger circle, and those that depart from it in some fashion would have their own interior circles, showing that they’re variants of the more mainstream or common form.

The version/variant distinction isn’t limited to literal phrasing, either. If you have a handful of texts of “Little Red Riding Hood” where the woodcutter saves the girl and her grandma, and then one where the wolf just eats them both, end of story (as in Charles Perrault’s text), then they’d all be considered versions of ATU 333, but the Perrault text with its outlier of an ending would be called a variant.

This gets, uh, interesting because obviously the concept of variant is relative. You need to gather enough versions before labeling any variants in order to get a sense for their distribution. McNeill ties this back to some of our discipline’s main concerns about transmission:

Variation also implies another important marker of folklore: there has to be more than one version of something in order for it to vary. So in order to identify something as folklore, we have to find it in more than one place. Let’s say that you write down a story in your secret journal that you never let anyone read. Even if it sounds like a folktale (with princesses and witches and fairy godmothers and magic mirrors) or sounds like an urban legend (with hook-handed maniacs and persecuted babysitters), it’s not folklore until it’s been passed along. Remember, identifying folklore is all about identifying how it travels; if it hasn’t traveled at all, then it’s simply not folklore. In fact, if it hasn’t been shared, it’s simply not “folk” – remember, “folk” implies “culture,” which implies “group,” not a single person. This is why we so often call folklore “traditional” – it gets passed on from person to person, leaving multiple versions in its wake. (12)

Thus the issue of even assembling enough versions to proclaim some of them variants relates to the central issues we study as folklorists: group identity, enculturation, tradition, and, of course, variation.

Say it with me: all variants are versions, but not all versions are variants. Hopefully now it makes sense! 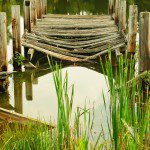 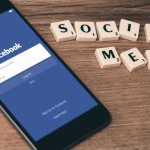