A stitch in time saves nine, said the mother of eight as she sewed up her husband’s pajamas. Wait, what? Welcome to Wellerisms!

We define proverbs as traditional statements of metaphorical wisdom. There are a few different types of proverbs, as well as proverbial phrases such as folk simile and folk metaphor, dite, and so on. A major proverb-ish genre is the Wellerism, which I’ll define and briefly discuss here.

According to Jan Brunvand, the Wellerism is “a saying in the form of a quotation followed by a phrase ascribing the quotation to someone who has done something humorous and appropriate” (97).

That’s a bit unwieldy, but the structure basically comes down to:

In other words, a text would probably look like the following: “Blah blah,” said the XYZ as they were doing the ABC. Here are some examples of Wellerisms (in Brunvand):

As Brunvand notes, common speakers include the Devil, a monkey, an old woman, or a blind man. So it looks like I’ve covered my bases in these examples! The origin of the genre name (though probably not the genre itself) is Charles Dickens’s character Sam Weller in Pickwick Papers, who apparently used many of these types of turns of phrase.

The text with which I began this post – “A stitch in time saves nine,” said the mother of eight as she sewed up her husband’s pajamas – offers some clues as to interpretation and function. As with many kinds of verbal folklore, word play is a way to display cleverness, and thus earn social prestige. I’d argue that this particular item also reinforces the folk idea that women are the gatekeepers of sex: as in, men always desire sex (which is a shitty evo psych story) and women must reinforce their boundaries against that ever-present desire. So, the canny woman is one who thinks up ways to circumvent her husband’s sex drive, and prevent burdensome duty-sex and the attendant possibility of conceiving yet another child to care for.

As I’m not a paremiologist (a.k.a proverb scholar), I’m not up on the trends in Wellerism research, so I couldn’t tell you what other scholars have had to say about this particular text. But I do like how the text deals with sewing on the surface…and is structurally a stitched-together text as well. Sewing is explicitly in the content, while the form is also sewn together from a proverb with added verbal context. It’s a nice parallel. Studying Wellerisms helps us see which units of expressive culture as thought of as discrete enough to be quoted or attributed, and which units of language they’re paired with in order to make sense in a funny, ironic, or otherwise appropriate way. And that is a pretty cool thing when studying language, culture, and folklore. 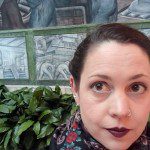 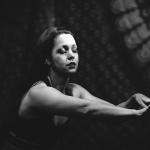