Studying folklore by genre is pretty well established, and we also consider women’s folklore to be a major topic in the field. But it didn’t used to be that way.

Folklore is equal-opportunity, right? Anyone can become an active bearer of any genre, and perform it to their heart’s content, whether we’re talking about jokes, rituals, or traditional recipes.

Well, no. Many genres of folklore are considered appropriate for one gender alone, and further, over the past few centuries folklorists have gravitated toward more masculine and public genres. This default orientation has been called out and corrected in the last few decades, leading to the study of what we now call women’s folklore.

Studying women’s folklore means focusing on women as a folk group: examining the shared culture, traditions, narratives, beliefs, and behavior that women transmit and perform with/for one another. However, this is also necessarily an intersectional enterprise (though I have to note that intersectionality is a concept folklorists are late and few to adopt), because gender identity is always situated within other identities. Plus folklorists are usually anti-essentialist, preferring not to reduce the totality of a person to one facet of their identity. So we might study the folklore of Jewish women, or African-American women, or middle-class immigrant women, and so on.

As with occupational folklore, women’s folklore encompasses many genres and functions, and changes significantly over time and space. Domestic, private, and household contexts generate different types of folklore than do public and commercial ones… which also impacts what folklore scholars have access to. If a male scholar goes to do fieldwork in a society where men dominate public spaces and it’d be inappropriate for him to sit alone with a bunch of women to collect their folklore, guess what he’s going to end up collecting? Hopefully he has the sense not to pass it off as the folklore of all people in XYZ culture.

When I teach women’s folklore, I like to focus on a few different aspects: images/representations of women in folklore, genres of folklore associated with and practiced by women, and feminist ethnography. In my mind, it’s valuable to foreground gender as a major theme in most folklore, and this is a useful place to start since many students can leap into the study of, say, fairy tales, and recognize the highly dualistic ways in which female and male characters are portrayed. Adding contextual information about who the tellers, writers, and collectors are can further help us understand how folktales are a women’s art form in many cultures, which leads into the study of women’s folklore genres, and in turn helps us think about ethical and feminist ways of collecting and studying folklore.

Folklorists have also developed the theoretical concept of coding in close connection with women’s folklore. Put briefly, since women as a distinct folk group lack power in many societies, we often come up with ways to disguise and downplay subversive messages.

As mentioned above, the study of women’s folklore initially emerged as a corrective impulse. The first publication on the topic was Women and Folklore: Images and Genres, a collection of essays edited by Claire R. Farrer in 1975. In it, she observes:

We were stating that women’s lives were not simply derivative and reproductive but were strongly active and productive. Our papers indicated as well that women’s folklore was often responsive to a different aesthetic than the male pattern that ruled. (ix)

The question of aesthetics is an important one, and one that feminists in other fields have raised, investigating topics like women’s writing and visual art. Many scholars of women’s folklore are themselves women, and self-identified feminists, but not all. In some cases, women scholars were better positioned to access these topics than their masculine peers, with subjects like family stories and gossip, or narratives related to motherhood.

The field of women’s folklore continued to expand, with the 1985 publication of Women’s Folklore, Women’s Culture (edited by Rosan A. Jordan and Susan J. Kalčik), and the 1993 publications of Feminist Messages: Coding in Women’s Folk Culture (edited by Joan N. Radner) and Feminist Theory and the Study of Folklore (edited by Susan Tower Hollis, Linda Pershing, and M. Jane Young). I regularly teach essays from all of these books, and the topics therein range from girls’ playground games and quilting to images of women in fairy tales and religious texts.

We miss a lot when we assume that the traditional knowledge, behavior, stories, and material culture of the more visible or dominant gender is the extent of what that culture has to offer. Women’s folklore offers a significant corrective to this assumption, and further, investigating the representations and replication of gender roles in traditional culture helps us better understand gender in general. I’m happy to say that the study of women’s folklore is still going strong. 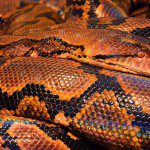 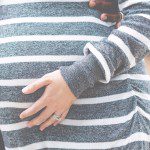