Why do folklorists bother studying expressive culture? It turns out that we’re looking for insights into worldview, or what people believe to be true about the world. And that’s very valuable indeed.

According to my mentor, Alan Dundes, the search for data on worldview is in fact a key reason to study folklore specifically. He writes:

No genre of folklore is so trivial or insignificant that it cannot provide important data for the study of worldview. Worldview, the way a people perceives the world and its place in it, permeates all aspects of a given culture and this is why the pattern of the whole is to be found even in that whole’s smallest part. Yet it is not always easy to discern patterns of a worldview, especially when one attempts to look at a culture as a whole. Methodologically, it makes more sense to examine microcosms, and from these examinations, one may have better access to the corresponding macrocosm. (1989, 83).

First, that paragraph gives a good definition of worldview: the way a folk group perceives the world and their place in it. To this, I would add that worldview encompasses factors like morality, causality, ethics, aesthetics, and more. Our worldview is what tells us what is good, right, and beautiful in the world; what makes the sun rise and set; what happens after we die; who deserves access to which resources; and perhaps even who deserves violence.

Next, Dundes presents the idea there’s a definite relationship between culture, folklore, and underlying values. Those of us in folklore and anthropology hint at this in the culture reflector theory, which I sum up as follows:

With our inquisitive fingers on this popular pulse, folklorists can analyze the deep connections between folklore and culture, aiming to understand the values beneath the stories. Folklore may not be an exact mirror of culture, but it certainly reflects culture on some level, and discerning the ripples and patterns of that reflection can lead to important insights on a societal scale.

Finally, linking folklore with worldview provides ammunition against the argument that much folklore is too trivial to be taken seriously. That’s an important if obvious point to make, since when I tell people I study folklore there’s still occasionally an eyeroll response, as in, how could that be worthy of your time?!

Let’s move on to a case study. In “As the Crow Flies: A Straightforward Study of Lineal Worldview in American Folkspeech,” Dundes takes folk speech as his topic, and compiles an extensive list of all the things Americans say involving lines vs. circles. Examples include:

There are plenty more texts in the article. In his analysis, Dundes suggests that Americans “perceive both time and space in lineal terms” (208). Our perception of history as a forward-moving progression, and our division of space into rectilinear forms, may say more about us than about how the world truly is. Of course the truth is probably a bit more nuanced than that, but I tend to assign this essay by Dundes because I think it helps show one avenue that folklorists can take to work on worldview.

In theory we can study worldview using any genre of folklore (or combining multiple genres, as I did in my keynote on the body in folklore). However, the use of folk speech to illustrate worldview is appropriate; as folklorist Barre Toelken observes:

A language not only communicates; it articulates a worldview. (22)

Again, you don’t have to go all Sapir-Whorf hypothesis (the idea that the language we learn literally structures our brains and hence our sense of reality) to understand that the language we speak and the folklore we perform both shapes and reflects our values. And this is a huge reason we study folklore: to help articulate cultural senses or understandings that people not may be able to consciously speak, but which compel them to act nonetheless.

Dundes, Alan. “Pecking Chickens: A Folk Toy as a Source for the Study of Worldview.” In Folklore Matters, ed. Alan Dundes. Knoxville: The University of Tennessee Press, 1989. 83-91.

—.  “As the Crow Flies: A Straightforward Study of Lineal Worldview in American Folkspeech.” In The Meaning of Folklore: The Analytical Essays of Alan Dundes, ed. Simon J. Bronner. Logan: Utah State University Press, 2007. 196-210. 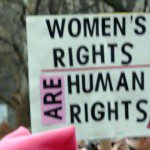 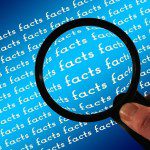