Where do human rights and fascism collide? In a lot of places, obviously, but also in the history leading up to the UN Universal Declaration of Human Rights.

So, I’m becoming  better-acquainted with the UN Universal Declaration of Human Rights as part of a course I’m teaching this semester. There are DEFINITELY implications for the debates happening right now in the U.S. around hate speech, and whether fascists/racists deserve a platform for it.

One of those implications stems directly from the Nazis, because the folks gathering to draft the declaration after WWII were sick of having to deal with fascists and the consequences of them having the power to act on their beliefs. I thought this paragraph from a book chapter about the drafting of the Declaration was especially poignant, given the current context about Charlottesville as a performance of white supremacy and the questions of whether fascists like Milo Yiannapoulous deserve access to platforms.

Articles 19 and 20 of the Declaration presented the drafters with the special problem of how tolerant a tolerant society should be of those —like Nazi and fascist groups — who themselves are intolerant in word or deed. The answer to this question depends on the level on which the question is raised and even then we must distinguish between word and deed. It would seem that when a nation is in the process of organizing itself around a constitution or principles based on respect for human rights, at that point it does not make sense to give Nazis and other intolerant groups an equal, or even any, voice in the drafting process. It was no violation of any of the rights of the Nazis, or of any of the other Axis powers, that they were not invited to San Francisco to help organize the United Nations and that they were not asked to help draft the Universal Declaration of Human Rights. Both of these events took place precisely because the world community wanted to protect itself against Nazism, racism, and fascism. The participation of the intolerant in public life, if there is to be such, must not be along lines they, the intolerant ones, draw up. That would perpetuate the horrors. This is not simply a question of who has the power. It is also a question of justice, for justice does not require that people who refuse to take a moral point of view be given a veto over the arrangements of justice that are being made. As John Rawls observes, “justice does not require that men must stand idly by while others destroy the basis of their existence.” (80) But this does not answer the question of how tolerant a tolerant society —once it has been established — should be of those who are themselves intolerant in word or deed. (66)

What really grabbed me was the statement, That would perpetuate the horrors, in response to pondering what would happen if intolerance people (like white supremacists a.k.a. Nazis) would be allowed to take part in public life, to the point of helping draw up a society’s charters.

Obviously we could split hairs all day about what counts as free speech, and just *how* much hate speech has to be seen as inciting eventual violence to be considered as such (as someone with Jewish heritage, clearly I fall along lines saying “well if they say they wanna kill us then just maybe we should take them seriously).

This seems quite relevant to what’s happening in America (as well as worldwide) today, so even though I’m out of space to assign more readings in this particular class, I might try to find a way to work this material into a lecture. It seems worth it for college students to gain more exposure to this material.

I know there’s never enough time in the day, but I’d encourage everyone to review the UN declaration and decide whether the speech of fascists fits in to it. Study the history behind it, too….because there are damn good reasons it was drafted the way it was. 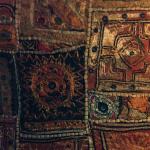 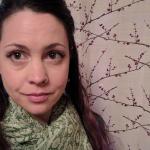 August 29, 2017 Thoughts on The Plight of the Independent Scholar
Recent Comments
0 | Leave a Comment
Browse Our Archives
get the latest updates from
Foxy Folklorist: Folklore, Culture, Sex
and the Patheos
Nonreligious
Channel
POPULAR AT PATHEOS Nonreligious
1