What is this Out of Control Sexual Behavior (OCSB) I keep hearing about on this blog? Isn’t it just simpler to call it “sex addiction” like everyone seems to do? In this guest post, the second in a three-part series problematizing sex addiction, we will dig into the OCSB treatment framework and how radically different it is from the sex addiction model. Spoiler alert, it’s sex positive for a change. 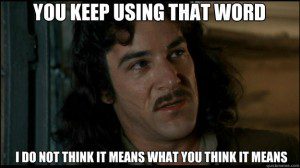 When I showed up in St. Louis for this year’s AASECT [link] Summer Institute, entitled, “Revisiting ‘Sex Addiction’: Transformative Ways to Address Out of Control Sexual Behavior,” I did not know what to expect. Well, that’s not totally accurate. I imagined, in fact, that I was going to be treating myself to a front row seat for a “to the pain” grudge match between, on the one hand, those who vociferously advocated for the sex addiction model and those who maintained (with equal vociferousness), “yeah, that’s not a thing” or, Inigo Montoya style, “You keep using that [term]. I do not think it means what you think it means.”  You know, a Jets vs. Sharks turf war, complete with (I’d hoped) menacing finger snapping and Fosse fingers.

The profession is very much divided and, as Douglas Braun-Harvey (an Institute co-organizer) and Michael Vigorito (2016) note, there is a “tension that prohibits open dialogue about OCSB” (p. 25). But those divisions and tensions were not on full display in St. Louis. To be sure, the sex addiction model was problematized (I’ll get into some of the ways that it was in my next post). And there were (excellent) presentations of alternative models, such as Eli Coleman’s Impulsive/Compulsive Sexual Behavior (ICSB) model (2011) and the Hypersexual Disorder (HD) model as proposed for the DSM-5 by Martin Kafka (2010) and vigorously tested by researcher and clinician, Rory Reid (an Institute presenter, along with Coleman).

But, in fact, one of the major themes of the Institute was, how do we shift from quantifying, understanding, and treating “problematic” or “excessive” urges, behaviors, and fantasies to treating clients who feel that some of their sexual behaviors are out of control. In other words, how do we break out from a disease or medical model where we, as clinicians, are looking for the frequency and incidence of certain behaviors, and shift toward a client- or person-centered model, in which we look at a client’s relationship to their perception of dysregulated behavior and change is focused “in the direction of each [client’s] personal sexual health goals” (Braun-Harvey & Vigorito, 2016, p. xv). In the remainder of this post, I will examine the OCSB framework, as it was explored at the Institute and as it is presented in detail within Braun-Harvey and Vigorito’s excellent book, Treating Out of Control Sexual Behavior: Rethinking Sex Addiction.

Braun-Harvey and Vigorito (2016) define OCSB as “a sexual health problem in which an individual’s consensual sexual urges, thoughts or behaviors feel out of control” (p. 28). I italicized four terms in that definition (which appears in various forms throughout their book): “sexual health,” “problem,” “consensual,” and “feel.” Each of these terms correspond to a central tenet or feature of the OCSB treatment framework and I will treat them here in turn, although not necessarily in the order they are used in the definition itself.

A Problem, Not a Disorder

“Without existing scientific or psychiatric consensus to establish a sexual regulation disorder,” write Braun-Harvey and Vigorito (2016), “we built our model on the assumption that OCSB is a behavioral problem” (p. xv). In other words, OCSB refers, at the outset, to a sexual problem and not a mental health or behavioral disorder. As I explored in my first post and as clinicians like David Ley (2012) and historians Barry Reay, Nina Attwood, and Claire Gooder (2015) have shown, there is a rich (and troubled) history of the medical and mental health establishments (often at the instigation of or in collaboration with moralists) trying to pathologize non-normative sexual behaviors (in contemporary parlance, paraphilias, pace John Money), dysregulated sexual desire, or what we have come to think of as hypersexuality.

I should hasten to add that contemporary efforts, such as Eli Coleman’s to describe Impulsive/Compulsive Sexual Behavior (ICSB,2011) and Rory Reid’s work to scientifically validate Hypersexual Disorder (HD) explicitly set out to promote and engage in a “scientific process free of sexual judgments and cultural disapproval” (Braun-Harvey & Vigorito, 2016, p. xv)—Coleman’s ICSB is a model that draws heavily from a sexual health foundation (as does OCSB); and Reid’s work with Martin Kafka’s original HD proposal for the DSM-5 (2010) was designed to include numerous safeguards to ensure that “individuals who merely have high libido or alternate sexual behaviors” are not over-pathologized (Ley, 2012, p. 210; see also Reid et al, 2012).

Additionally, as Rory Reid noted at his Institute panel, how we name and categorize a phenomenon implies “potential etiology, mechanisms, [as well as] how [it is] operationalized” and has enormous “ramifications for treatment approaches, and research frameworks for the scientific community.” I would also add that the language clinicians use can have deleterious effects on the client’s sense of self as well as on the vitally important therapeutic relationship. A name can be a powerfully negative way of emphasizing pathology and losing the person presenting with the symptoms. This is to say, a client ceases to become a being of flesh-and-blood named Greg (a cis male from Oregon; with two kids and a partner named Jeff; and a love for fantasy football, scary movies, and cooking elaborate meals), and instead becomes subsumed by their diagnostic label, becoming “the sex addict” or “borderline” or “OCD.” Don’t get me wrong, clinicians assess and diagnose (there is a beautifully detailed section in Braun-Harvey and Vigorito’s book on assessment instruments, by the way), and doing so is often quite helpful (if not sometimes vital) in treatment plan formulation (and not just because insurance companies ask clinicians to diagnose for reimbursement purposes).

To my mind, a more operative and helpful set of questions revolves less around affixing a diagnosis (and, thus, playing into a disease model), but rather in focusing the therapeutic encounter on asking, as David Ley did at his Institute panel, “What ‘function’ is this behavior serving?” Or, as Braun-Harvey and Vigorito put it in their book (2016), how can we as clinicians compassionately, empathetically, authentically, and non-judgmentally work with our clients to understand “what the client wants to achieve for [their] sexual health rather than the sexual-disorder symptoms [they] should overcome or what the therapist thinks is sexually appropriate” (p. 7)?

Up next: Crisp, concise, economical prose has never really been my strong suit, I’m afraid. In the second half of this post, which should go live later today, we will cover the remainder of the OCSB framework, with a special emphasis on the client’s subjective felt experience and the framework’s sex positive, principle-centered sexual values foundation. I hope you’ll tune in. In the meantime, rest your eyes; take a deep, cleansing breath; and as one apparently does after a trip through space-time at Ludicrous Speed, “Smoke if you got ‘em.” 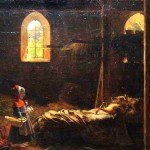 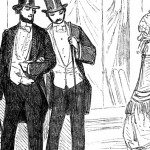