When I teach about cultural appropriation in the college classroom, there’s always more material than there is lecture time. So here’s a round-up of things to consider.

In my giant lecture class on folklore at Berkeley, I spent the last week talking about folk dance: on Tuesday we covered belly dance in America, and on Thursday we discussed African-American stepping and Japanese-American taiko. I’d wanted the lectures to provide a complementary approach to not only how folk dance is conceptualized and performed in America as expressions of both group and individual identity, but also how gender is expressed through dance and creative movement.

After the belly dance day, though, my students wanted to hear more about cultural appropriation. I’ve addressed appropriation in American belly dance in a blog post (Part 1 and Part 2), but I wanted to bring something else in. So, because we were already talking about stepping on Thursday, I showed this Buzzfeed video: The Try Guys Try Stepping. It’s a little funny and irreverent, but I like how it shows outsiders being invited to try a dance form that’s clearly not theirs. I think it mostly exemplifies a respectful interaction.

This blog post at Black Nerd Problems further deconstructs the video and why it’s an example of cultural appreciation rather than cultural appropriation: it foregrounds the bodies of black men, shows the outsiders there to humbly learn, and emphasizes respectful interaction over tourism or entertainment. As I stated in class, the Try Guys didn’t go on to open their own stepping studio to take what they’d learned and monetize it, though clearly the video was a publicity stunt and represented some social and/or financial gain for all parties. They didn’t claim to have subsequently mastered this art form, and try to benefit from it economically.

All of the above are important points because in my mind, one of the crucial conversations to have about cultural appropriation revolves around power. If you’re learning something that comes from someone else or somewhere else, be aware of the power dynamics between your respective groups. Don’t monetize other people’s art forms if they benefit from doing so. Don’t perpetuate harmful stereotypes that continue to impact people’s lives.

This is why I really like belly dancer Meg Morley’s blog post, Let’s Talk about Orientalism Instead of Cultural Appropriation. Morley cautions us to be attuned

to the Orientalist stereotype of the Middle East as an exotic spectacle for us to consume, rather than a home to groups of people with whom we have similarities as well as differences, and who we should try to understand as fellow and equal human beings. It reduces Middle Eastern dance to an exotic spectacle for Western consumption to do a belly dance piece that uses traditional props out of context and instead places them in a fantasy Pharaonic context, that also uses fusion props and then more traditional props again.  This is reinforcing a stereotypical image of the Middle East as exotic and different from us, and placing it on display for our viewing pleasure, thereby reinforcing the power differential between West and East and subtly justifying the need for the U.S. to control the Middle East, and therefore a form of Orientalism.

Conversations about cultural appropriation are still obviously relevant, but adding the dimension of Orientalism, which is clearly about a power differential, helps us fine-tune these debates.

I’ll end this post with another link, this one to belly dancer and dance scholar Asharah/A. Keyes’s post Dancing with a Clear Conscience. Keyes shares a number of helpful links, and reminds us of the cultural complexity of the regions whence the dance form derives. She encourages us to explore multiple paths to less-oppressive practices, such as grounding our dance studies in an understanding of Arabic music rather than completely divorcing the dance form from its cultural contexts (which is, of course, a form of imperalism). Here’s a chunk of the post I really like:

This dance form is inherently hybrid, transcultural, and transnational. To essentialize it as only “Middle Eastern” or “Arab” or “Egyptian” denies it its cross-continental influences and history as a living, changing dance form. But we also must recognize that hybridity doesn’t allow us the privilege of turning a blind eye to aspects of our practice that, once identified, make us uncomfortable or that, frankly, are a little bit racist (and of course there are the people who will always think that a white-passing body performing belly dance—regardless of aesthetic, artistic, or emotional quality or cultural knowledge—is always racist). We must also accept that its 100+ years long hybrid history in North America does not absolve us from cultural responsibility, because so much of that history—from the 1893 Chicago World’s Fair, to the Little Egypt phenomenon, to the Hootchy Cootchy; to the self-Orientalizing American Middle Eastern nightclubs of the 1970s; to adoption of belly dance by second-wave feminists as an expression of independence, sexuality, and empowerment—has been an embodied fantasy of an exoticized (and often eroticized) Middle East. That is the legacy we have inherited. How will we continue forward?

Keyes makes a number of excellent points here, which I firmly believe every belly dancer should be aware of, and which should inspire us to do further research. We can always do more research, and learn more, and respond with empathy rather than defensiveness when others question what we’re doing.

As a cultural scholar I do not believe that culture is static, or that tradition is unchanging. Clearly cultures have always borrowed from one another, sometimes messily and problematically. Saying you can only practice the art forms of your ancestors is a dead end, but making everything a postmodern free-for-all doesn’t work that well either.

I wish I’d had a skeleton key to unlock the ethical dilemmas of every instance of cultural appropriation vs. appreciation/borrowing to give my students in that lecture… but I don’t. No one does. We have to keep trying our best, which means doing our research and listening and learning. 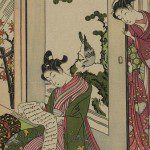 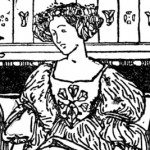