Genitals, Stigma, & Shame (or why camel toe needs to die in a fire)

Genitals, Stigma, & Shame (or why camel toe needs to die in a fire) September 5, 2016 Jeana Jorgensen

I don’t know whether to blame lack of universal, accurate sex education in America, or the more general sex-negative and sex-phobic lens of mainstream American culture, but it seems to me that people don’t know what’s up with their genitals. Things having to do with genitals are largely seem as shameful, and hence too stigmatized to discuss openly. This is problematic, for a number of reasons.

First, there’s a lack of understanding on a culture-wide scale of what genitals are supposed to look like. This leads to shaming people for having otherwise normal bodies.

Exhibit A: camel toe. This is the slang expression for when a woman’s vulva, typically the outer labia, can be seen through tight pants or whatever. Personally, I think this is a silly thing to get worked up about, but professionally, I’m really disturbed about this kind of body-shaming. What it effectively does is say that women with larger labia or more shapely vulvas should not wear certain kind of clothing. Why on earth would the shape of your genitals matter for what you can wear?! I’m also disturbed on a feminist level, since I don’t see similar shaming directed at men with visible genital outlines; there might be joking or gentle shaming, but nothing as nasty as the vitriol directed at women with certain anatomical configurations who dare wear tight pants. I don’t care if people think tight pants aren’t appropriate for every context; I’m not into that level of body policing. People should be able to wear what they want in most situations and not be shamed for it. Full stop.

Next, if you don’t know what’s normal for genitals (both yours and those of anyone you might be intimate with), you won’t know when something’s off. Everyone freaks out upon discovering bumps “down there” – but how do you know when it’s a sore or lesion from an STI like syphilis or HSV/herpes-2, rather than a zit on one’s penis or vulva? The possibility of having a pimple, or rash, or clogged hair follicle exists too, but people might leap to the worst case scenario without having a sense of what a completely normal skin condition looks like because, horror of horrors, of its location on the genitals.

I’ve also heard STIs such as HPV and HSV/herpes referred to as “acne on your genitals”* to emphasize that they are, in their most benign manifestations, just a superficial condition. Bumps on your genitals aren’t necessarily any better or worse than bumps on your face; maybe they’re not cosmetically what you’re after, but they’re not going to kill you, either (again, assuming that there’s not something else going on health-wise meaning that you need medical attention, as when HPV can lead to cervical cancer). I’m still deciding whether I think the metaphor is useful, but if thinking about genital bumps as essentially akin to acne helps de-stigmatize the whole thing, maybe it’s worth chewing on?

Finally, there’s a pervasive belief that the size and shape of people’s genitals has something to do with their sexuality (who they’re attracted to, how/whether they express it, which acts they find pleasurable, etc.). Women with large clits are supposedly masculine or hornier than average; men with a large penis are more virile and manly, while the opposite’s true of men with smaller genitals, and so on. These stereotypes are toxic and, like camel toe, also need to die in a fire.

Having a bigger or smaller or more protruding or less visible set of genitals doesn’t mean anything about you, who you like, or what you like. The stigma attached to less-accepted versions of genitals is harmful to sexual self-image, confidence, and body image. As Dr. Emily Nagoski says, all genitals (men’s, women’s, intersex, transfolks) are made of the same parts, arranged differently. Variation and diversity are normal for humans… so why aren’t we better at recognizing that?!

*Not to get too meta, but both “camel toe” and “acne on your genitals” are slang/folkspeech, or figures of speech that are transmitted informally or traditionally, and show variation over time and space. I like to point this kind of thing out due to my folklore background, and because when I teach folklore, I like to emphasize that folklore never exists in a vacuum: it often mirrors the values of the group transmitting it. In this case, “camel toe” reflects the normativity of scrutinizing female bodies and female sexuality, while “acne on your genitals” is a bit more subversive: it’s not necessarily a dig on a specific person’s or gender’s body. Rather, it shows the emerging idea that downplaying rather than overemphasizing the link between bodies, sexuality, and morality might be okay. And I find that fascinating! In folklore (as with human sexuality), variation and diversity are essential players, and thus I’m not surprised to find folkspeech displaying different attitudes toward the same parts coexisting… 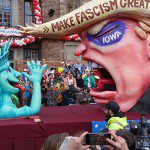 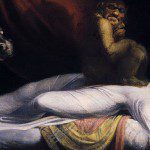