Why I Hate the Naturalization of Femininity, and You Should Too

Why I Hate the Naturalization of Femininity, and You Should Too December 7, 2016 Jeana Jorgensen

Let’s make it seem like women’s bodies are self-contained vessels of naturally-occurring perfection! That’s a great idea…said no woman ever.

This is a bit of a ranty post, and there’s an obvious parallel to the invisible forces at work shaping masculinity and men’s bodies too. But for now, on to the ranting about femininity in fairy tales, fashion, and more!

I’m putting on a racer-back bra under a new shirt. I turn to check out the back in the mirror, to make sure the bra straps aren’t showing. They aren’t, but I can see little bumps under the shirt where the bra can be adjusted.

No big deal, right? It’s not as bad as visible bra straps, right?

But what makes visible bra straps bad? What makes the mere suggestion of undergarments inappropriate? Obviously there’s a chunk of sex negativity mixed in, with the idea that the garments that come into contact with sexy body parts should be hidden forever because sex is filthy, dirty, icky, immoral, bad, only good when in the context of heterosexual monogamous procreation, etc.

And those are all good conversations to have, but right now I want to talk about the naturalization of femininity. By this, I mean all the ways in which women’s bodies and selves are molded into an ideal in ways that should be invisible. No one should see all the work going into your diet, wardrobe selection, or beauty regime…because it’s natural. It needs to happen routinely and perfectly, as though you rolled out of bed this way. I’m calling it “naturalized” because it’s not only presented as natural, but also as part of a process that obscures its origins.

This cultural concept goes a long way back. We see it in fairy tales, for example, where the natural beauties like Snow White and Cinderella outshine their rivals effortlessly. Women in fairy tales do go to great lengths to enhance their beauty, but always in ways that conceal the origin of the effect once it’s put into place.

As Snow White’s wicked stepmother’s irresistible offer illustrates, what we generally learn as children is that all princesses are beautiful and may even try to improve their beauty. In fact, their beauty is their wealth–quite literally, since being beautiful enables them to win a prince and a fortune. Hence, what fairy tales foreground is the idea that femininity is closely linked to aestheticization, and that beauty is a feminine virtue which needs to be cultivated. Whether it be Psyche enticed by Prosperine’s beauty cream or Snow White lured by the Wicked Queen’s gaudy stay-laces, these female characters exemplify how much their own fate depends on their physical appearance, on their power to construct a self which matches male exceptions. (5)

And then we get to pop culture and fashion, where the same message prevails, and invades our lives in ever more pervasive and personal ways: the need to shave or groom body hair, the need to be trim or skinny, the need to have one’s breasts look just right. The moral connotations of being fat are one example of this. The freak-out over women wearing “revealing” clothes is another.

Little of what I’m writing here is new; Naomi Wolf made many of the same criticisms in The Beauty Myth. One of my favorite passages in the book is:

The real issue has nothing to do with whether women wear makeup or don’t, gain weight or lose it, have surgery or shun it, dress up or down, make our clothing and faces and bodies into works of art or ignore adornment altogether. The real problem is our lack of choice. (272, italics in original)

What I am pointing out, however, is that multiple aspects of Western culture not only push a restrictive and unattainable ideal of femininity, but they also do so through the mechanism of naturalizing femininity into an invisible (but necessary) effect. This is, of course, another form of emotional labor that women are expected to take on (look pretty! but don’t talk about or reveal all the work that goes into it!).

And don’t get me wrong: I love body art, adornment, and beauty in general. My feminism encompasses the notion that self-adornment can be creative, playful, fulfilling, and radical when we make it so (but of course it can also be a tool of the patriarchy).

Can we use the master’s tools to dismantle the master’s house? The answer, of course, is “it’s complicated.” I suggest that we start with de-naturalizing feminine beauty, deconstructing it, and having a bit of raucous fun from there. And, of course, keep the conversation going! 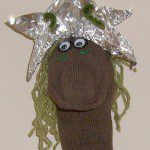 December 6, 2016
Citations Are Not a Liberal Agenda
Next Post 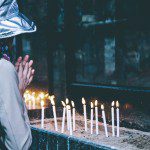