Here’s the Problem with the American Health Care System

Here’s the Problem with the American Health Care System May 7, 2017 Jeana Jorgensen

I feel like I can sum it up in one sentence (and in fact already did so on Twitter, where it got a bunch of retweets). So here goes.

Here it is, in one sentence:

We don’t get to say both “you only get health coverage through work” and say “also everything’s moving toward a gig economy.”

If work is the pre-condition for access to health insurance (or marriage, which is also an arbitrary and fucked-up way to decide these things), and it’s not possible for every citizen to obtain full-time employment, then the system is broken.

It doesn’t matter if some people can’t/won’t/don’t obtain full-time work. If the jobs simply  aren’t there, or if the employers keep people hovering below the full-time line, then the system is broken.

The move toward contingency wouldn’t be so deleterious if it weren’t also happening in a system that equated full-time work with the ability to access health care. And until everyone sees this equation at work, I fear we won’t get anywhere with the health care debates. 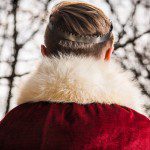 May 6, 2017
Masculinity and Sexuality in Contemporary American Fairy Tales
Next Post 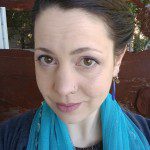