We’re now onto part 5 of my blog series The Case for Sex Ed!

RoleReboot blogger Lynn Beisner beat me to the theme of this post with her post On Josh Duggar And Why It’s Time To Do Away With Abstinence-Only Sex Education. But there are some ideas in her post that I’d like to unpack further and give some background for here.

Beisner explains that Duggar’s behavior (and the family and local church’s response) makes sense in the larger context of Independent Fundamental Baptists (IBF) beliefs. Overlapping social groups that share many of these beliefs include the Quiverfull movement, the Christian homeschooling movement, the purity movement, and the Religious Right.

At their core, Beisner asserts that these groups have “such a big sexual assault problem is that their ‘main thing’ is a set of beliefs about sexuality and purity. Those beliefs are not just based on selected scriptures, they are grounded in an incredibly damaging moral logic that is dismissive of the ethic of consent and that discourages compassion for victims of rape and other forms of sexual violence.”

What else do these groups overlap with? The abstinence-only sex education movement.

Beisner claims to see links between the religious groups and the abstinence-only group in her blog post, but she doesn’t explicate those links in much detail, so I will.

In her book The Sex Education Debates, Dr. Nancy Kendall articulates the central tenets of abstinence-only sex ed. Some key points include:

Looking over this list after typing it, I’m struck (as usual) by just how much this does not resemble anything like a sensible sex education curriculum. And yet it passes as such, and even receives federal funding ($250 million from 2010-14).

The teachings of the fundamentalist groups that Beisner discusses are:

It’s not so hard to connect the dots between the religious doctrines and the slightly-more abstracted abstinence-only principles discussed above. In both, consent is obscured, because if everyone’s acting the way they “should,” with women being demure and unobtrusive, and men gallantly waiting for the right partner to wed, then there shouldn’t be consent violations, ever.

This moral framework – and abstinence-only sex ed IS a moral framework, much as it pretends not to be – occludes the very possibility of consent as a worthwhile topic of discussion. That is no small thing.

We already know that abstinence-only sex education is not effective in preventing teen pregnancies or STI transmission. It erases LGBTQ visibility and upholds outdated, toxic gender norms. But, as Beisner suggests, it also spreads a poisonous rhetoric about consent and sexual assault. This is what we need to combat with comprehensive, fact-based, consent-oriented sex education.

To take another example, directly from a school classroom, Alice Dreger’s blog post about sitting in on her son’s sex ed reveals a particularly horrifying lesson about consent. A presenter said: “You’ll find a good girl. If you find one who says ‘no,’ that’s the one you want.”

Obviously it matters that kids are being told that “no” doesn’t actually mean “no.” The media’s passing along that message too, with ignorant, misleading news coverage of rape cases as well as Hollywood films and TV shows where consent figures in little. Abstinence-only sex ed is full of this kind of rhetoric, as Dr. Kendall documents in book with ethnographic examples from classrooms all over the U.S. Girls are told that it’s their job not to dress provocatively so as not to drive boys to rape, and rape by an acquaintance or date or within one’s marriage is not even discussed as a possibility.

See also: Why Being Sex-Positive, Sexy, or Anything in Between Doesn’t Mean You “Deserve It”

It is no surprise that assault proliferates in environments that are silent around topics of sexuality and consent. As I wrote at MySexProfessor.com in reference to the Steubenville trial:

One of the Steubenville teenagers present at the rape said, “Well, it wasn’t violent. I didn’t know exactly what rape was. I always pictured it as forcing yourself on someone.” Boys are not taught what rape is with the same frequency and urgency as girls are, and that needs to change. Talking about what sex is in concrete terms needs to be part of that change.

So what we need, among other things, is sex education that emphasizes consent, that talks about what sexual assault is and isn’t, and that disentangles sexual behavior from the tangled – and hypocritical – web of morality that it’s become part of in this country. 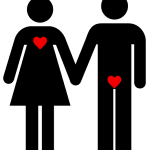 July 4, 2016
We Need to Disentangle Gender From Sex (The Case for Sex Ed Part 4)
Next Post 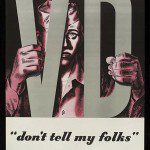 July 6, 2016 We Could Reduce STI Stigma & Improve Public Health…But We’re Not (The Case for Sex Ed Part 6)
Recent Comments
0 | Leave a Comment
Browse Our Archives
get the latest from
Foxy Folklorist: Folklore, Culture, Sex
Sign up for our newsletter
POPULAR AT PATHEOS Nonreligious
1

Nonreligious
I'm Essentially a Knowledge-Worker; How Do I Do...
Foxy Folklorist: Folklore, Culture, Sex
TRENDING AT PATHEOS Nonreligious