Am I too fat? Are you too fat? If you’re a fat studies scholar, you might want to reframe the question to be why does it matter if we think we’re too fat?

If you’ve never heard of fat studies, it is a recent academic field that focuses on how depictions of fatness are socially constructed and on critiquing mechanisms meant to surveil and control fat bodies. I guess you could think of it as doing for fat people what feminism has done for women: pointing at social mechanisms that police specific bodies and saying “Hey, that’s messed up, let’s talk about it and try to change it.”

In this post I’m going to briefly talk about some contributions fat studies scholars have made to our understandings of embodied experience, with special attention to the importance of measurements, medicine, and perceptions of attractiveness.

As Sonya Satinsky and Natalie Ingraham, both scholars, point out, fat studies and public health approaches to fat actually have some things in common. Despite the emphasis in public health on pathologizing fatness as an epidemiological tool, both utilize body measurements:

Public health measures body size to assess, describe, and predict the health of populations while fat studies tends to document body size as a framework for understanding the lived experience of fat individuals and the cultural meanings around the fat body. (143).

Even with these different aims, having some way to measure body size matters for two main reasons, as Satinsky and Ingraham point out. First, if you’re going to argue that fat people face oppression and discrimination – which I think is the case – you need some means of documenting who’s making these claims, like whether they’re actually overweight or not. Second, public health folks are on a quantifying kick, which isn’t inherently a bad thing, but we need to use numbers smartly and with a sense of cultural context to do a good job of it.

For instance, it’s thanks to fat studies scholars that we know the BMI is bunk. Short version is, it was conceptualized by a Belgian mathematician in the early 19th century, who had little to no health/medicine knowledge. He invented it as an all-purpose, good-enough equation that, as it turns out, doesn’t take into account things like gender, body shape, ethnicity, or a bunch of other predictive measures of actual health.

And we also have fat studies scholars to thank for insights into how much bias there actually is in health care and dating. Cat Pause’s ethnographic work on fat people’s narratives of medical care demonstrates that “Doctors need to be encouraged to practice evidence based healthcare, and not make decisions based on BMI; treat the person, and the ailment, not the body size” (139).

As an example of Pause’s findings, take this one personal narrative from a patient recollecting how medical practitioners treated her:

Narratives like this one are common. There are indications that higher weights and body fat percentages contribute to certain ailments, sure…but not to everything. A lot of conditions are so complex that we’re still learning which factors contribute to them, and how much.

Finally, fatness profoundly impacts perceptions of attractiveness. In Christine Smith’s 2012 survey of the available research, she found that numerous stereotypes surrounding fatness – such as that a fat person is out of control or lacks discipline – disproportionately affect women. Her explanation is that:

Women are supposed to be attractive; they report that they feel substantial pressure to be attractive, a beauty mandate…Fat women may be seen as violating that mandate, and as a result, are punished harshly. (629)

How much a person’s amount of fat is actually within their control remains to be seen, but it’s useful scholarly work to ask why this matters and to try to document how much it impacts lived experience. I like to think it’s a nice way for academics to contribute to the cultural conversation.

Satinsky, Sonya & Natalie Ingraham. “At the Intersection of Public Health and Fat Studies: Critical Perspectives on the Measurement of Body Size.” Fat Studies 3.2 (2014): 143-154. 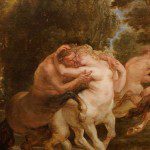 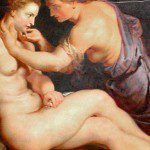